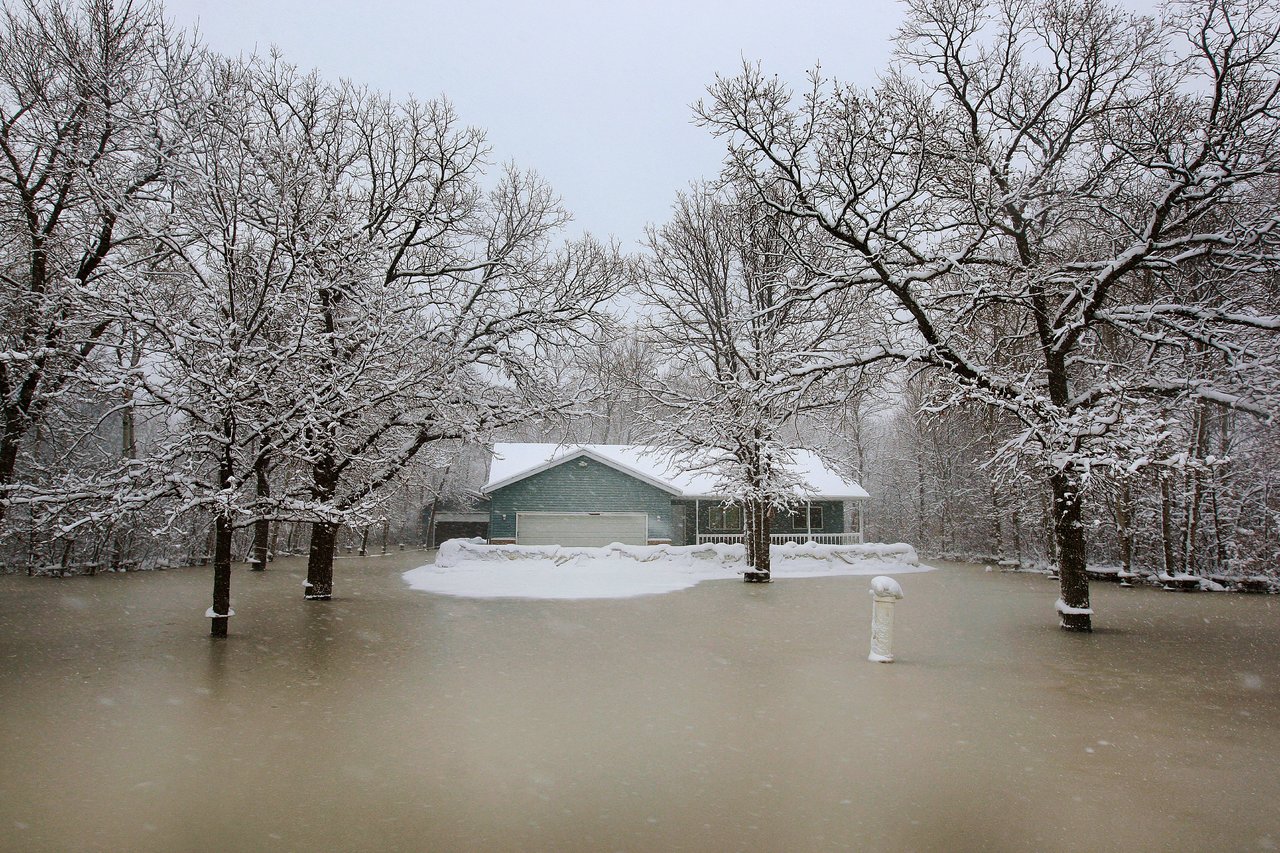 MINNEAPOLIS—EARLIER this month, the Red River – a uniquely north-flowing river that creates the North Dakota and Minnesota border between Fargo and Moorhead, respectively – crested at 35 feet, far beyond the 18-foot marker that designates a flood for the river.

In the weeks leading up to this year's flooding, the Fargo-Moorhead area prepared, as it often does, by opening up Sandbag Central – an assembly line that produces a sandbag every six seconds. Fargo had a goal of filling 1 million sandbags to keep the water at bay while Moorhead, on the more moderately flooded side of the river, aimed for 150,000.

10 Things to Know About Minnesota ]

Flooding is hardly new to the Red River Valley. In 2009, thanks to similar conditions such as frozen ground and rapid snow melt that caused this year's rise, the Red reached 40.82 feet. The river's greatest flood since the 1800s occurred in 1997, particularly devastating upstream Grand Forks.

Since then, cities along the Red River have been buying out the homes of residents in flood-prone areas in order to mitigate damage. Fargo has bought more than 900 homes for more than $250 million since 2009, while Moorhead has spent $52 million on about 90 homes.

However, if all goes to plan, a diversion channel on the Fargo Morehead section of the river will mean cities along the Red won't need these costly programs fueled by a mix of dollars from FEMA grants to hikes in sales tax.

Because of the river's border location, what has been dubbed the Fargo-Moorhead Diversion Project is a partnership among cities, counties and states on both sides of the river and the federal Army Corps of Engineers. The collaboration also entails a first-of-its-kind public-private funding model for the Corps of Engineers.

The project was first discussed after the 1997 flood; Fargo's Cass County started studying flood-protection strategies, and in 2008 the Army Corps of Engineers' St. Paul District began looking at long-term solutions that divert the river away from the homes, businesses, schools and hospitals of North Dakota's most populous city.

"We spent years studying a solution and came up with the diversion plan," says Terry Williams, the Corps' program manager for the Fargo Moorhead risk management project. "There really is no other viable way to provide that 100-year protection," which is another way to say that there's a 1 percent chance of a flood that would exceed the diversion's protection in any given year. Today the project carries a $2.75 billion price tag.

Dr. Dinesh Katti, a civil engineering professor at the University of North Dakota, sees the project as a necessity. "I think there's no doubt, because of climate change, but there are other issues too," he says. "From Fargo all the way up to Winnipeg we're relatively very flat, which means that the rivers flow more slowly." When flooding occurs, the water tends to stay longer than in less flat areas.

After an original proposal to divert the river on the Minnesota side, a revision to move it to the North Dakota side, and a third revision to accommodate permitting requirements in Minnesota, the current effort (dubbed Plan B) is the result of a task force convened by the two states' governors. After a recent injunction by a federal judge that halted the project since September 2017 was modified earlier this month, construction is slated to commence once again.

The project is spearheaded by the Diversion Authority, a board made up of 13 members spanning Cass County and Fargo in North Dakota and Minnesota's Clay County and Moorhead. The group is working closely with the Corps of Engineers as well as bodies like the North Dakota State Water Commission and Minnesota's Department of Natural Resources to meet the requirements of the entities involved.

"There have been challenges, but the one thing I can say, I think both state agencies ... recognize the importance of the project and are doing their best to work with us to resolve them," says Clay County Commissioner and Diversion Authority Vice Chair Kevin Campbell.

Diversion Authority Chair and Cass County Commissioner Mary Scherling agrees: "Water issues are big; they're always tough issues. It works best if we can sit down and work collaboratively."

Another area the Diversion Authority has been responsible for is funding, an issue it has solved in part through its unique solution.

"Quite a few years ago we started looking at how to build the (project) quicker, so what we did was split the project in two where the Diversion Authority builds the diversion channel using a public-private partnership and the Corps designs and builds the southern embankment," Williams explains. This enables both portions of the project to be built simultaneously, and some of the risk is shifted from the public to a private entity, she says. Williams also notes that this is the Corps' first project to use public-private partnership, and it’s looking at the financial setup being used for the Fargo-Moorhead diversion as a potential funding structure for future plans. 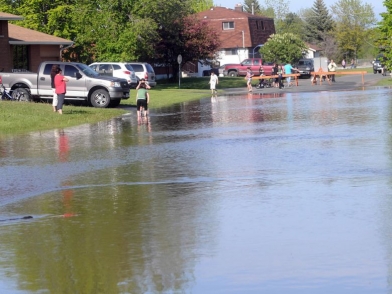 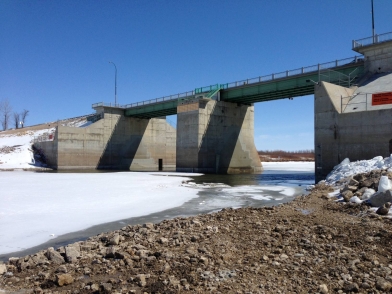 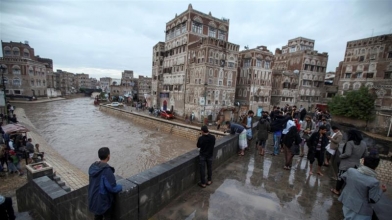