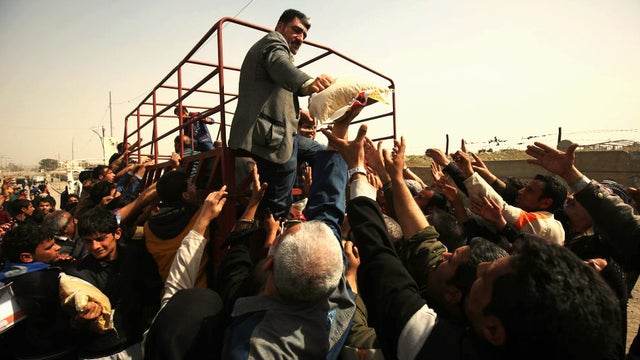 Climate change is making headlines this summer with record temperatures, devastating floods and climate-related migration. But in the U.S., mainstream discussions about climate change are remarkably out of touch with the scale of the crisis and the economic and social upheaval it will bring. Political leaders have failed to put forward a vision for avoiding catastrophic consequences or protecting those most affected.

As UN special rapporteur on extreme poverty and human rights, I recently released a report finding that climate change threatens the future of human rights and will impoverish hundreds of millions, including middle class people in wealthy countries. It will push 120 million people into poverty by 2030 alone, and could lead to a “climate apartheid” scenario where the wealthy pay to escape overheating, hunger and conflict while the rest of the world is left to suffer.

Yet, far from taking appropriate action, we are accelerating in the wrong direction. In the U.S., arguably the country with the greatest responsibility for climate change, President Trump has placed former lobbyists in oversight roles, adopted industry talking points, presided over an aggressive rollback of environmental regulations, and is actively silencingand obfuscating climate science. US fossil fuel companies have long embarked on campaigns to prevent meaningful change and thwart any talk of binding emissions commitments, working to create doubt over climate science and doing serious damage to climate action.

This is not a crisis that can be met with incremental change that avoids rocking the boat. It requires fundamental transformation of energy, agriculture and industry on an unprecedented scale. Unfortunately, the conversation in the U.S. has not caught up to the scale of the impending challenge. By withdrawing from the Paris Agreement, the most promising (if inadequate) step in addressing climate change, the U.S. has ceded a leadership role on this issue and remained mired in denialism that every other country has put to rest.

The many policymakers who rightly accept the scientific consensus are still not setting out a coherent path for rapidly reducing carbon emissions, either at home or globally. The Democratic presidential primary is illustrative of this failure, where the discussion of climate change at recent debates was superficial and unfocused, and the Democratic National Committee has resisted widespread calls for a climate change debate. The Chamber of Commerce line that it will be up to the private sector to solve climate change is a dangerous delusion.

The Green New Deal introduced by Rep. Alexandria Ocasio-Cortez (D-N.Y.)and Sen. Ed Markey (D-Mass.) is representative of what is needed, and would achieve net-zero emissions while investing in green jobs, social support and infrastructure. This is not a progressive wish list, but the bare minimum that is necessary. Climate change cannot be tackled in isolation — it will result in massive upheaval even under the best-case scenarios and requires a robust social safety net to protect people from the fallout.

Some have lamented the costs of climate action while ignoring both the costs of inaction and the economic opportunities of a green transition. Maintaining our current course will not result in continued growth, but rather is a recipe for long-term economic catastrophe — just 2 degrees Celsius of warming will see socioeconomic losses amounting to 13 percent of global GDP and $69 trillion of damage. Meanwhile, we continue to subsidize the fossil fuel industry to the tune of $5.2 trillion per year, or 6.3 percent of global GDP.

Already in the U.S., wealthy people are relying on white-glove firefighters and private-sector flood protection, while low-income communities affected by climate change have been stranded and underserved. A well-managed transition can support the most vulnerable, protect workers, and create good jobs while reducing poverty and addressing discrimination and inequality. But ignoring the scale of this crisis will lead to disaster and take the harshest toll on those least able to bear it.

Philip Alston is the UN special rapporteur on extreme poverty and human rights. Follow him on Twitter at @Alston_UNSR

Bassam Khawaja and Rebecca Riddell contributed to this piece. Khawaja and Riddell are human rights lawyers and senior advisers to the UN special rapporteur on extreme poverty and human rights. 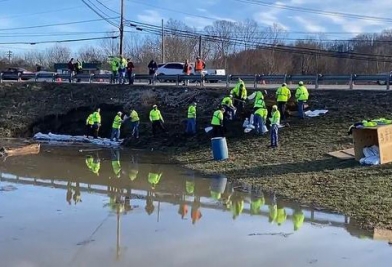 More than 1,000 people in Kentucky are evacuated over fears a dam could BURST as heavy rains see the worst flooding in the area for 60 YEARS 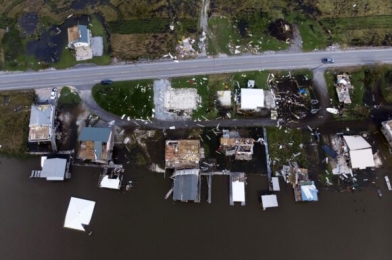 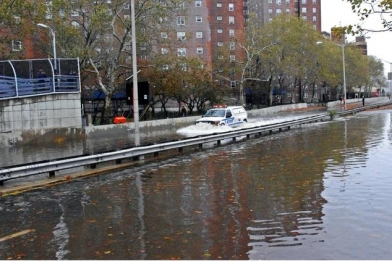