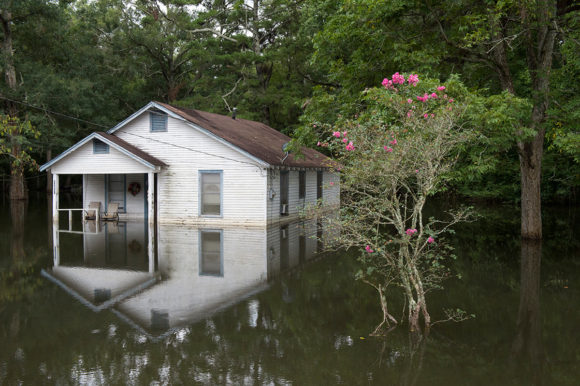 For those who want to move out of a flood zone, the wait time for a home buyout can stretch five years or more, according to the Natural Resources Defense Council (NRDC), which analyzed nearly 30 years of data from the Federal Emergency Management Agency (FEMA).

NRDC’s report describes FEMA policies as “creating a nightmare” for disaster survivors deciding what to do with destroyed or damaged homes.

According to the report, FEMA sets the expectation that projects funded by its Hazard Mitigation Grant Program will be completed in just over three years. But NRDC’s data analysis of more than 43,000 properties acquired or being acquired shows that most projects take more than five years from the flood event to close out the long and complex process that involves local, state, and federal governments, as well as the individual homeowners who want to relocate.

“Because the process takes so long, many homeowners simply rebuild after a flood disaster and hope the next flood misses them,” said Anna Weber, a senior policy analyst with NRDC and co-author of the new report Going Under: Long Wait Times for Post-Flood Buyouts Leave Homeowners Underwater. “As sea levels rise and flood risks escalate, we need faster and more equitable ways to help the millions of homeowners affected by repetitive flooding. Buyouts should be an accessible option for anyone who wants to move.”

In a buyout, a government agency – usually a local municipality – purchases private property voluntarily offered at pre-flood values, destroys the structure and preserves the land in public trust as open space, thus eliminating the risk of flood damage on that property.

The report argues that “relatively little” FEMA money is spent to help people relocate compared to the $68 billion the nation has spent since the late 1970s to rebuild flooded homes. The median buyout amount was approximately $54,000, based on the pre-flood market value of the home.

FEMA has funded buyouts in 49 states as well as in Guam, Puerto Rico, and the U.S. Virgin Islands. Among states with at least 500 buyouts since the late 1980s, the longest time frames are found in Illinois, Indiana, Louisiana, and Texas.

Congress has boosted appropriations for FEMA’s Pre-Disaster Mitigation Grant Program — which funds buyouts as well as elevating homes before disasters strike — from $25 million in 2015 to $250 million this year. Over the past three decades, federal and local governments have spent more than $5 billion on buying vulnerable properties across the country, according to an Associated Press analysis of data from the FEMA and the Department of Housing and Urban Development.

The AP analysis shows buyouts have been getting more expensive, with many of the costliest coming in the last decade after strong storms pounded heavily populated coastal states such as Texas, New York and New Jersey.

The National Institute of Building Sciences contends that society as a whole saves $7 in avoided costs for every $1 spent through federal grants to acquire or demolish flood-prone buildings.

The NRDC study notes that buyouts are complex efforts that include funding availability, state and local capacity, community engagement, land use planning, cultural heritage, and social and environmental justice. “However, one relatively simple factor can torpedo buyouts’ effectiveness: the amount of time it takes for them to be completed,” the study concludes.

The report says that since Hurricane Harvey in 2017, thousands of families in Houston have sold their homes to real estate speculators for a fraction of their value due to uncertainty and years-long waits over public buyouts.

Earlier research conducted by NRDC found the most flood-prone homes in the nation are likely to be owned by lower-income residents.

NRDC recommends that the government investigate the reasons for delays in the current process and study how to make buyouts more timely and accessible, especially for low-income homeowners.

“The way we do buyouts is already horribly insufficient to help people move to safer locations. As hurricanes and flood disasters become more common and sea-level rise threatens coastal communities, we need to vastly improve how we deliver this assistance,” said Rob Moore, director of NRDC’s Water and Climate Team and report co-author. 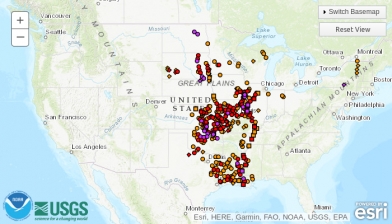 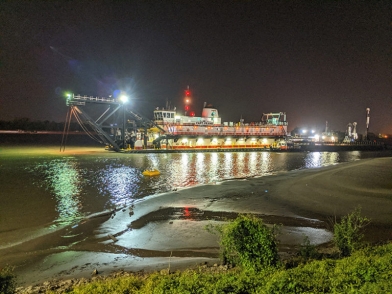 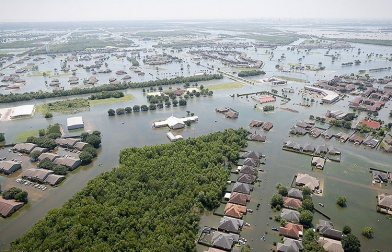