Subscribe successfully!
How can big cities adapt to risks of floods? 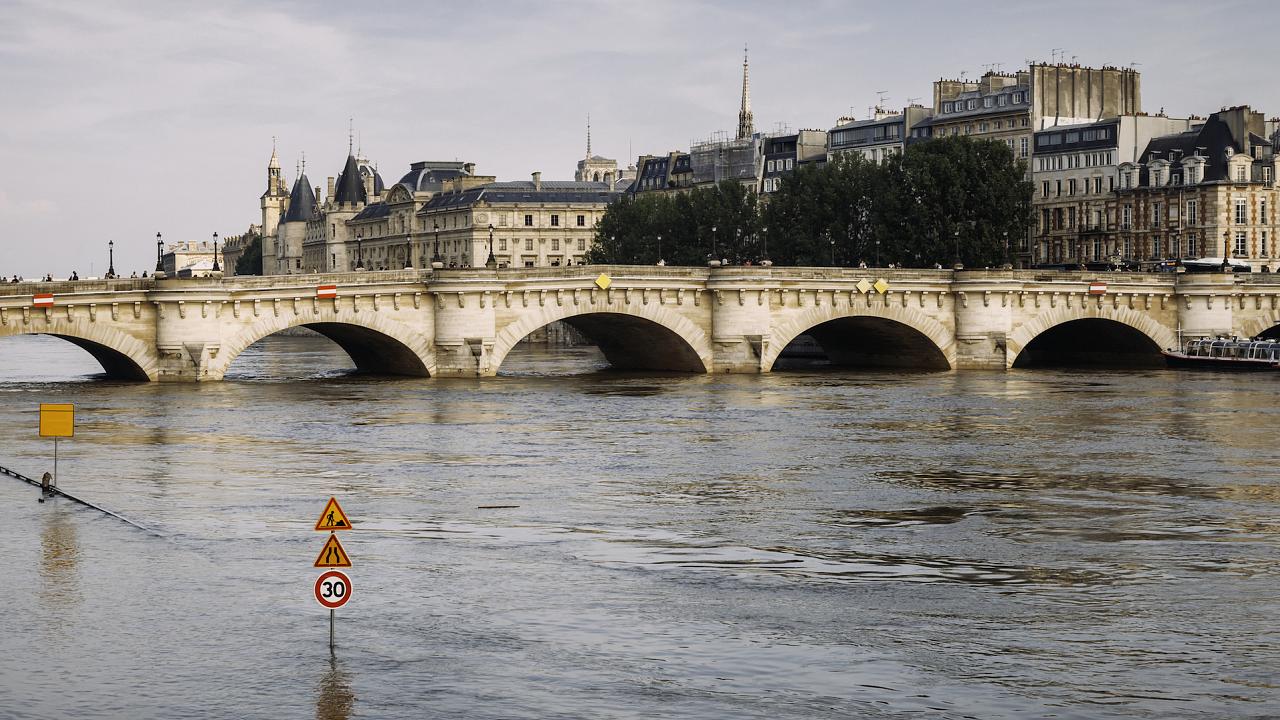 Shifting climate patterns are leading to more unpredictable weather extremes and changes in urban infrastructures are leaving cities around the world exposed to floods.

Last November, mudslides swept through Europe’s 2019 Capital of Culture, the Italian city of Matera as heavy rains battered the region of Basilicata. Authorities estimated damages to homes, businesses and infrastructure topped 8 million euros in damages. Typhoon Hagibis, the strongest to hit Japan since the late 1950s, cut electricity networks and flooded infrastructure across the country’s cities. And areas less used to floods are starting to see more of these extreme events.

Changing flood regimes - the case of Europe
Extreme rainfall, snowmelt, storm surges, and sea-level rise are most often behind river and coastal flooding, affecting lives in cities and the countryside. Flood trends across the European continent vary and will continue to, says the European Environment Agency (EEA), as warmer temperatures might lead to more intense precipitation and longer dry spells. Throughout this century, estimates say most parts of Europe will experience up to 35 percent more heavier rains in winter, while summers will be drier for regions in southern and south-western Europe. 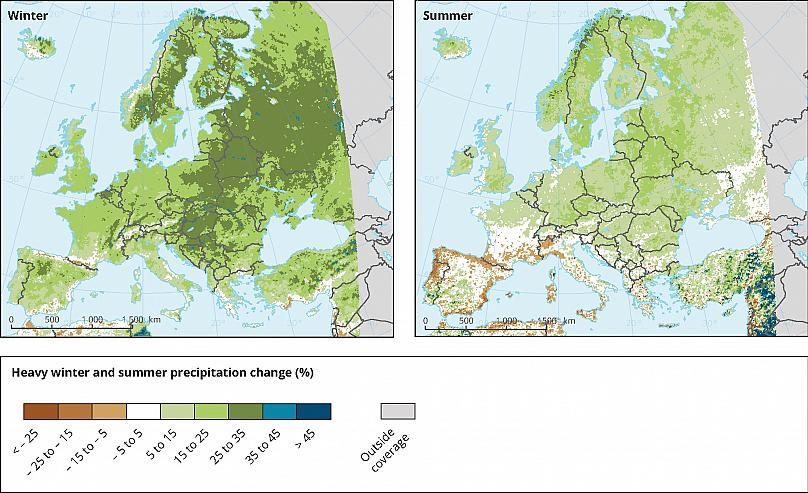 River floods, already one of the top extreme climate events in Europe, will reflect the predicted changes in rainfall as shown in another EEA assessment. Future estimates say that once-in-a-century river floods will be seen more often across the continent, save for several northern regions, southern Spain, and Turkey.

Floods and urban infrastructures do not mix well

Flooding from rainfall will likely increase also as temperatures increase, and winters become wetter, with frequent rain and less frequent snow; across some European cities, flood risk might rise significantly. In the UK, 85 percent of cities on rivers might be facing more floods by the second half of the century, according to a study on 571 cities across Europe.


“In a future where our greenhouse gases emissions continue to increase steeply, the most optimistic projections for river flooding see a worsening in the north, and especially, in north-western Europe,” says Dr. Selma Guerreiro, hydrology and climate change researchers at Newcastle University and the study’s lead author. “However, the most pessimistic scenario shows most European cities affected by increases in river floods.”

The study points out that 10-year high river flow in cities in the UK, Belgium, the Netherlands, and Scandinavia will see increases of up to 20 percent. Should greenhouse gases emissions continue to rise at current rhythms, high flows in several European cities (e.g. Santiago de Compostela in Spain, Cork in Ireland, or Braga in Portugal) might increase by over 80 percent. 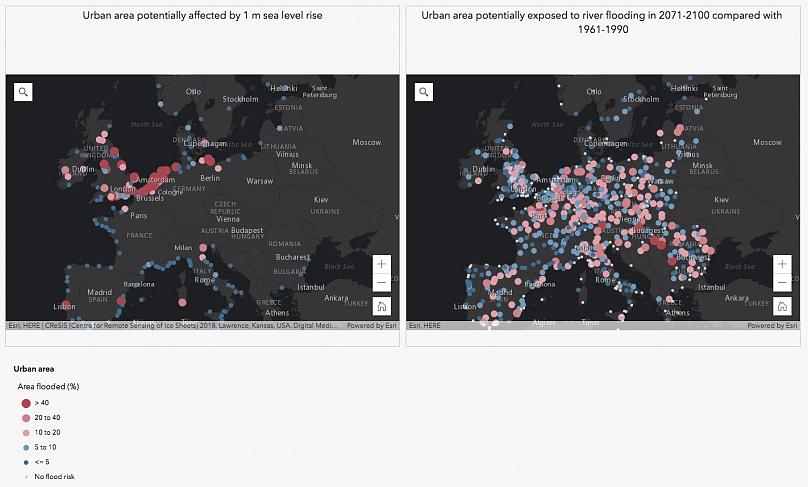 It’s not just the rain that might increase floods in cities. Low-lying urban areas will be increasingly exposed to coastal flooding as an effect of sea-level rise and storm surges. In many parts of coastal Europe, floods might become ten times as frequent throughout the century, experts say. Without any adaptation measures and without reducing significantly greenhouse gases emissions, annual average losses from coastal flooding in 17 main coastal cities in the EU might increase from about 1 billion euros in 2030 to 31 billion in 2100. The population exposed will increase, in the absence of further adaptation measures, from 102,000 today to between 530,000 and 740,000 by 2050. Other studies point to coastal flooding causing 1 trillion euros in economic damage in Europe, if no adaptation is in place. Rising average temperatures will be behind these rising losses, and coastal flooding will become four times more damaging than river flooding starting from 2050, because of accelerating sea-level rise.

“Without adaptation measures, we are looking at 3 to 6-fold increase in exposure to and damages from river flooding,” says Dr. Peter Salamon, senior researcher at the EU’s Joint Research Center. “We need to adapt, even for an optimistic 1.5° C scenario and it’s possible to do that. But we need a bundle of adaptation measures.”

Predicting future floods remains essential for adaptation of urban infrastructure, economies, and people. But that is not without challenges. The storms responsible for flooding cities are too short-lived, so they are difficult to predict, says Prof. Günter Blöschl, Director of the Centre for Water Resource Systems at Vienna University of Technology. “We know these storms are already getting more frequent and more intense,” Dr. Guerreiro explains. “There are now […] models being developed specifically to simulate this type of storms, but it is too early to say how much worse this type of flooding is going to get,” says Dr. Guerreiro. Various projects are looking at the different drivers behind flooding to improve the available data and inform adaptation measures.

The Copernicus Climate Change Service is developing with various actors a service that provides an all-rounded urban extreme rainfall flood risk assessment by looking at specific, “critical” rainfall events. “The precipitations characterising these events could be used for impact models to determine the water depth and the potentially flooded areas, as well as the losses,” says Dr. Paola Mercogliano, senior researcher at the Euro-Mediterranean Center on Climate Change (CMCC). “The same approach can be potentially used to evaluate how pluvial risk in urban areas may change in the future as a consequence of human-induced climate changes.”

Cities such as Copenhagen, which is exposed to flash floods, have piloted the service. “Public administrations and local authorities, as well as insurance companies or impact modelers are interested in using this data,” says Dr. Mercogliano. “CMCC is leading the Copernicus Climate Change Service project aiming to build a catalogue of extreme precipitation events at European level using past data, and when possible, linking extreme events with damages.”

Rotterdam has integrated flood defences in its fabric, as authorities are aiming to climate proof the city by 2025. Building its resilience to floods has included extending the land in the port, expanding its coastal protection, greening river banks and roofs, while designing urban areas to better cope with potential floods - creating underground water storage and blue-green corridors that allow for the natural cycle of water while protecting urban infrastructure. The Dutch port’s aims to support other water-vulnerable cities in pairing their climate adaptation with urban development. 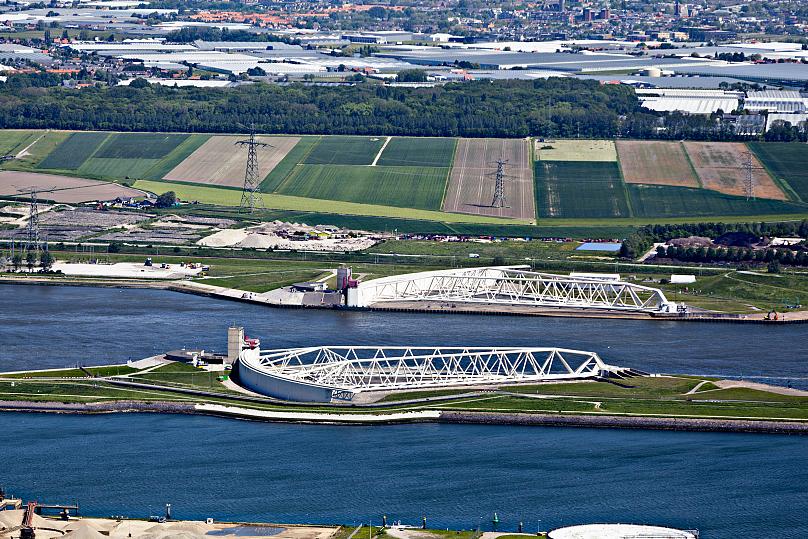 JPI, a transnational research programme, is working with Birmingham, Brussels and Rotterdam to develop FloodCitySense, an early warning service for urban pluvial floods that uses crowdsourcing. People in the cities will contribute to monitoring rainfall and flooding using low-cost sensors and digital tools, helping authorities to boost flood adaptation and reduce damages.

The European Flood Awareness System, part of the Copernicus Emergency Management Service, is the first system that monitors and forecasts river floods throughout the continent, supporting national authorities with additional medium-range (3-10 days) forecasts to prepare better. “Many of our users are not so much interested in how much the river will rise, but they are asking what the impact will be,” says Dr. Salamon. “It goes beyond hydrological modelling, and we are connecting weather and hydrological data to impact models, trying to provide a testing ground for new ideas and trends that national authorities can follow and test.” In 2018, the JRC and ECMWF also launched a Global Flood Awareness System, and work is currently underway for a constant highly detailed global flood monitoring service based on Copernicus satellites data, Salamon explains.

Beyond Europe, cities such as Tokyo are also using Copernicus Climate Change Service data on rainfall extremes, flood frequencies, and more to step up their adaptation measures to flood risk. Japan’s capital has already invested $2 billion in the world’s largest flood diversion system, the Metropolitan Area Outer Underground Discharge Channel, which can redirect water excess from smaller rivers in the city to the main Edo river, more able to handle bigger volumes of water. But as flood risks seem to increase, climate information will help local authorities to adapt small and medium urban areas in the city for higher floods risks. 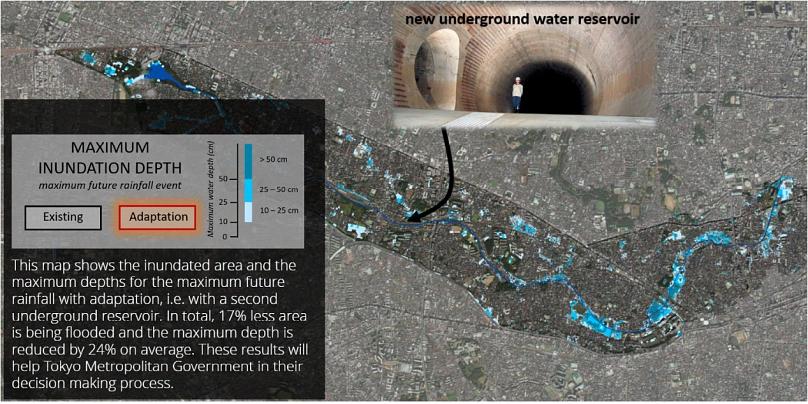 In the case of coastal flooding, the Copernicus Climate Change Service will provide in the near future high-quality climate data, covering storm surge, tides and waves, and the effect of sea-level rise for all European coastal waters. Developing the data within the European Storm Surge service included working with several cities exposed to floods, such as Venice and Copenhagen. “We worked together in designing coastal flooding-related indicators that help users with flood risk management and planning,” says Kun Yan, from Deltares, a Dutch research institute that partners with the Copernicus Climate Change Service. The climate data, that looks at both historical records and predictions, eventually helps produce flood indicators. “These indicators help understand the frequency and magnitude of flood impacts at a specific location,” says Yan. “This helps to design flood structures, develop flood early warning systems, and improve coastal zone planning and management under climate change.” 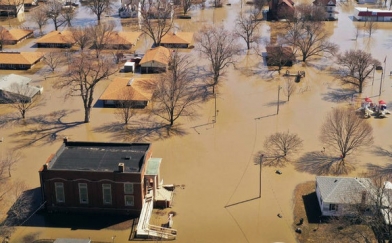 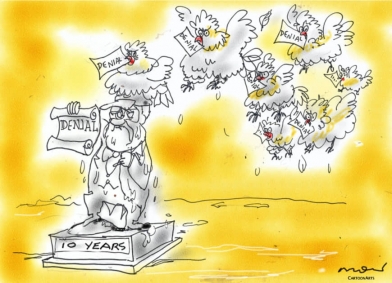 With rising emissions, intense storms and floods could double in 13 years 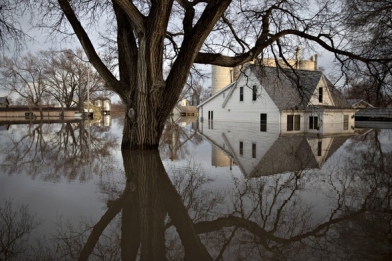