Subscribe successfully!
What Happens If a ‘Big One’ Strikes During the Pandemic? 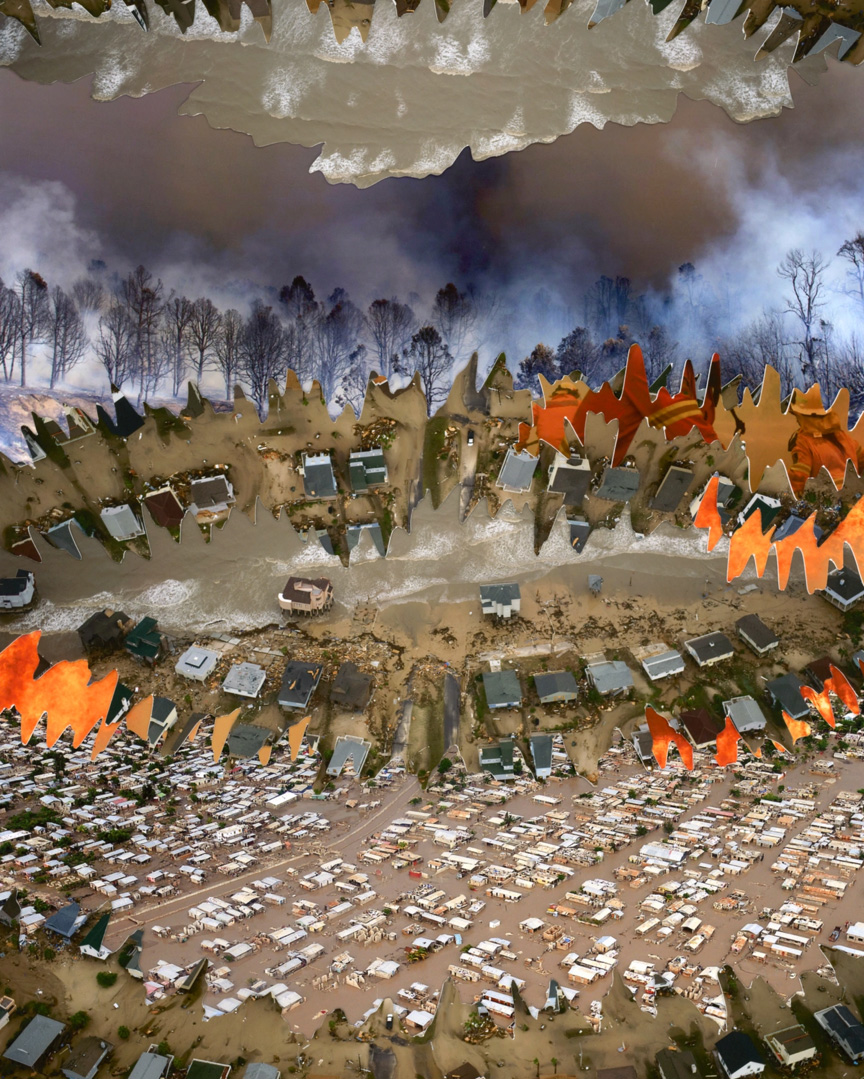 On April 12 and 13, dozens of tornadoes tore through several southern states. Homes were obliterated, hundreds of thousands of people lost power, and 36 lost their life. Many sped to shelters as twisters mangled the land behind them. But one family was turned away at the door of a tornado shelter in Crossville, Alabama, because the hopeful entrants didn’t have enough face masks for every family member.

This is just one possible consequence of a deeply uncomfortable scenario: if, during the coronavirus pandemic, America is rocked by a large-scale geological or extreme-weather disaster, one that causes mass casualties and widespread infrastructural devastation. Any such disaster would be horrific enough in isolation, but one striking the United States today, now home to a third of the world’s confirmed COVID-19 cases, would place a nightmarish gantlet of novel obstacles between first responders and saving the lives of the afflicted.

For many, the mere notion of coterminous catastrophes is unconscionable. Brian Terbush, the earthquake/volcano program coordinator at Washington State’s Emergency Management Division, says there is always a thread of fatalism among some members of the public when it comes to earthquakes, eruptions, tsunamis, and the like. People sometimes ask: “Why should we prepare for one if it’ll kill us anyway?” Now Terbush is hearing something different: “Aren’t we going through enough right now?”

The pandemic is already undeniably traumatic, enough to make people unwilling to consider that the situation could, in fact, worsen. But geoscientists and emergency managers don’t have that choice. They have to ruminate on the unthinkable, because that’s the only way they can prepare themselves, and the public, to navigate a confluence of calamities.

Short of a medical miracle, the coronavirus scourge will persist in America into the foreseeable future. And the odds of a disaster not happening during that time are low. How will the country, whose attention remains glued to the pandemic, handle a synchronous act of destruction?

Hurricanes and wildfires, weather phenomena often associated with disasters, are seasonal and, therefore, inevitable. Daniel Swain, a climate scientist at UCLA, explains that both become possible in May, before usually becoming most frequent and potent from late summer through early fall. This year, meteorologists are forecasting a greater than average number of major Atlantic hurricanes—unwelcome in normal times, but especially so this year. If states are wildly successful in implementing their infection-prevention measures, Swain says, their respective COVID-19 peaks may be pushed back to late summer. In other words, right when hurricanes and wildfires may be running rampant.

Geological hazards, however, are more temporally random. America has 161 active volcanoes, about one-tenth of the Earth’s total. Although none near major population centers is exhibiting worrying signs of unrest, there is a nonzero chance that a destructive eruption could occur during the pandemic.

At least volcanoes tend to noticeably act up prior to a potential outburst, says Sara McBride, a disaster researcher at the U.S. Geological Survey. “Earthquakes can be real bastards,” McBride told me. They happen with essentially no known warning, making them “the most impolite of geohazards.”

Major temblors are also an inevitability on many of America’s faults. The probability of a magnitude-6.7 quake in the Los Angeles area within the next 30 years is 60 percent. In the San Francisco Bay Area, that rises to 72 percent. “We know that a big earthquake”—a proverbial Big One—“could happen any day,” says Ken Hudnut, an earthquake geophysicist with the USGS. “It could happen during COVID-19.”

Hundreds of preexisting plans deal with individual disaster scenarios. The problem is that these plans don’t account for a pandemic happening at the same time. It may be overused, but “unprecedented is the word,” says Becky DePodwin, a meteorologist and emergency-preparedness specialist at AccuWeather. “There’s no playbook for this.”

Right now, emergency managers are laser-focused on the pandemic response. “Our normal systems right now are pretty much running at their full capacity,” Terbush says. In pre-pandemic times, states could ask one another to lend a hand if one was overwhelmed by a disaster. But today, the coronavirus has all 50 of them in individual viselike grips. In some respects, it’s every state for itself.

During major hurricanes and wildfires, millions of people may need to be evacuated in just a few days, Swain says. This is always a logistical quagmire, but the pandemic may create a situation in which people crowding into evacuation shelters could inadvertently cause spikes in COVID-19 cases. As those April tornadoes demonstrated, not everyone may be permitted inside in the event of a disaster. And even if all are welcome, it isn’t clear if shelters will always be able to accommodate everyone and keep them six feet apart.

Those caught up in disasters may also fail to heed lifesaving advice, says the volcanologist Jess Phoenix. She worries that the stream of pandemic misinformation coming from the White House will make some lose confidence in other organs of government, including genuinely qualified emergency managers. If another disaster occurs, people may simply tune out the advice and warnings of experts.

Fleeing from ruination is not simply a matter of movement, either. It is largely enabled by privilege. In the past seven weeks, more than 33 million Americans have applied for unemployment. If they lack rainy-day funds, they may not be able to afford their own evacuations, says Samantha Montano, a disasterologist at the University of Nebraska at Omaha. Many will be reliant on a robust response from nonprofits and state actors, but that may not transpire as both are inextricably tied down combatting the pandemic.

Vulnerable and marginalized people are, after all, disproportionately suffering right now. A mass-casualty incident would only make matters worse for these communities, while putting America’s health-care system, already buckling under the weight of the coronavirus, under even more strain. Some of the experts I spoke with worry that the wider public, inundated by a fire hose of seemingly unending grim news, may be running low on empathy for those caught up in yet another disaster aside from the agonizingly prolonged pandemic.

First responders, for their part, are used to throwing themselves into dangerous situations, but will now be haunted by the additional specter of COVID-19. Wildfires are fought by migratory teams of firefighters and support staff, who are set up in tent cities in remote places—close-quarter environments that have historically been ravaged by contagions, Swain says. COVID-19, a vicious disease that renders many bed-bound for weeks, would undoubtedly impede their ability to snuff out infernos.

“Not that there is ever a good time for a disaster, but this is a particularly bad one,” Terbush says.

As gut-wrenching as an overlapping disaster would be, there are reasons to be hopeful.

America’s capability to remotely monitor the environment for catastrophic harbingers, and to alert the public if any are spotted, remains unchanged—for now. The USGS and its university partners made sure their staff could work from home long before the country’s situation precipitously deteriorated, says Michael Poland, the scientist in charge at the USGS’s Yellowstone Volcano Observatory. If a monitoring station goes down, someone goes out in the field to fix it, physically distancing and wearing an N95 mask when needed.

Emergency staff are also on a war footing, ready to respond at a moment’s notice should another disaster occur. “Our risk portfolio is dominated by no-notice catastrophic events,” from earthquakes to landslides, says Kevin McGowan, the director of the Los Angeles County Office of Emergency Management. Winding up emergency systems to deal with such sudden events normally takes time, but the pandemic means that more than 80 of L.A. County’s 88 cities have already activated their emergency-operations centers.

Scientists and emergency managers are also well practiced in the art of improvisation. They often conduct tabletop exercises that simulate disaster scenarios unfolding in individual cities or across multiple states, from violent eruptions to cataclysmic temblors. Those running the exercises often throw in wild cards—resources suddenly becoming unavailable or key staff going missing—to see how the participants handle them.

Such flexible thinking will prove invaluable during the current pandemic. “Things are not going to go according to the script you set for them,” Poland says. “That comes with the territory.”

The coronavirus itself is also beginning to feature in these trial runs. On April 1, a USGS-led tabletop exercise simulated a magnitude 7.5 temblor on the southern San Andreas Fault during the pandemic. Hudnut, who participated in the exercise, explains that it helped scientists and emergency managers work through previously unconsidered problems. Both ground-based staff and helicopters are used to check sites for damages, but in this case, helicopters featuring physically distanced occupants may take precedence in order to limit person-to-person contact.

This is not without risk: Helicopters can crash, and pilots wearing helmets and N95 masks must ensure that their visors don’t fog up. But it’s a start, and trial runs like these mean that the hundreds of preexisting disaster plans in place all over the country are being updated on the spot.

Tens of thousands of people are working around the clock on these problems, pushing through the psychological burnout. Many are joining forces. McBride is a co-lead of a newly formed international group of geoscientists, anthropologists, historians, social scientists, and others specifically designed to explore the impacts of disasters during the pandemic, with a particular focus on vulnerable groups and those who shield them from tragedy.

The White House’s misinformation and the federal government’s leadership vacuum are persistent problems, but several states are forming regional pacts to circumvent this and lend one another a helping hand.

The coronavirus will be difficult to avoid for the foreseeable future. But should another disaster take place, the more immediate threat to life—an incoming hurricane or tsunami, for example—will be dealt with first, Terbush says, pandemic be damned.

In the meantime, this entrenchment of disaster watchers will remain sapped of strength without the participation of the public itself. Distressing though it may be, everyone I spoke with said that millions of Americans have to accept that a second disaster may greet them—and prepare accordingly.

That means having several weeks of supplies ready: nonperishable food, plenty of water (and water filters), medicine, and sanitary and hygiene products. Be as self-sufficient as you can afford to be. Make sure you have a workable evacuation plan for your family (and your pets) written down; a digital copy may disappear along with your electricity supply. Read your state’s disaster survival guides, available online. Check in with your local shelters to make sure they are operational. Identify trustworthy sources of information and stay informed, especially through radio channels, as they may be the only way to find out what’s happening after a disaster knocks out TV stations and the internet.

America may very well make it through the pandemic without another nightmare falling from the skies or rising from below. But not considering the alternative would be negligent, and evading the worst outcomes will take everyone’s active participation. “If there were ever a time for people to take preparedness seriously,” McGowan says, “now is that time.” 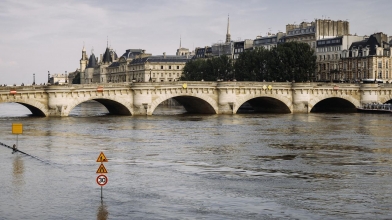 How can big cities adapt to risks of floods? 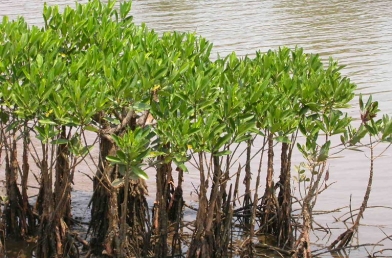 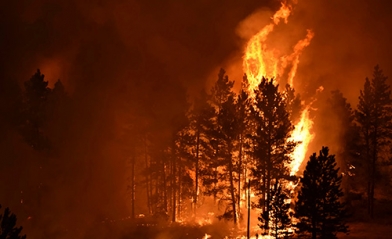