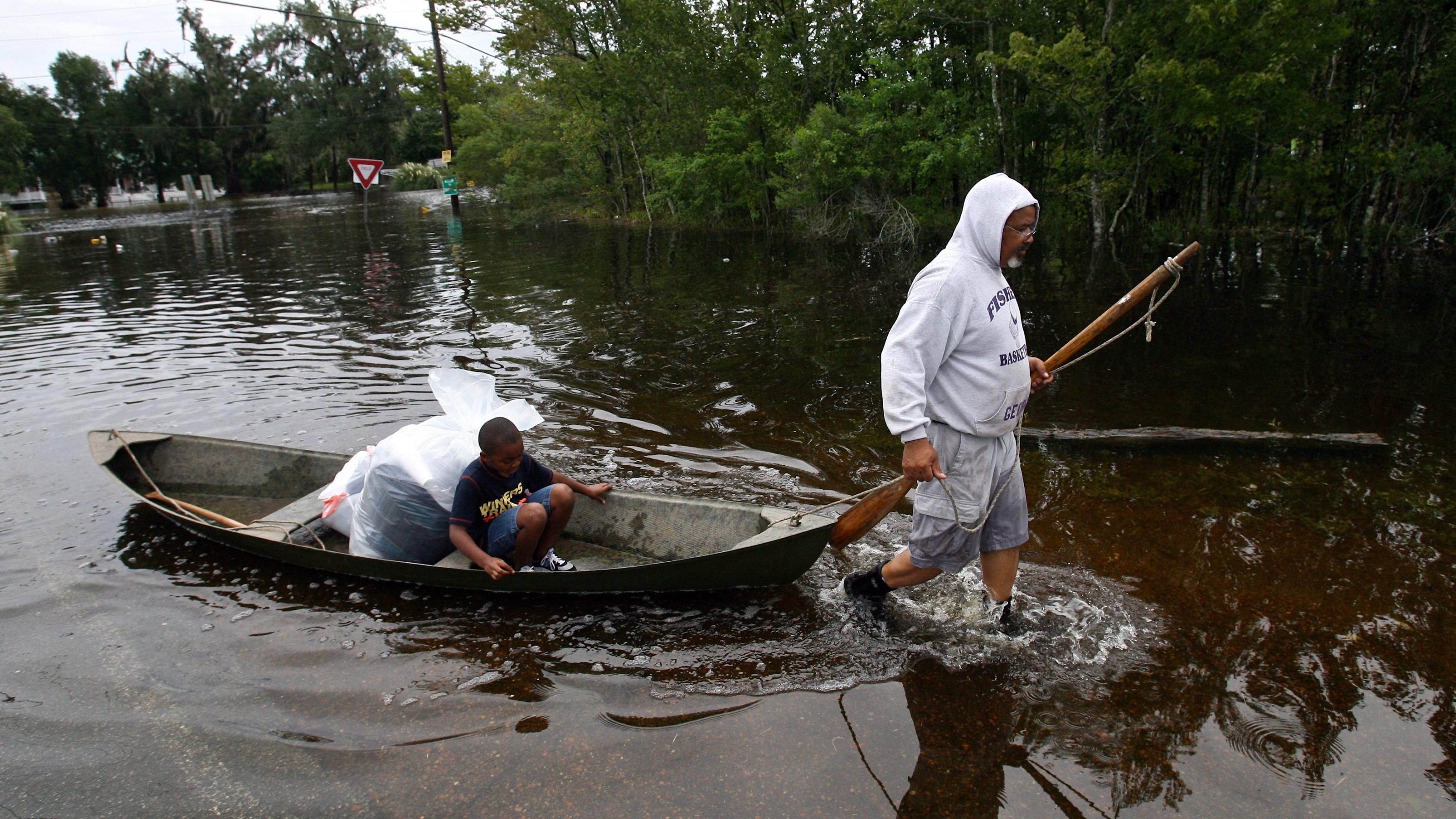 Floods are among the most destructive and expensive climate-related disasters in the US. Not just for cities and states, but for individual homeowners.

More homes are at risk of severe flooding than we used to think. On June 29, the New York-based nonprofit research outfit First Street Foundation published a remarkable set of updated flood maps for the continental US, revealing that official flood maps leave out huge swaths of the country—both on the coast and alongside inland rivers—that are, in fact, at high risk. The 14.6 million homes the maps show are exposed to a major “100-year” flood is nearly twice the official estimate.

That new, more accurate information is a critical tool for homebuyers. It can help community groups advocate for infrastructure upgrades, and guide insurance pricing that could be an effective deterrent to building in risky areas. But depending on how the revised maps get used, they could end up leaving some high-risk areas even more exposed, some economists warn.

That’s because the new maps also show a racial disparity: In two-thirds of states, minority neighborhoods shoulder more undisclosed flood risk than the state average. That gap could have significant ramifications for citizens in those areas to access finance, including mortgages, property insurance, and post-disaster recovery funds.

In a paper published last October by the Federal Reserve Bank of San Francisco, Michael Berman, a former chairman of the Mortgage Bankers Association, warned of a phenomenon that can result from identification of high-risk flood areas: “blue-lining.”

Lenders, seeing a decline in property values and increasingly spooked by the prospect of defaults and uninsured disaster losses, might start to turn away from high risk flood areas. That can tip off a vicious cycle, Berman wrote: Declining property investment would further erode the local tax base needed to pay for protective infrastructure upgrades.

The term “blue-lining” is a nod to red-lining, the Jim Crow-era practice of banks to make mortgages in Black neighborhoods unavailable or prohibitively expensive. The analogy isn’t perfect: In the case of red-lining, the perceived “risk” to lenders was explicitly racist, rather than responsive to climate science. But the two phenomenaare linked, said Jesse Keenan, a social scientist at Tulane University who studies the intersection of climate change and urban development.

While the primary consequence of red-lining was to undermine the ability of Black families to generate cross-generational wealth, Keenan explains, it also left them deprived of local infrastructure investment—and disproportionately exposed to the very flood impacts that now again threaten the availability of home loans.

“For areas that are plagued by issues of environmental justice, as we now start to price climate risk, those communities are getting hit doubly hard,” Keenan said. “The net result of transparency could definitely be to accelerate disinvestment if you’re not careful.”

Colette Pichon Battle, executive director of the Gulf Coast Center for Law and Policy in Louisiana, said the vicious cycle goes further: In the aftermath of major floods, federal rebuilding assistance funds are typically linked to a home’s value; more expensive properties get more money to rebuild. After Hurricane Katrina, Pichon Battle said, that resulted in a clear racial discrepancy in housing aid.

“Black people had houses that were only partially rebuilt,” she said. “Meanwhile, the white people got a gazebo and a swimming pool.”

So far, evidence is mixed about whether flood designations do indeed cause property values to fall.

Berman’s paper cited research based on half a million home sales between 2006 and 2017, finding that houses in areas where scientists predict six feet or more of sea level rise sold for 7% below average. But Craig Landry, a University of Georgia economist, said studies by his team have shown that while high-risk property values drop in the year or two following a major flood event, they are otherwise unaffected. Landry plans to study how First Street’s data affects risk perception in a selection of southern states, as well as home values and uptake of flood insurance.

Either way, it doesn’t mean that for flood risk, ignorance is bliss, said Matthew Kahn, an environmental economist at Johns Hopkins University. For one thing, people should have the right to know what they’re getting into before they sink their life savings into a house. And even if property values do drop a bit, that will be a boon to renters, if not owners.

The key, he said, is for the government to encourage lenders and insurers to charge lower interest and premium rates to individual home buyers who take steps to lower their flood risk. That kind of differential pricing, while common in other forms of insurance, has lagged behind in real estate, where risk tends to be generalized by zip code.

“If the insurers have pinpoint information on each home’s risks, they could come up with a program to incentivize in cost-effective upgrades to make your house more resilient,” Kahn said, that could range from putting in storm-proof doors and windows to raising a house onto stilts.

For now, the biggest risks are increasingly dumped on taxpayers, in the form of mortgage-backed securities sold to Fannie Mae and Freddie Mac, the government corporations that support the mortgage market. Evidence collected by Keenan, Kahn, and others suggests that securitization is already increasing in sea level rise zones and other areas in the wake of flooding, an indication that lenders are becoming more responsive to climate risk. At the same time, investor groups are pushing Fannie and Freddie to be more transparent about the damage climate change could actually do to their portfolios, in an effort to prevent a climate-related housing bubble.

Regardless of whether blue-lining is a risk or not, flood patterns aren’t a secret anyway, said Bob Dean, CEO of Center for Neighborhood Technology, a nonprofit research group that has documented disproportionate rates of urban flooding in minority neighborhoods in Chicago.

“Pretty much everyone who looked at [the First Street data] said it matches their understanding of where flooding happens,” he said. “Local realtors and lenders would know the neighborhoods that flood. So having more information isn’t causing the problem.”