Subscribe successfully!
Death toll rises to 23 after landslide near campsite in Malaysia 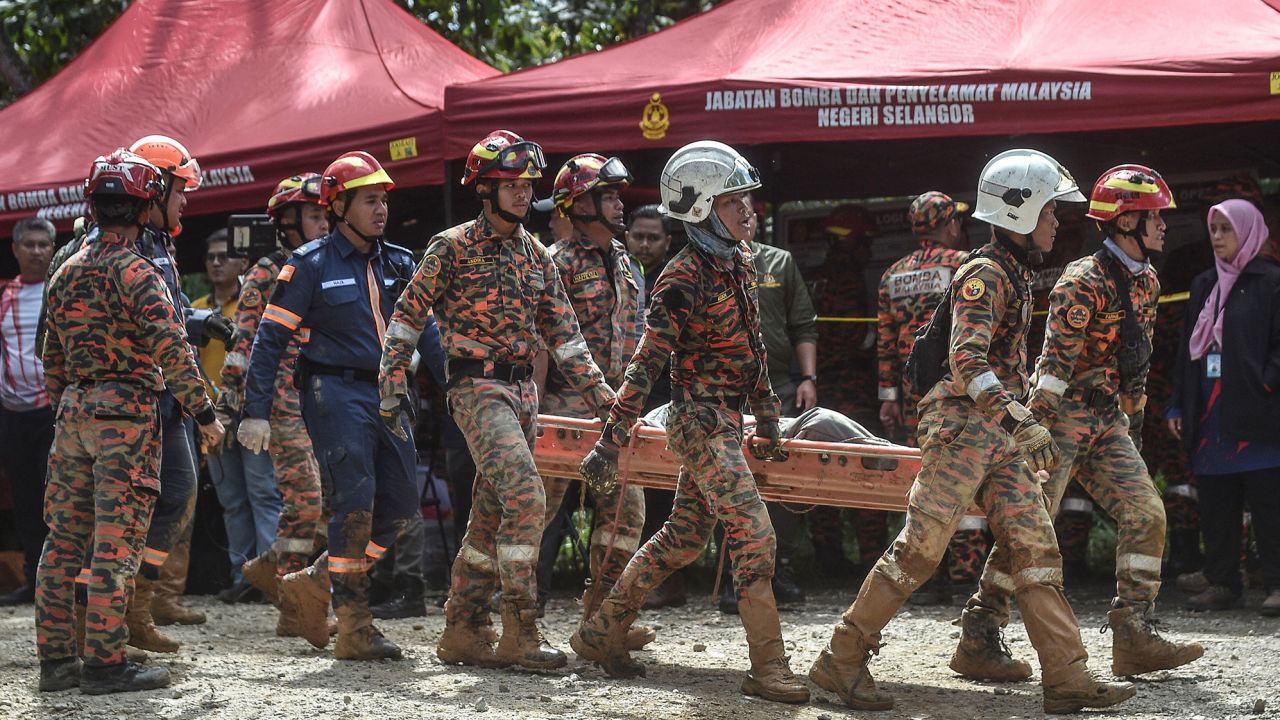 Fire and rescue department workers carry out the body of a victim after the landslide in Batang Kali. Arif Kartono/AFP/Getty Images

The number of people killed in a landslide Friday near the Malaysian capital has risen to 23, while 10 people are still missing, Malaysia’s state media agency Bernama reported Saturday.

The landslide in Batang Kali in Selangor state, north of the capital, Kuala Lumpur, occurred in the early hours local time Friday, tearing down a hillside into an organic farm with camping facilities, the state fire and rescue department said.

Teh Lynn Xuan, 22, said she was camping with 40 others when the landslide struck. She said one of her brothers died, while another is in the hospital.

“I heard a loud sound like thunder, but it was the rocks falling,” she told Malay-language daily Berita Haria. “We felt the tents becoming unstable and soil was falling around us. Luckily, I was able to leave the tent and go to someplace safer. My mother and I managed to crawl out and save ourselves.”

More than 90 people were caught in the landslide, according to the fire and rescue department.

The bodies of a woman and a child, believed to have been buried alive by the landslide at a campsite, were found hugging each other, Selangor Fire and Rescue Department director Datuk Norazam Khamis told Bernama on Friday.

In addition to the dead, 14 were hospitalized, it said. 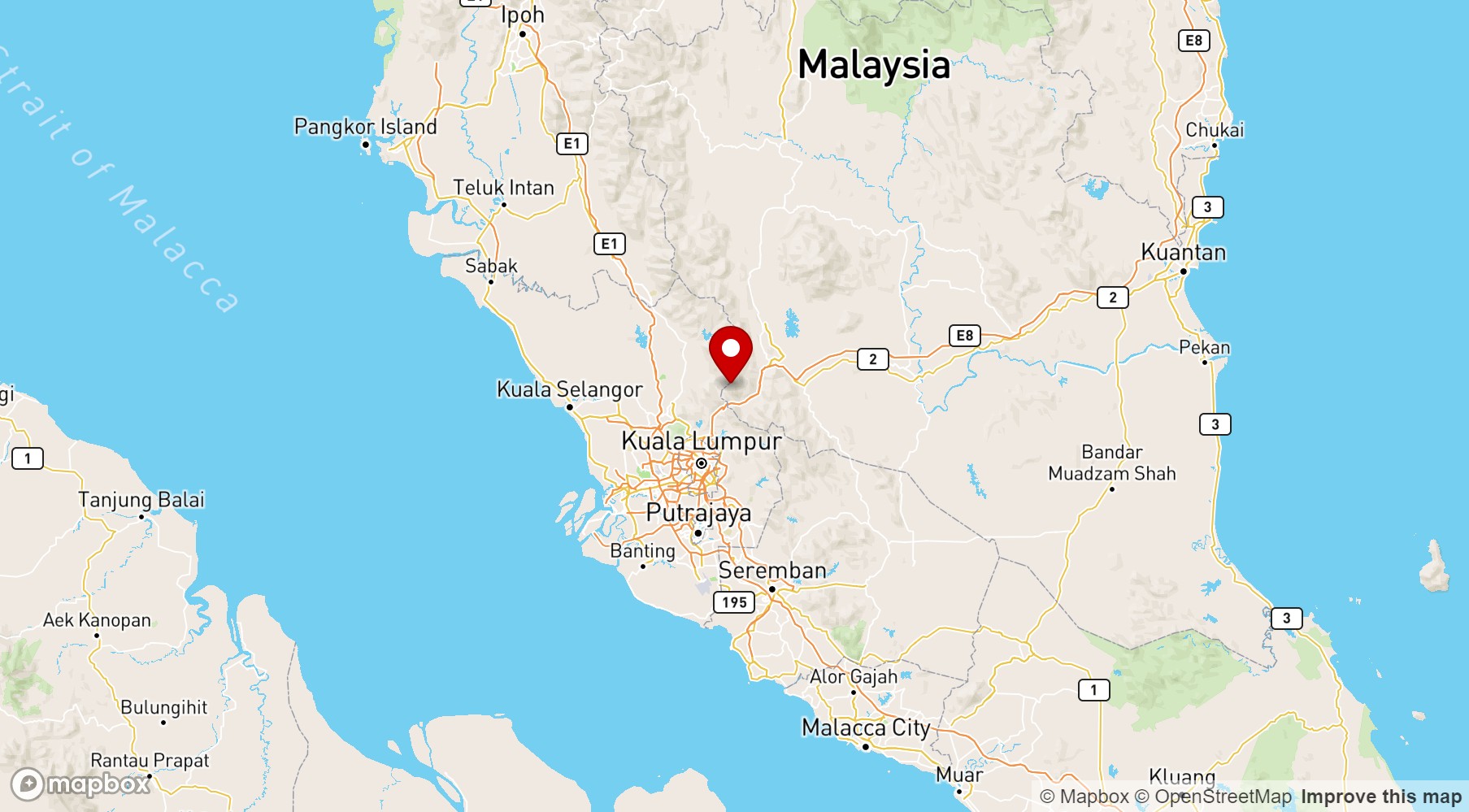 One of those taken to the hospital was pregnant, while others had injuries ranging from minor cuts to a suspected spinal injury, health minister Zaliha Mustafa told a news conference.

District police chief Suffian Abdullah said the dead were all Malaysians and included a child about 5 years old.

Almost 400 people from several agencies had been deployed, with search-and-rescue efforts ongoing, he told a news conference.

The landslide came down from an estimated height of 30 metres (100 ft) above the campsite, and covered an area of about one acre (0.4 hectare), according to the fire and rescue department’s state director. 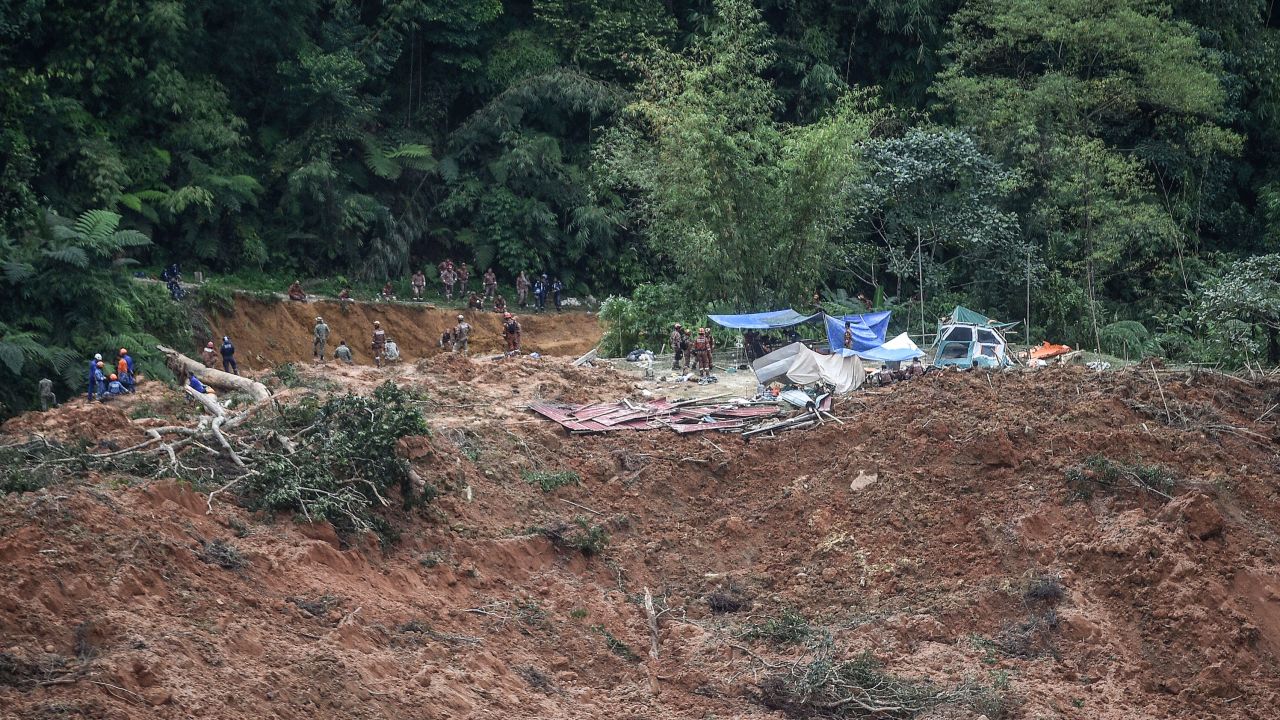 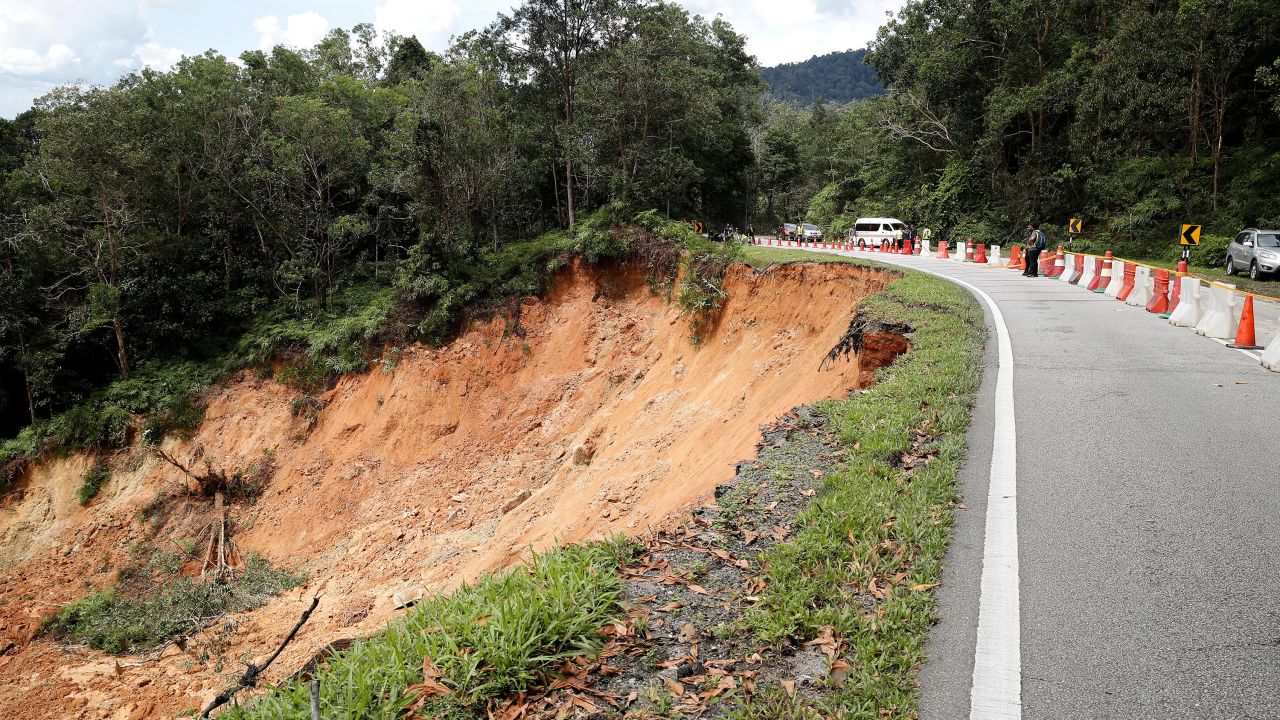 The landslide is shown in Batang Kali on Friday, December 16, 2022. FL Wong/AP

Footage from local television showed the aftermath of a large landslide through a steep, forested area beside a road, while other images on social media showed rescue workers clambering over thick mud, large trees and other debris.

“I pray that the missing victims can be found safely soon,” Malaysia’s minister of natural resources, environment and climate change, Nik Nazmi Nik Ahmad, tweeted on Friday morning, one of several ministers who were heading to the scene. “The rescue team has been working since early. I’m going down there today.”

The disaster struck about 50 km (30 miles) north of Kuala Lumpur in Batang Kali town, just outside the popular hilltop area of Genting Highlands, an area known for its resorts, waterfalls and natural beauty.

News agency Bernama tweeted that all campsites and water recreation areas around Batang Kali had been ordered to close immediately until further notice, citing the minister of home affairs. 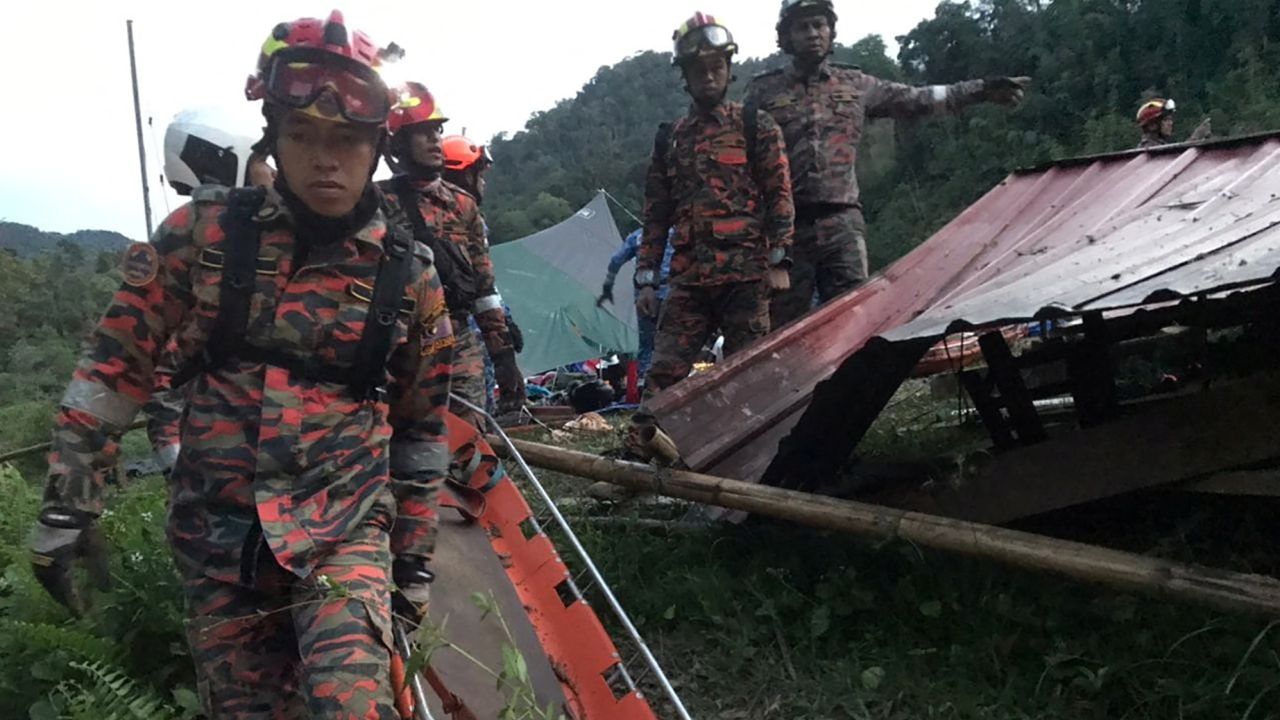 Rescuers workers are seen at the campsite on Friday. Korporat JBPM/Reuters 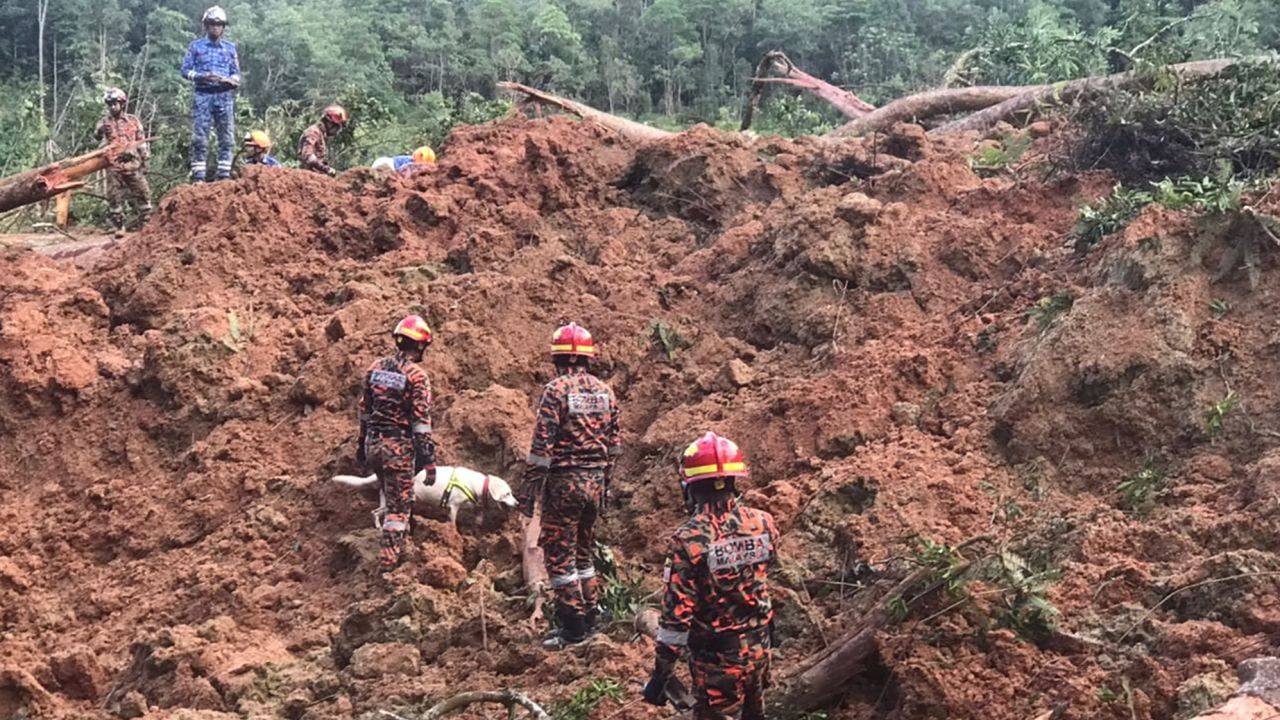 At least 12 people were killed and another eight were hospitalized, authorities said. Korporat JBPM/Reuters

Pictures posted on the Father’s Organic Farm Facebook page show a farmhouse in a small valley, with a large area where tents can be set up.

Selangor is the country’s most affluent state and has suffered landslides before, often attributed to forest and land clearance.

The region is in its rainy season but no heavy rain or earthquakes were recorded overnight. 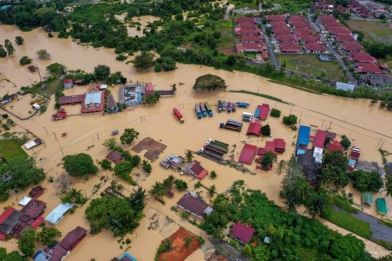