Shizuoka prefecture is located in the central part of Japan, between Tokyo and Osaka, Japan with the area of 1388.74km2, population of 690,000. The disaster was mainly occurred at Atami city which located at the east part of Shizuoka with area of 61.55km2, and population of 41,508. 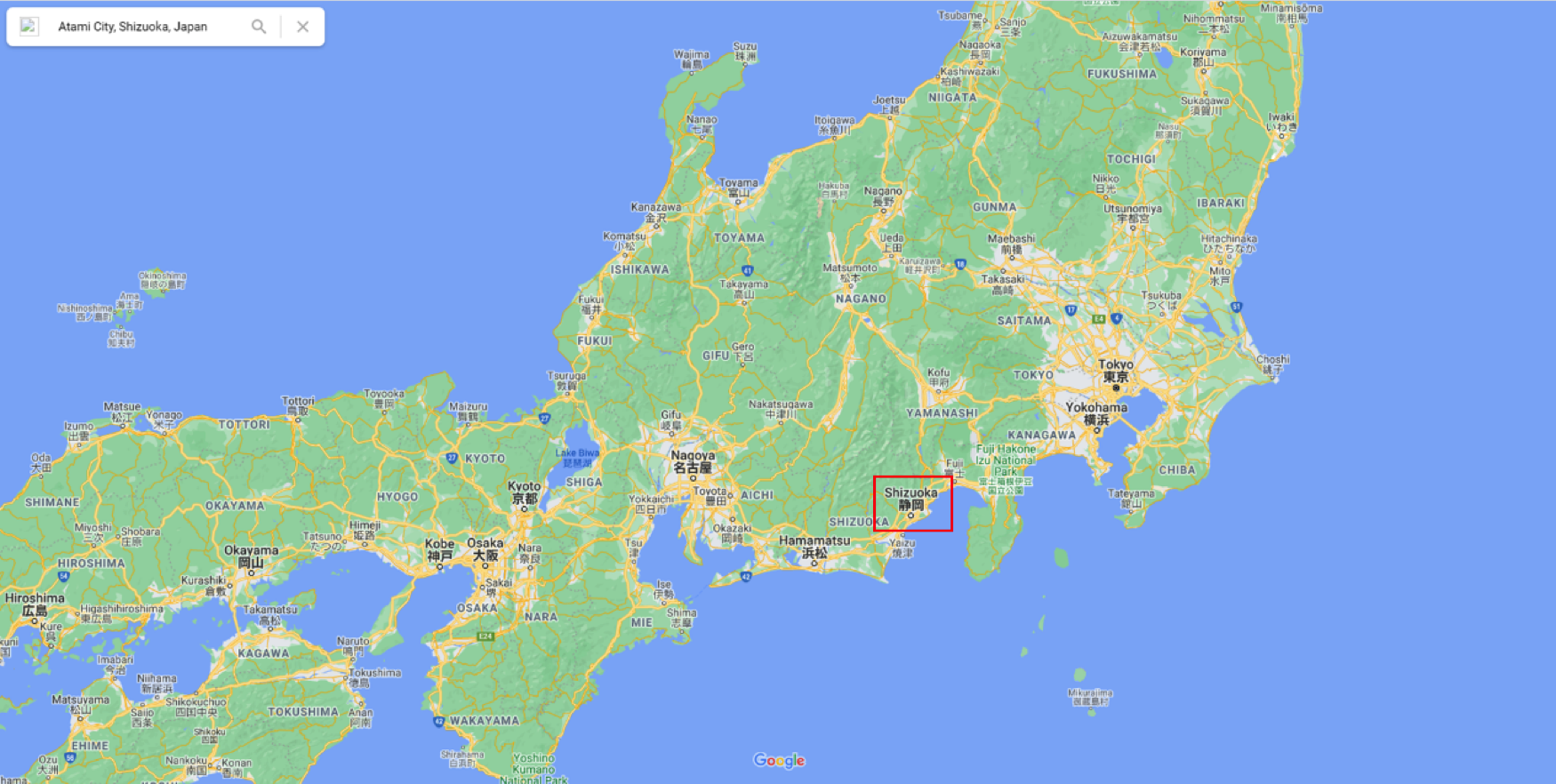 Due to continuous rainfall, a large-scale debris flow occurred in Atami city, on the morning of the July 3rd, and destroyed many houses. Moreover, the continuous rainfall has brought great difficulty to the search and rescue work. Until 5th July, the disaster has caused 9 deaths, 130 houses have been washed away. An aerial photo shows the scale of the mudslides. The debris field was 160 meters wide and stretched about two kilometers to the coast. 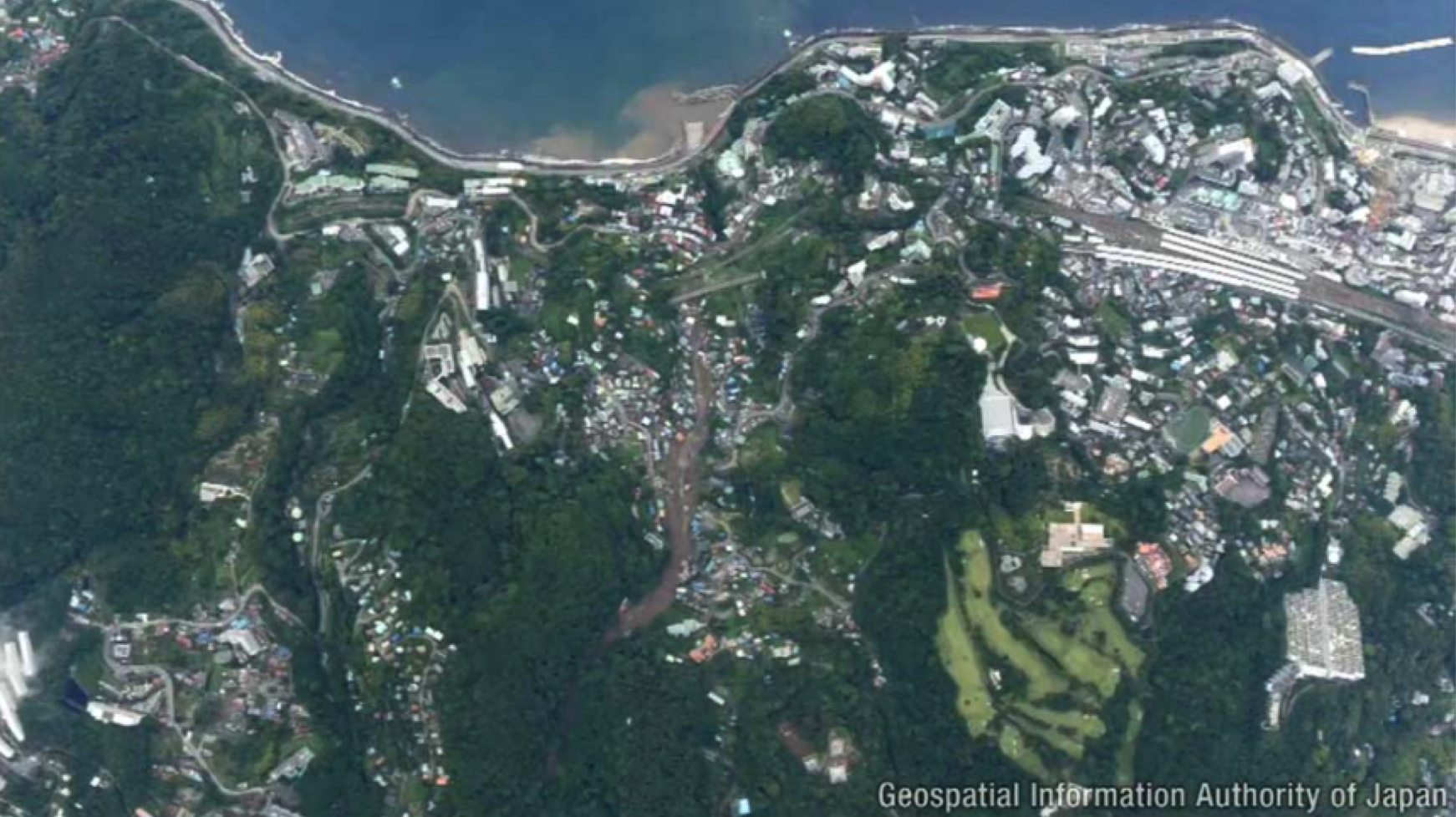 About 120,000 m2 of sand and soil have been lost in Izu mountain area of Atami city. At least. Rescue operations were continuing in the affected areas. Affected by the debris flow disaster, many roads in Atami city were under traffic control, unable to pass.

On the morning of 4th July, around 1,100 local policeman, fireman and self-defense soldier started to search the missing people. The process of search and rescue was sometimes interrupted due to the secondary disasters caused by foundation loosening. The marine security headquarters of area 3 (Yokohama) dispatched patrol boats to search the offshore area of Izu port. Divers search for people in the muddy sea caused by debris.

With global warming, rainstorms are increasing in Japan, resulting in more frequent landslides. For this disaster, the local officials say at least 54,000 m3 had been used to fill a valley in roughly the area where the mudslide began. That accounts for about half the amount of mud that flowed down, racing over a concrete barricade that had been built upstream and smashing into the community below. 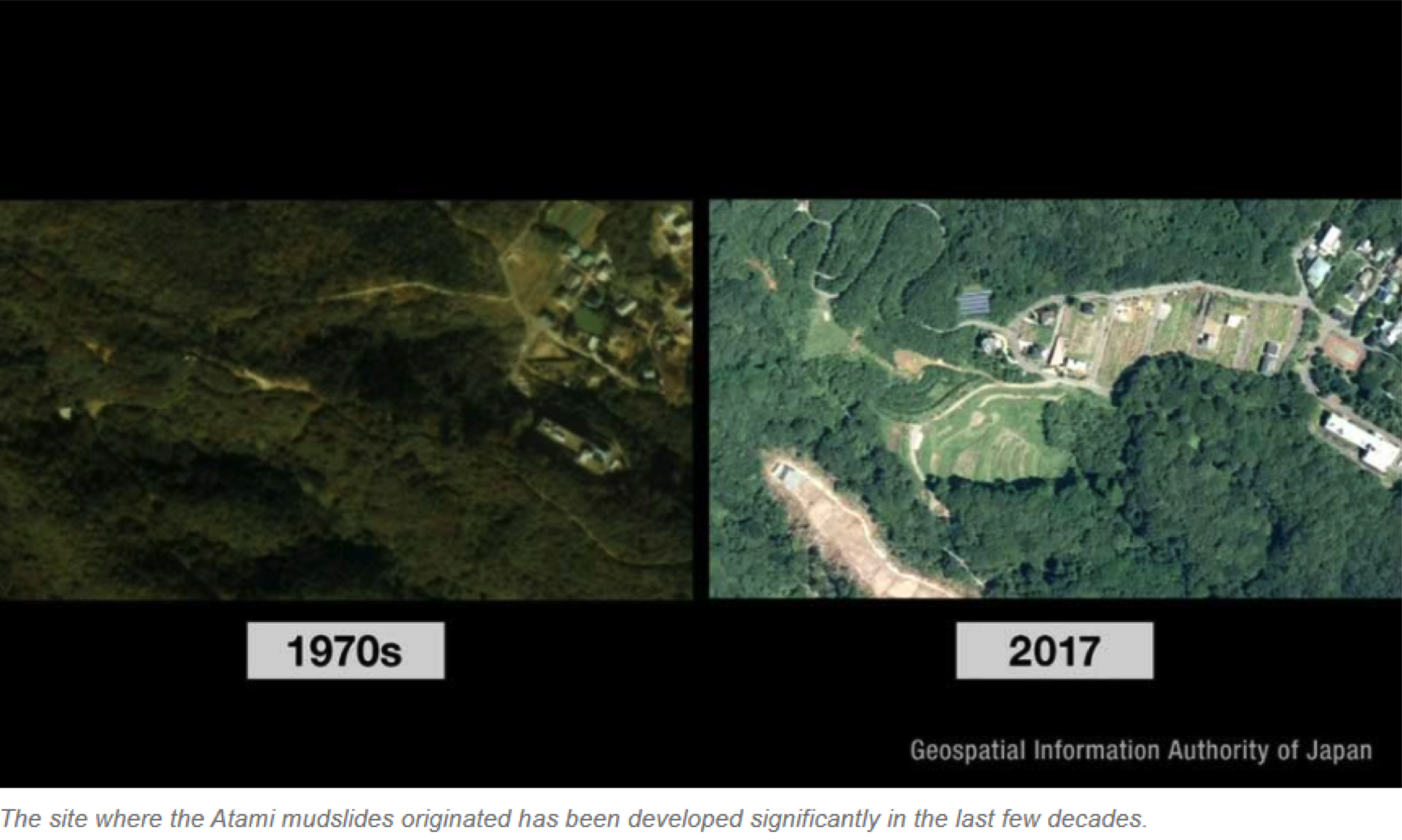 Therefore, some of the scientists mentioned that one of the main causes of this disaster could due to the government policy which made the residential land renovation at the upstream of the catchment and lead to reduction of the capacity of water and soil conservation.