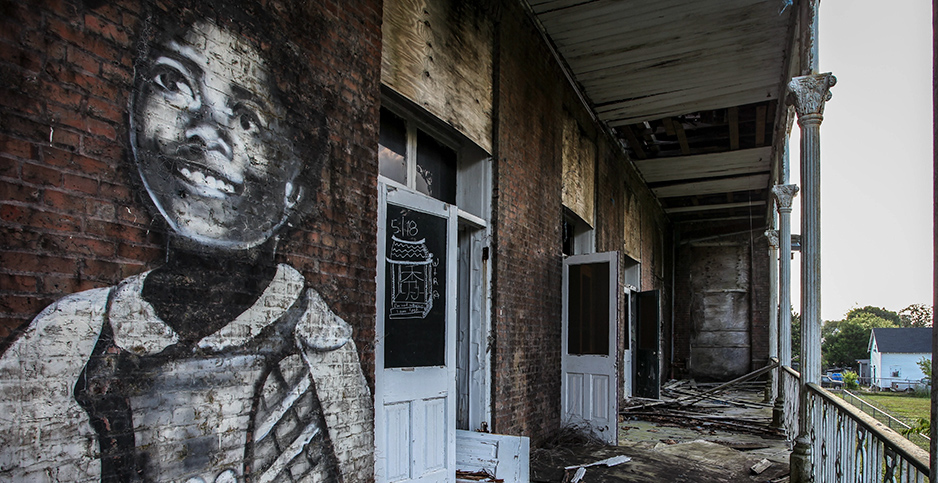 Communities with large minority populations are among the most vulnerable in the U.S. to the effects of climate change and could become more threatened as the coronavirus pandemic weakens their resilience to disasters, according to experts and federal data.

Counties, cities and neighborhoods with large numbers of black and Hispanic residents are more likely than others to suffer from events such as extreme heat and flooding because they are often located in damage-prone areas and frequently lack the resources to recover quickly from disasters.

It's the result of long-lived policies that clustered minorities in undesirable areas such as floodplains and denied them amenities like green spaces and tree canopies that can mitigate some effects of climate change.

10 counties most vulnerable to extreme heat*

"Communities of color and low-income neighborhoods are disproportionately at risk from climate crisis," said Cate Mingoya, who has studied the environmental effects of housing discrimination as director of capacity building at Groundwork USA, a national nonprofit. "We can really face the ugly truth that there were policies of intentionally putting low-income people and people of color in neighborhoods that were dangerous."

In the 10 counties that are deemed most vulnerable to disasters by the Centers for Disease Control and Prevention, the population is on average 81% minority.

In the 10 counties that NOAA rates as the most vulnerable to extreme heat, the population is on average 67% minority.

Both agencies define vulnerability as a community's resilience to extreme events — not the potential exposure to disasters and pandemics — and they measure it using data such as income and education levels, housing, and minority population.

The rising risks of climate change for communitiees of color are gaining recognition as the U.S. struggles with broad inequities against African Americans in areas such as policing, housing and employment. The death of George Floyd after a Minneapolis police officer knelt on his neck for more than eight minutes ignited nationwide protests against police brutality on black people.

The federal government's 2018 National Climate Assessment underscored the risk to minority neighborhoods, saying that vulnerable people, "including lower-income and other marginalized communities, have lower capacity to prepare for and cope with extreme weather and climate-related events and are expected to experience greater impacts."

FEMA has distributed $22 billion in emergency funding since 2004 to people in areas that were hit by a major disaster and declared eligible for federal aid.

10 counties most vulnerable to natural disasters and pandemics

The Centers for Disease Control and Prevention rates each county's vulnerability to a disaster by analyzing data such as income and education levels, single-parent households, race, and ethnicity that indicate a county's ability to recover from a major disruption. Source: CDC

Nearly 24% of that money went to people in ZIP codes where a majority of the population is black, according to an E&E News analysis of FEMA records.

These majority-black ZIP codes account for just 6% of the overall U.S. population.

The cash payments are separate from the money FEMA gives to states for rebuilding damaged infrastructure. Their allocation reflects both the concentration of damage in minority areas and the economic fragility of the neighborhoods.

"If you are in an affluent area, you have insurance," said Beverly Wright, executive director of the New Orleans-based Deep South Center for Environmental Justice. "Hurricanes can affect anybody and everyone. But it is the ability to rebound that is so important."

In July 2010, when heavy rains and flash flooding swamped parts of Wisconsin, FEMA and the White House decided that residents of Grant and Milwaukee counties were eligible for emergency cash payments. The two counties — on opposite sides of the state — have a combined population of 1 million that is 25% black.

Yet 85% of the emergency cash — amounting to $62 million altogether — went to people living in black-majority ZIP codes, according to the analysis by E&E News.

FEMA gives households up to $35,000 to help pay for uninsured home damage and other emergency expenses.

The concentration of FEMA aid in minority areas "is a combination of need and the exposure or the impact," said Susan Cutter, director of the University of South Carolina's Hazards and Vulnerability Research Institute. "If you're looking at minority communities, chances are that many of those households are going to be in the less desirable land areas."

Minority neighborhoods also often have large concentrations of vulnerable residents such as single-parent families, children, and people with limited income and education.

"Just because you're African American doesn't mean you're vulnerable. It's how that interacts with age, household status, gender, income," Cutter said.

The coronavirus pandemic is exacerbating the vulnerability of minority communities as the economic shutdown takes a disproportionate toll on business sectors that employ large numbers of black and Hispanic people, such as transportation, retail and local government.

"There is an unambiguously disparate impact caused by economic lockdowns," Avik Roy, president of the Foundation for Research on Equal Opportunity, told the House Select Subcommittee on the Coronavirus Crisis during a hearing Thursday.

"Living in this country has essentially made black Americans sick," Blackstock added. The hearing examined racial health disparities during the coronavirus pandemic.

The clustering of minorities in areas that are vulnerable to flooding and other hazards dates back at least to the New Deal of the 1930s, and "redlining" housing policies that segregated races and pushed black people into dense urban housing.

Those neighborhoods, which continue to be home for many minorities, are now prone to urban flooding and heat islands because they were developed so thoroughly and have few parks, open space or tree canopies to absorb excess water and cool the neighborhood.

"Folks in neighborhoods subject to federally sanctioned segregation are more at risk of extreme heat and extreme wet," said Mingoya of Groundwork USA. "Areas that were redlined in the 1930s are hotter and wetter than other neighborhoods."

Mingoya led a report that overlaid NASA satellite maps of heat islands and flooding on top of National Archives maps that show how cities were redlined in the 1930s. The analysis of five cities — including Denver; Richmond, Va.; and Elizabeth, N.J. — shows that temperatures in redlined areas were higher than other parts of each city by an average of 4 degrees Fahrenheit, Mingoya said.

In New Orleans, Wright of the Center for Environmental Justice has watched a tree-planting project help transform the city's gentrifying Gentilly neighborhood.

"That's going in an area that for the most part is where white people have gentrified. Black people don't live there anymore," Wright said of the area where trees are being planted. Neighborhood beautification "always seems to stop at the point where the income goes down and the color of the people living there changes. It's just amazing how endemic racism works. Somehow, it always stops just before it benefits us." 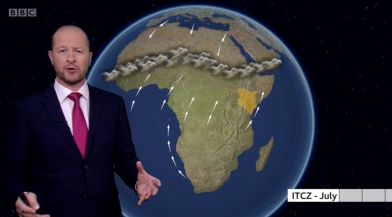 Why the floods in East Africa are so bad 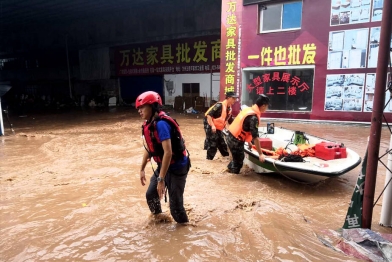