Subscribe successfully!
From pandemics to floods: Inequality as a comorbidity

A common thread that runs through the many opinion and editorial articles that emerged following the onset of COVID-19 around the world is the insight that the pandemic has exposed the extent of social vulnerabilities and inequalities that surround us. As it turns out, the slogan ‘we are all in this together,’ has not quite measured up to the widely different experiences that communities have during this pandemic. Environmental disasters caused by climate change have similar unequal effects. These parallels require more scrutiny.

COVID-19 cases have clustered around poorer, racially marginalized populations so much that some have referred to inequality as a comorbidity. The economic impact has also been disproportionately felt by low income households that have suffered the greatest damage to their livelihoods. National recovery policies will need to be centrally focused on those populations whose income, education, housing, disabilities and other social determinants of health leave them more exposed and least able to respond to the health crisis.

Research on the social determinants of resilience to climate change has not developed in the environmental arena to the extent it has in healthcare. However, the effects of climate disasters like floods and wildfires on vulnerable populations is a pattern well known to scholars of environmental politics. There is a profoundly uneven distribution of harms and capacities to respond to these crises.

In the case of climate change, there is the perverse additive that those least responsible for causing the problem must now confront its biggest impacts with limited means at their disposal. This is not because marginalized communities lack adaptive capacity, but because they are overwhelmed by poverty.

For instance, in an urban slum in Argentina where I conduct research for the University of Toronto’s Munk School of Global Affairs and Public Policy, I question what kind of adaptive capacity measures to frequent floods a family can expect to develop when they must also continually fend off daily emergencies. Many people are living on a parcel of land without a property title, lack access to water and sanitation, and are consumed by worry as they tend to their children and their own chronic illnesses—a direct result of the environmental contaminants produced by an oil refinery surrounding their homes. These families must now face the threat of COVID-19. Living in close quarters, unable to access clean water for frequent hand washing, with already deteriorated health conditions, and lacking access to quality healthcare, these problems consolidate the self-reinforcing cycle that will continue to deprive them of the means to protect themselves from further harm.

Yet, it is floods and the pandemic that gathers public attention, and not the underlying conditions of inequality that compromise the capacity of communities like these to withstand such shocks. We only pay attention to events when they have reached critical thresholds. The media gives visibility to environmental disasters because the devastation is so visually arresting. Disasters concentrate—at least for a time—public attention on the dire effects of climate change. However, this coverage—and the political attention it garners—privileges the spectacle at the expense of masking the causal chain of conditions created by social, political and economic inequalities that underpin a crisis.

The insight that both COVID-19, and climate disasters have helped to “expose” inequalities suggests that these disparities were hidden from our view. If so, they were hiding in plain sight. As the saying goes, “there are none so blind as those who will not see.” A key collective challenge for our time is making inequality visible on an ongoing basis rather than wait until the cumulative effects of dispossession finally devastate the poor.

This is undoubtedly a political battle that hinges on what and who we value as a society. It is also one with direct policy implications. For example, when we relegate addressing poverty, race, or gender to the margins of climate resilience programs, or we identify them as co-benefits rather than put these issues on center stage in policy debates, we conceal inequality and its impact on vulnerable communities. We have an excellent opportunity to recalibrate the central role of inequality in climate resilience initiatives: by focusing investments on the poor and creating explicit links to livelihoods, responding to priorities that are locally determined by different communities, and planning for the long term rather than quick technocratic fixes.

This pandemic has taught us a lot about vulnerability. Living in confinement, worrying about our own pre-existing health conditions, observing social distancing, wearing a face mask when we go grocery shopping, watching infection numbers and the death toll climb around the world, has created a shared and close up experience with vulnerability. This collective experience provides an opening to reconsider that vulnerability is not just a matter of exposure to risk. It is a condition intrinsically linked to lack of access to resources that constrain our capacities to respond. 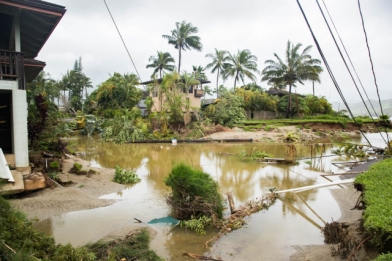 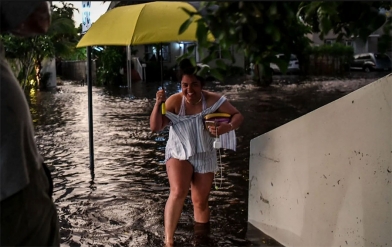 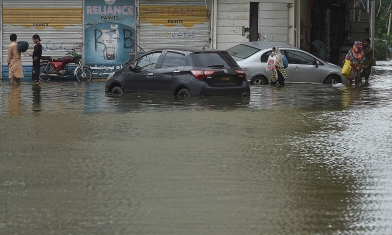