Subscribe successfully!
2020 was a terrible year for climate disasters, but there are reasons for hope in 2021

Mural attributed to Banksy that appeared by Marble Arch, in London, during the Extinction Rebellion protests in April 2019. (Andrew Davidson/Wikimedia), CC BY-SA

Climate disasters started early in 2020 — and kept on coming.

The catastrophic fires in Australia in early 2020 were actually a holdover from 2019, but they were soon followed by flooding in Indonesia, a super-cyclone hitting the coast of India and Bangladesh and then more flooding, this time in Kenya and wide swaths of Central and West Africa.

Next came the record-breaking fires in the Brazilian Amazon, South America’s pantanal wetlands, California and Colorado, followed by a historic hurricane season in the Atlantic, including two apocalyptic hurricanes in Nicaragua and Honduras.

With terrible symmetry, 2020 ended with bushfires consuming more than half of K’gari, a World Heritage site and island off the coast of Queensland, Australia. 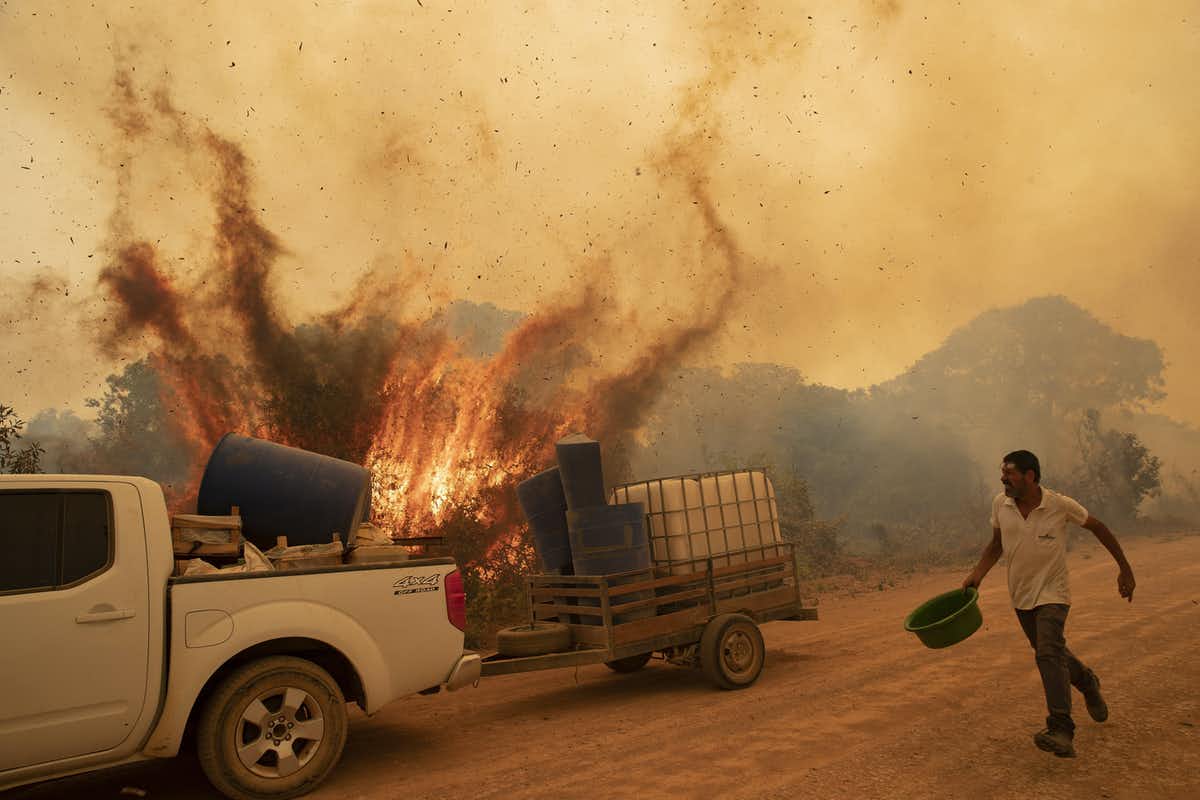 A volunteer tries to douse a fire on Transpantaneira road in the Pantanal wetlands near Pocone, Mato Grosso state, Brazil, on Sept. 11, 2020. (AP Photo/Andre Penner)

A popular refrain on social media notes that while 2020 was among the hottest on record and one of the worst years for climate disasters, it is also likely to be among the coolest and calmest for years to come. During a speech at Columbia University in December, UN Secretary General António Guterres put it bluntly: “The state of the planet is broken.”

But now is not the time for despair.

Hope is found in uncertainty

All this bad climate news has the potential to generate climate despair, numbing those watching the next tragedy unfold.

Climate despair is a growing phenomena, noted in the popular media and in academic research in public health, education, ethics and philosophy. Psychologists even coined the term “solastalgia” to denote distress caused by environmental damage and loss. Climate despair is feeling with certainty that “we’re screwed,” that the worst impacts of climate change are inevitable and can no longer be stopped.

Despair feels reasonable given what we’re learning about climate change and seeing in the news. But it is a temptation that should be resisted.

Rebecca Solnit argues that hope is found in uncertainty — that the future is not set. Even given torrents of bad news, there are a number of reasons for hope. And 2020 could indeed be the turning point.

To be clear, climate despair does not square with current scientific understandings. We are in trouble, not screwed.

Actions taken now and in the next decade, individually and collectively, can make a difference. The news on climate impacts and climate science may feel like a march of doom, but climate scientists argue that it’s not too late to act and there is uncertainty in the extent of climate impacts we have guaranteed ourselves. We have not reached the point of no return.

In some ways, climate despair is the new climate denial, dulling the sense of urgency and blunting the momentum for action. It is a discourse that paralyzes when paralysis is what we can least afford. The discourse of despair strengthens the grip of the status quo and can be a self-fulfilling prophecy. 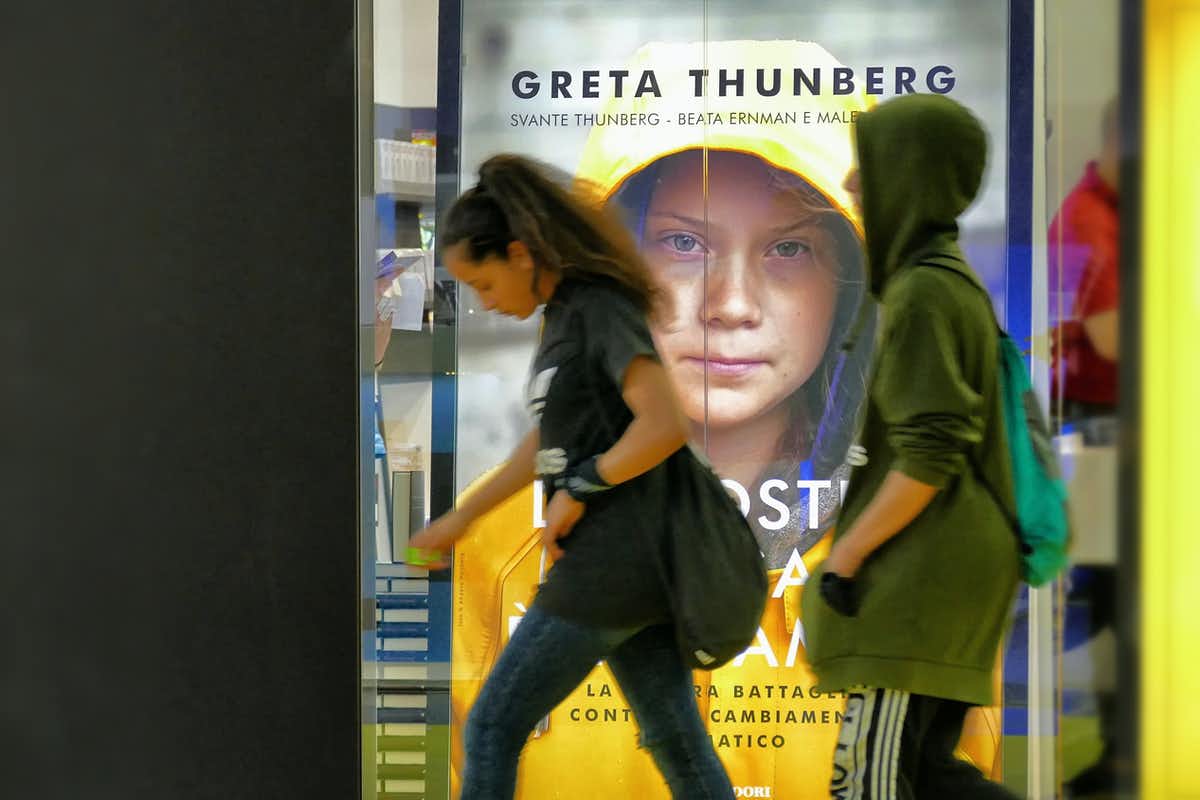 People walk past a poster for Greta Thunberg’s book in Italy. (Shutterstock)

So hope is good science, and that’s good for politics. Opportunities to expand the space of uncertainty at the root of hope are right in front of us. While the climate impacts have been terrible in 2020, there has never been as much momentum for political action on climate change as there is now:

These trends aren’t a guarantee that we have turned the political corner. The forces arrayed against the kind of changes we need are vast and powerful. It will take an enormous amount of energy, resources and action for these promising trends to fulfil their potential and turn the tide of climate change.

But they can disrupt the status quo. They can create space for catalytic action. They can enhance the uncertainty that keeps despair at bay. They provide hope.

This motivating hope, or what political scientist Thomas Homer-Dixon calls commanding hope, is not just scientifically valid and politically astute, it is the only viable moral choice.

Too many people and communities do not have the luxury of saying “isn’t that a shame, too bad we can’t do anything” about climate change. They aren’t safe, and it’s not their fault.

Rejecting despair, embracing the uncertainty of hope, is the least that individuals, communities and societies that are relatively safe from climate change owe vulnerable communities.

With 2020 left behind, there is hope in facing the climate crisis, for movement toward a just transition to an equitable low-carbon world. Seeing that hope fulfilled in 2021 and beyond means summoning courage, joy and sometimes even rage, fiercely clinging to and expanding the uncertainty of the future.

Most importantly, 2021 needs to be the year known for acting, individually and collectively, with the urgency and scale the climate crisis demands.