The Netherlands is urbanising. It is becoming increasingly important for city-dwellers to live happily and healthily. Simultaneously, we must preserve nature and adapt to climate change. Researchers developed a perspective on our country and cities in 100 years. With green in the leading role, through smart green roofs, hanging gardens and more trees. The researchers collaborate with large cities and urban developers. Want to know more about the green city in 2120?

Utrecht and Breda by the sea. A plausible scenario for the future, according to some. But, in their plans for “The Netherlands in 2120”, the Wageningen researchers expect the Randstad to be conserved for a long time through a smart approach to rising sea levels. New housing projects should be constructed in safe areas, along the edge of the elevated sandy soils of the Veluwe and Brabant, for example, where housing and forestry can be combined. In addition to these new green cities, the existing cities will be made greener with hanging gardens, green roofs and by planting trees. Nature increasingly penetrates all urban areas and vice versa.

“Linking functional green, climate-adaptation, health and nature conservation in cities will lead to better and cheaper solutions in the long run. But it calls for an integrated way of thinking.”

‘The Netherlands in 2120 is a great point of departure to discuss our goals. Nature and green demand a long term perspective and continuity, rather than a four-year approach until the next election’, says researcher Robbert Snep. As an ecologist, he is specialised in sustainable green cities and businesses.

‘Green is not the end, but the means to the end of making and keeping cities more inhabitable and sustainable’, he stresses. Natural solutions help us address complex issues, such as adapting cities to climate change, achieving a healthier living environment and lifestyle and stimulating and preserving urban nature. 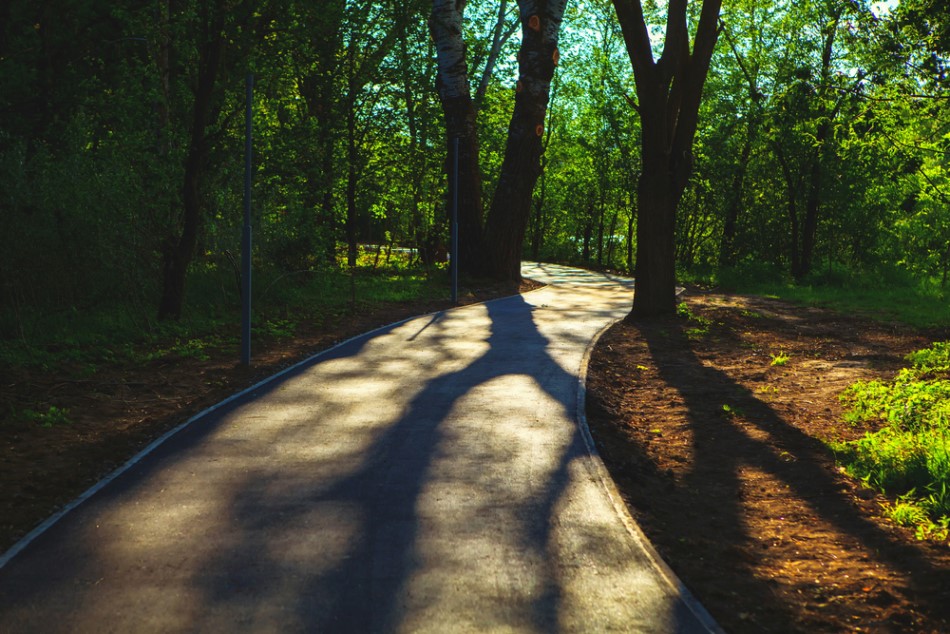 With the expected dryer summers and increased precipitation that result from climate change, we must redesign our cities. Trees offer shade and aid evaporation, thus contributing to a more pleasant urban climate during heatwaves and periods of drought. In the urban water management system, green is invaluable, says Snep. ‘In urban areas, rain falls on solid surfaces such as buildings, tarmac and tiles, after which it enters the sewage system. While the water is sorely needed in times of drought. During hot days, evaporation helps cool the environment. But cities have insufficient water to evaporate.’

The water balance in nature is very different from that in urban areas because, in nature, water permeates the soil and is stored there, the researcher explains. ‘Through green and technology, cities can follow a more natural course. We must integrate water and green management to achieve water-smart cities.’ Recycling rainwater into potable water for household use rather than draining it as fast as possible helps reduce water wastage. Moreover, we can store rainwater in tanks or underground reservoirs to irrigate plants in times of drought. Green gardens with fewer tiles, but parks and borders also play an essential role in a climate-proof city, as do green-blue roofs. 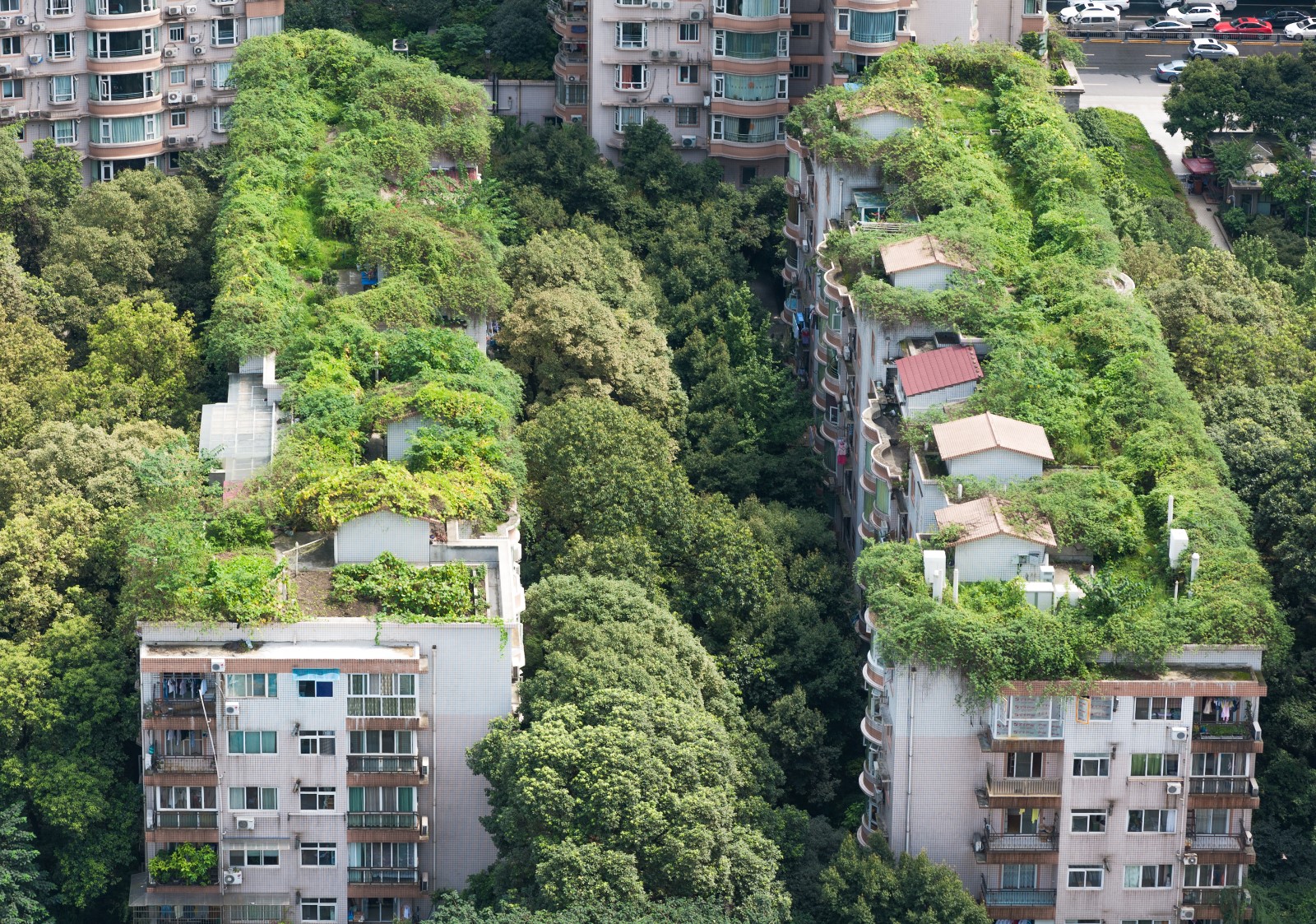 Green roofs contribute to climate adaptation. They have a cooling effect and reduce rainwater drainage.

‘In standard green roofs, basic technology prevents water from permeating the building and drains surplus water. Green roofs with a crate-system have been designed that store more water, which they then slowly release into the substrate on which the plants grow.’ This allows the roofs to better evaporate and thus stay cooler in the summer. They are equipped with sensors that measure the humidity. There are also “smart polder roofs”, says Snep. ‘These roofs retain much water but release some of it just before severe rainfall so that more water can be absorbed to unburden the sewage systems.’

Although this is only occasionally acknowledged, green is also essential to our physical and mental health. Various studies prove that a green environment contributes to our health and happiness and positively impacts depressions and ADH. ‘There is quite a large budget available to treat people with health issues, and relatively little for the green that could prevent these health issues.’ A missed opportunity, says Snep.

Birds, insects and mammals such as foxes also benefit from more green. They often find more food in the diverse city borders than in monotonous rural areas. ‘Urban nature now depends on local initiatives; there is no government policy. In our urbanised country, cityscapes and industrial areas should be a pillar of integral nature management. This will help support endangered species and keep common species common.’ An added advantage is that the number of different species is greater in a fully functioning ecosystem. This prevents city doves, rats, mosquitoes and the processionary caterpillar from becoming plagues. 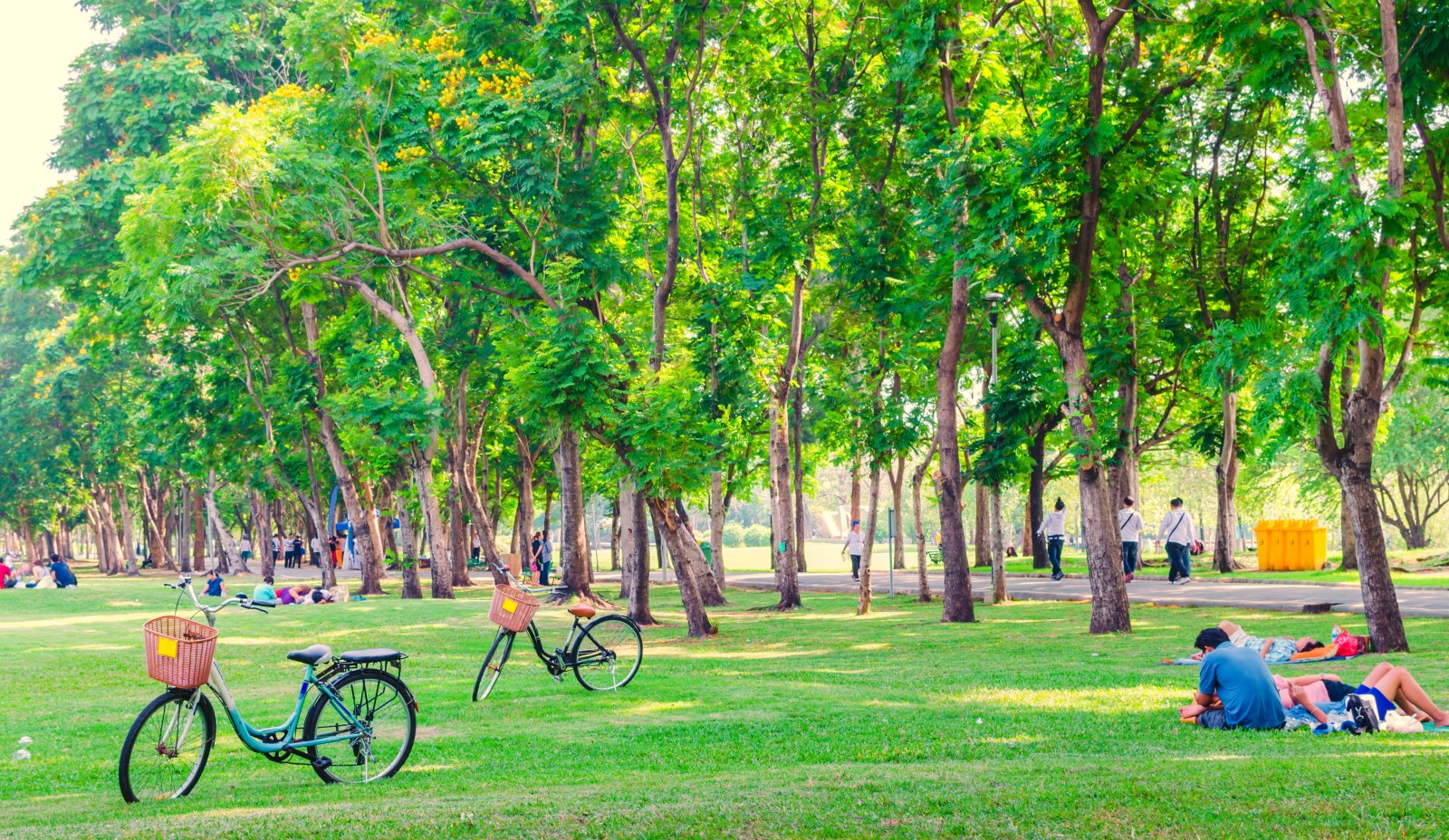 Moreover, a rich urban nature provides people with a wealth of experience. ‘There is a huge rift between humans and nature. Entire generations of children grow up without knowing or understanding nature. If people were to have more plants, animals and trees in their living, school and work environment, they become more aware of the value of nature and appreciate it more.’

Thus, we need to invest in more and better nature in the cities. ‘Scientific studies indicate that the support for nature conservation in broad respect is reduced when people have less experience with nature in their immediate environment. If there is no contact with urban nature, we may face a global, unstoppable deterioration of nature.’

Formerly, urban nature’s primary purpose was decoration. Now, green in the cities must contribute to climate adaptation, health, and nature conservation. ‘This calls for an integrated approach, where green is no longer seen as an expense but has a function: from decorative green to functional green. Because green solutions are a cost-effective way to address future challenges.’

Within the SIGS-project, Snep sees how difficult it is to make the transition to nature-inclusive cities. In this project, he collaborates with twelve large cities and overarching urban development organisations towards green urban planning. His goal is to create awareness and support and provide new tools and insights.

‘Currently, we see that parking and real estate are sacred in spatial development because that is where the money is. But, green could support long-term goals. Too little green results in neighbourhoods with poor living conditions and bad water management. The resulting social problems may cost more than in the long term than the short-term gain generated by reducing green.’

Urban green creates a richer experience in the living, school and work environment.

Snep says that addressing mobility is an excellent point of departure to create more room for green. In cities, the entire design of roads is determined by cars, with the needed lanes and parking spaces. ‘In neighbourhoods with few cars, the percentage of green increases from 5 to as much as 70 per cent. These neighbourhoods’ living conditions are improved.’

Municipalities speak of high ambitions with regard to green and “climate-proof neighbourhoods”, but in practice, it is mostly decorative green. The municipality must safeguard the importance of sufficient green in the urban development process. ‘The parties are currently locked in the system. Various aldermen benefit from more green. This includes housing, health, finance and energy. If all of these aldermen contributed some of their budgets, real  greening would become possible, benefiting the entire city.’

To make new and existing cities sustainably greener, governance at a national level is needed, say the researchers. ‘Over the past decades, the responsibility for spatial planning has been placed with regional and municipal authorities. But a national perspective is needed, with room for local implementation. A roadmap is needed to guide policy-makers, government workers and project developers in the effective deployment of green. This must be addressed with a sense of urgency similar to that of the energy transition’, Snep concludes.