Subscribe successfully!
Devastating Flood in Himalayas Highlights Risks of Development in the Era of Climate Change

On Sunday, February 7, a devastating flood tore through a Himalayan valley in the northern Chamoli district of India’s Uttarakhand state. The flood rushed down the Rishi Ganga River and destroyed two hydropower projects and several villages. While initial reports said the flood was a glacial lake outburst flood, further investigation has shown that the causes of this tragedy are much more complex.

As of this Sunday, a week after the flood, 50 people have been confirmed dead while 154 people are still missing. Another 35 people are thought to be trapped in construction tunnels of the valley’s hydroelectric power projects. Rescue efforts in the valley are continuing as aid groups are working to provide supplies to evacuated villagers and workers.

Satellite imagery and further investigation have shown that the flood was likely caused by a large amount of glacial ice and bedrock breaking off of a glacier on Nanda Devi mountain. This mass of ice and rock landed on the valley floor, with the ice and snow melting into water. The water, crushed rock, and other sediments rushed down the valley. Combined with water and debris from destroyed hydropower dams, this current cascaded into a powerful multi-hazard flood.

As Environment Minister, I came under sharp attack for stopping hydel projects on Alaknanda, Bhagirathi and other rivers in Uttarakhand on ecological grounds. We weren’t considering the cumulative impacts of these projects. I can’t help but recall that now.
#UttarakhandDisasterpic.twitter.com/44Z1CZXRU3

For many in the area, this flood brought back memories of a tragic 2013 flood in Uttarakhand. In an Earth Institute webcast, Joydeep Gupta, an India-based environmental journalist at The Third Pole, spoke about the government response to the prior flood. “In 2013, the same state of Uttarakhand faced a huge GLOF [glacial lake outburst flood],” he said. “A very large number of people, they estimate over 5,700 people, died. So after that, a lot of promises were made by the Supreme Court, the federal government, and the then-chief minister of Uttarakhand. But none of these promises seem to have been kept.” Homes being destroyed in the 2013 Uttarakhand flood. Source: Oxfam International via Flickr

The development of two hydroelectricity dam projects had begun in the valley in recent years as a response to growing energy demand, despite a well-known understanding that they would increase the risks of devastating floods and landslides. These projects were funded and allowed by the Indian government and global investors. “I’m wondering whether there’s a failure of global governance,” Ben Orlove, a professor at Columbia University and managing editor of GlacierHub, said in the Earth Institute webcast. “Some of the funding for these dams comes from the World Bank and the Asian Development Bank from international sources.”

While there are a few institutional emergency signals built into the dams, no early warning systems that measure geological movements and warn locals have been installed. GlacierHub recently published an article that showed that, with the proper technology and regulations, seismic monitoring could help people escape dangerous floods in the Himalayas. On the Rishi Ganga River, basic emergency signal systems for the dams did not operate.

During the flood on February 7, local people stepped in when institutional emergency systems failed. “Villagers standing on hilltops in upstream villages went live on Facebook,” said Gupta. “They started sending WhatsApp messages, and downstream villagers were able to evacuate. People-to-people early warning did work, but institution-to-institution did not work.”

Poorly enforced regulations and financing of the valley’s hydroelectricity projects coupled with global climate change are increasing the risk of hazards in the Himalayas. Anjal Prakash, a coordinating leader of IPCC’s Special Report on Oceans and Cryosphere in a Changing Climate and a Research Director and Adjunct Associate Professor at the Indian School of Business, spoke with GlacierHub about how hazards have worsened in the area as a result of climate change. “We have assessed that climate change has altered the frequency and magnitude of the natural hazards in high mountain regions of the world,” he said. “We reported, with medium confidence, that globally, in some regions, snow avalanches involving wet snow have increased while the rain on snow floods have also increased at lower elevations in springs.”

The February 7 flood is a harrowing reminder for people in the Himalayan regions of Nepal and India that commercial development and global warming are drastically increasing the risks of calamitous floods and avalanches. If regulations and warning system technologies are not able to keep pace with these compounded risks, many local communities and workers will continue to be at risk of devastating harm from future disasters in the region. 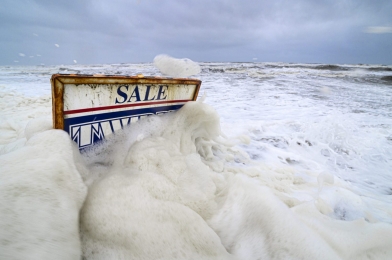 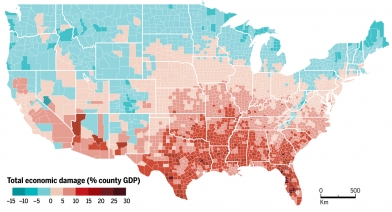 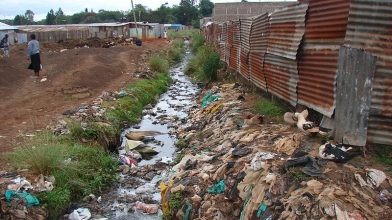