Subscribe successfully!
Parts of Australia declare natural disaster during 'once in 100 years' floods

Rains have been inundating communities since Thursday, but parts of the east coast tipped into crisis on Saturday as a major dam overflowed, adding to swollen rivers and causing flash flooding.

The NSW and federal government have signed 16 natural disaster declarations in areas spanning the central and mid-north coast, from Hunter Valley near Sydney to Coff's Harbour, said NSW Emergency Services Minister David Elliott in a news conference on Sunday. 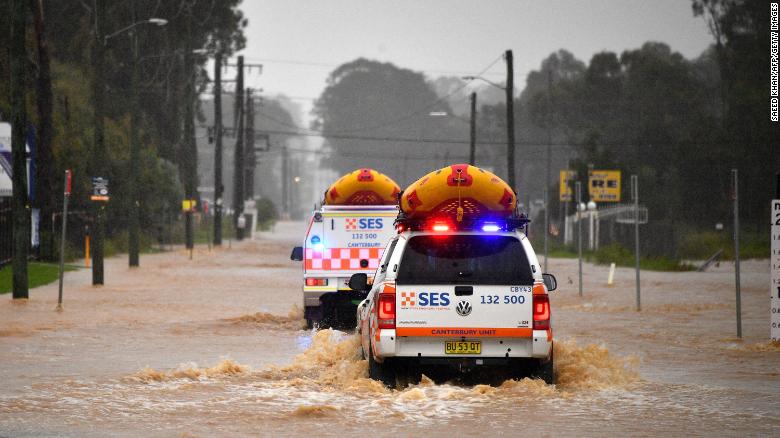 There have been no deaths reported yet -- but, Elliott warned, "we are moving closer and closer to the inevitable fatality."

"We cannot say it enough: do not put yourself in danger, do not put the agencies that are there to assist you in the event of a flood rescue in danger," he said.

Some families were forced to evacuate in the middle of the night as rivers rose to dangerous levels, and 4,000 more people -- primarily in the Hawkesbury region -- may have to evacuate on Sunday, said state Premier Gladys Berejiklian at the news conference.

#NSWRFS aviation crew continue to assist @NSWSES where required. This video was taken by one of our Air Observers on approach to Taree. For emergency assistance with flood and storm damage call the #NSWSES on 132 500. If it's a life-threatening emergency, call Triple Zero (000). pic.twitter.com/lKu4YlV6To

"This is nothing like we've seen since the 1960s," Berejiklian said. In parts of the state that have been hit harder, this is a once-a-century event; in other regions like the Hawkesbury area, it's a "one-in-50-years" event, she said.

Joshua Edge and his fiancée Sarah Soars lost the house they were renting Saturday on what was supposed to be their wedding day. They lost everything they owned, including pets, as flood waters powered through Mondrook, an area near the town of Taree in NSW, Edge's brother Lyle wrote on a GoFundMe page set up to help the couple.

The page has raised nearly $100,000 AUD (roughly $77,000 USD) from 1,779 people in one day. A video circulating on social media shows a house being carried by floods in the same area, but CNN could not independently verify whether it was the one Edge and Soars had been living in.

"We have just been blown away with people's generosity," said Lyle Edge in a Facebook post. "We are all so grateful and can not [sic] thank everyone enough." 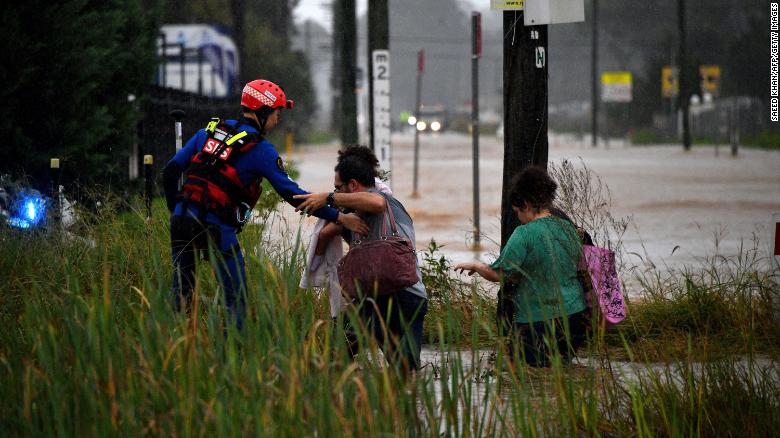 Since Thursday, the State Emergency Service (SES) has responded to 7,000 calls for assistance and conducted more than 750 flood rescues. Thousands of emergency workers and volunteers are still on the ground, helping trapped residents.

Photos show backyards and homes half underwater and roads flooded to knee-high levels. In the mid-north town of Taree, residents rescued a cow struggling to stay afloat in rough waters; nearby, an enthire house was swept away by the raging floodwaters, according to CNN affiliate Seven News. 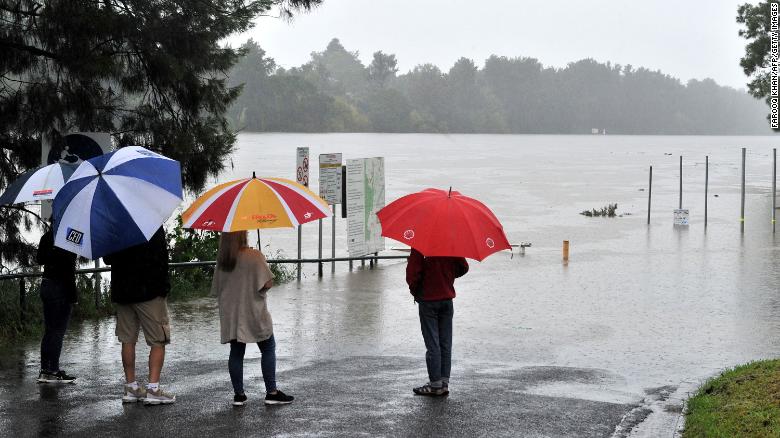 Residents look at the swollen Nepean river during heavy rain in western Sydney on March 20.

Berejiklian urged residents to follow local guidance, stay off the roads, and heed evacuation orders if needed -- even for those who live in flood-prone areas and may have experienced flooding before. "This is different," she warned. "What we're going through is different to what you've been through for the last 50 years. So please take it seriously."

Authorities don't know yet how many homes or infrastructure have been lost, but "the damage is substantial," she said.

The natural disaster declaration could be further extended up the coast if the damage increases, said Elliott. The declaration allows those affected to receive financial assistance, including recovering damage to homes, subsidies for affected livestock or agriculture, and low- or zero-interest loans.

"The terrible storms and floods that have been ravaging NSW for the past few days are taking a heavy toll," Morrison said in a video address accompanying the post, mentioning that he has been in regular contact with Berejiklian.

The Prime Minister praised emergency workers and volunteers in his comments, urging people in flood-hit regions to listen to their advice and warnings, saying "for now, our message is very clear to keep yourself safe, to keep your family safe and those around you to follow the instructions of the very competent, professional agencies and bodies and the volunteers who support them."

Heavy rains are expected to continue in the upcoming week, with a rain band forecast to move across the state from the west, bringing significant rainfall to he northern inland and northwestern slopes, said Agata Imielska of the Bureau of Meteorology. The worst-affected areas could see rain totals more than four times the March monthly average falling in just two days.

Flooding on the Hawkesbury River, which runs north and west of Sydney, is expected to be as bad as a similar event that occurred in 1961, according to a statement from the Bureau of Meteorology.

More than 130 schools in New South Wales will close on Monday, with some requiring "maintenance and repair," according to a press release from local officials.

Wednesday will be the first day of some reprieve, with rains expected to lighten into showers.

But the cleanup operation will take many more weeks, said SES Deputy Commissioner Daniel Austin, according to CNN affiliate Nine News. Teams on the ground are expecting operations to continue "well past Easter," and river levels will take time to recede. "We're looking at some very long and protracted operations," he said. 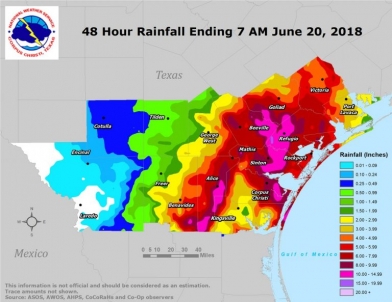 USA – Widespread Flooding in Texas After Days of Heavy Rain 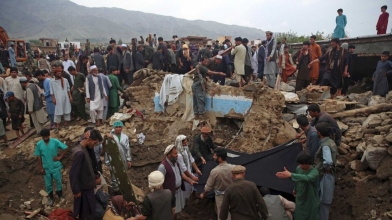