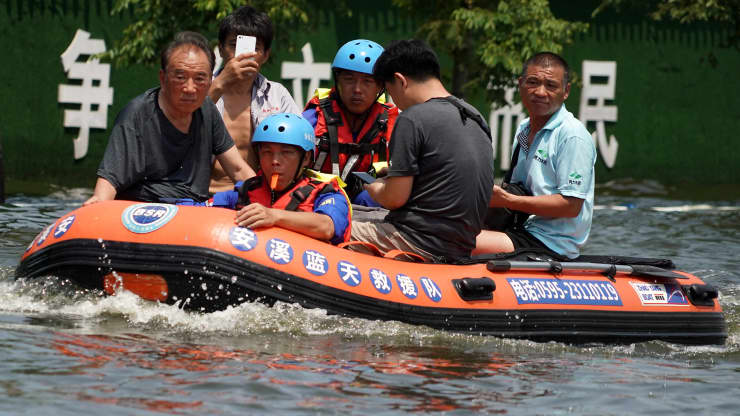 Severe rainstorms and flooding in China are hurting the profits of insurance companies, and highlight the shortfalls of the country’s natural disaster insurance system.

Flooding in Henan last month resulted in a record single-event insurance loss of $1.7 billion, impacting companies that provide property and casualty insurance, according to a S&P Global Ratings report which tracked losses as of Aug. 3.

The central province of Henan experienced its highest recorded rainfall since 1951, when the first records were available, state weather officials said.

Flooding and mudslides in the region claimed over 300 lives, reported state-backed tabloid Global Times. More than 1 million hectares of crops were damaged, and over 35,000 houses were destroyed across the province, state news agency Xinhua reported, citing official data. Direct losses of over 133.7 billion yuan ($20.63 billion) were incurred, the report said.

“We expect insurance claims from the (Henan) flooding … to exceed CNY8 billion ($1.23 billion), or about 0.7% of China’s total non-life direct premiums written in 2020,” Fitch Ratings said in a report dated July 27.

“Fitch believes the flooding losses will be material to the insurance industry as reported claims have continued to surge,” the report said.

Role of insurance in China

For decades, China has been plagued by natural disasters like hurricanes, earthquakes and floods.

In addition to the Henan floods, more than 80,000 people in Sichuan province were also evacuated earlier this month due to heavy rains and floods.

However, insurance still plays a weak role in China’s compensation for catastrophic loss system, according to a World Bank report.

According to S&P, insurance companies are not factoring in the frequency of these calamities and continue to use outdated models to sell insurance packages.

Adding to that, there is a lack of public awareness and Chinese citizens are not willing to accept disaster insurance, a separate study on social factors and insurance shows.

The problem with underinsurance can be addressed on two levels, S&P said.

From an individual perspective, S&P predicts that the record level of flooding in the past two years could lead to a “greater awareness among the public” and help them see the need for insurance protection.

To overcome the public’s low awareness of disaster insurance, some local governments – including those in Ningbo, Shenzhen and Guangdong have been purchasing polices on behalf of their citizens, according to to the Global Facility for Disaster Reduction and Recovery (GFDRR), a World Bank program.

Urbanization is a risk factor

Rapid urbanization in China plays a role in the recent extreme weather events such as heavy flooding and global warming, climate experts say.

China’s megacities and other large, developed areas cover exposed land with concrete, making it harder for rainwater to drain through and increasing the risk of waterlogging.

Severe flooding is “expected to worsen due to climate change,” with an increase in the frequency and severity of extreme weather events, said a World Bank blog. “This is particularly true in the urban space, where impermeable land surface reduces infiltration and increases flash flood risks during storm events.”

According to S&P, more insurance will be needed to protect against flood events and providers will have to bear “greater sensitivity towards flood-related risks” when selling insurance.

Flood and typhoon insurance and their risk models are still underdeveloped in China, according to international disaster recovery program, GDFRR.

S&P said insurers need to account for this urbanization and regularly update their catastrophe models, which are computerized systems that generate simulated events and consider various risk factors to determine the potential amount of damage. 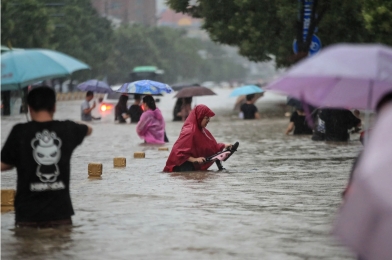 The Rain Is Becoming an Issue 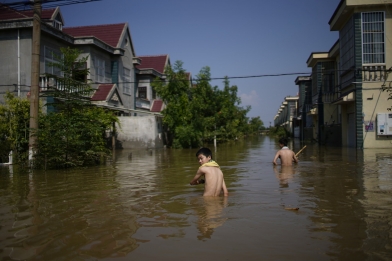 As China Boomed, It Didn’t Take Climate Change Into Account. Now It Must