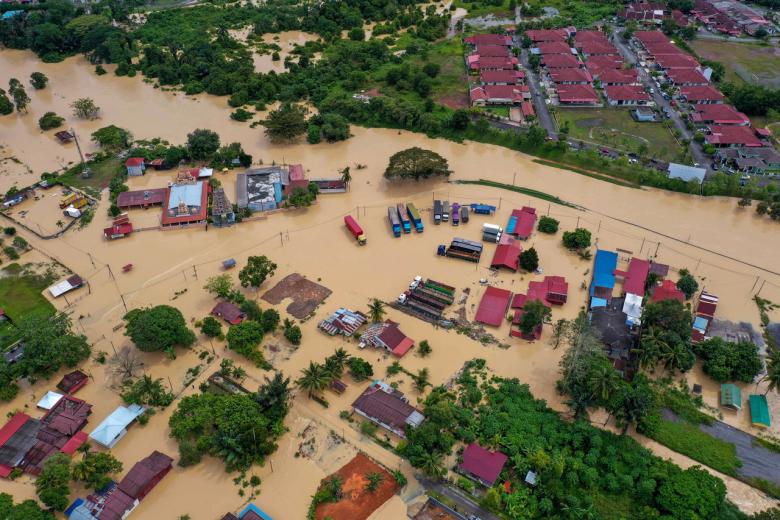 KUALA LUMPUR - Malaysia is looking to deepen its rivers and major drains as part of a wider plan to mitigate flooding, Prime Minister Ismail Sabri Yaakob said on Saturday (Jan 1), as more rains have flooded again several states in Peninsular Malaysia including Johor.

He also pledged on Friday to provide more financial aid, including up to RM61,000 (S$20,000) for flood-hit families. This comes amid pressure on the government to allow the public to tap their pension funds after the devastating floods two weeks ago that inundated parts of Malaysia and killed 48 people.

"We will seek out and discuss whatever methods that are suitable to resolve this problem, and if it cannot be implemented simultaneously throughout the country, focus will be given to districts or areas at high risk of flooding," Datuk Seri Ismail was quoted as saying by Bernama news agency.

This will be the main agenda of the National Disaster Management Committee once the post-flood operations are completed, and it will involve state governments, ministries and agencies, as well as experts in related fields, he added.

Among measures that can be taken include building more flood mitigation projects, deepening rivers and other waterways, as well as building tunnels like Kuala Lumpur's Stormwater Management and Road Tunnel in high-risk urban areas such as Shah Alam in Selangor.

"A long-term plan involves huge costs but it helps to reduce the costs incurred by the government each time it floods. So far, we have spent RM1.4 billion on aid alone and this amount is expected to increase because we have not yet received the full report on damage," said Mr Ismail.

According to the Premier, a plan for long-term solutions had been discussed by the Barisan Nasional administration but it was not carried out.

There has been public pressure on the government to allow flood victims to withdraw savings from their Employees Provident Fund (EPF) accounts - usually not available for withdrawal before retirement - to help pay for repairs, food and new furniture.

The government had previously allowed EPF withdrawals to ease economic hardship caused by the Covid-19 pandemic, with nearly RM101 billion taken out.

Almost 50 per cent of contributors, numbering six million, have savings of less than RM10,000, he said on Facebook.

"The proposed populist move by some is not the right one. In the end, people would be impacted in the long term, and their children and grandchildren will face the burden of supporting them," he said. 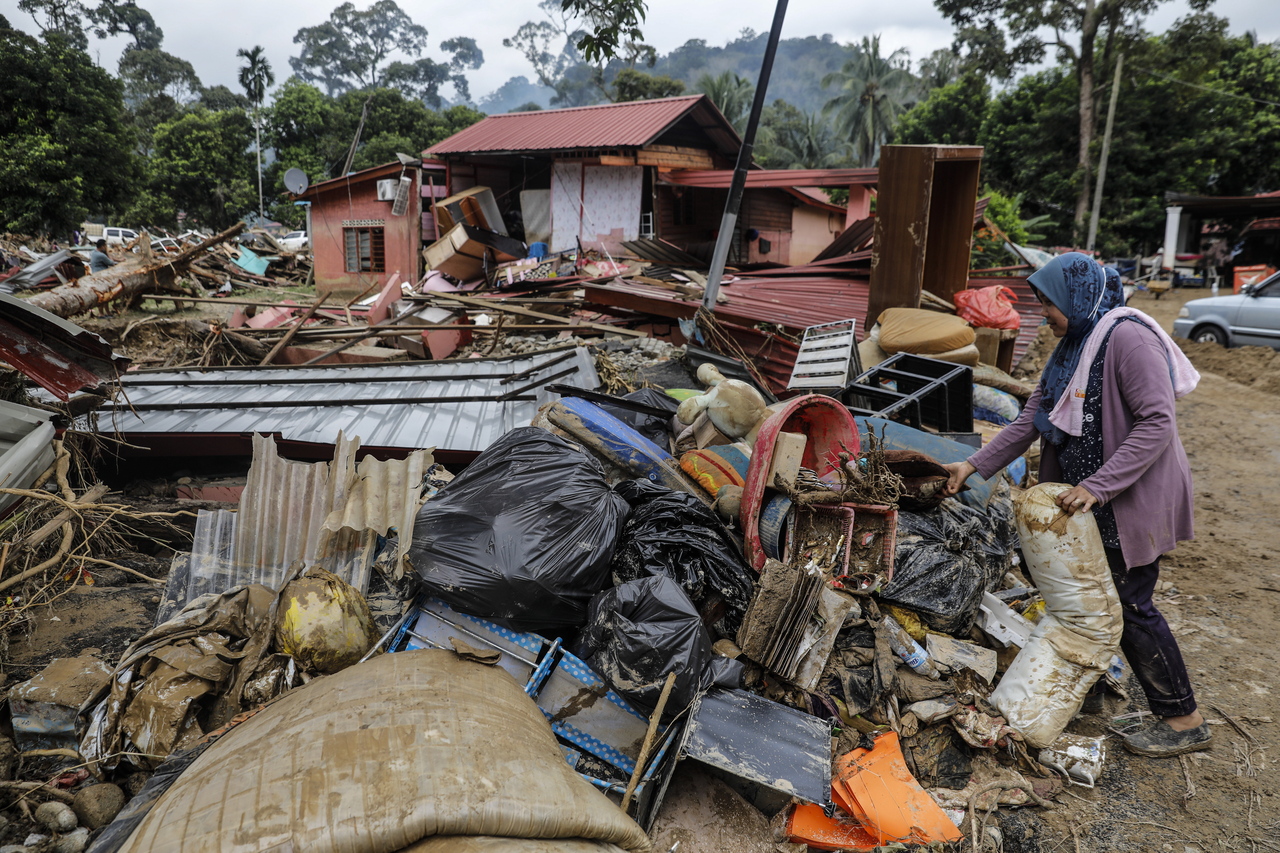 A woman searching through debris in Hulu Langat, Malaysia, on Dec 22, 2021. There has been public pressure on the government to allow flood victims to withdraw savings from their Employees Provident Fund accounts. PHOTO: EPA-EFE

The Meteorological Department has issued an alert of continuous heavy rain forecast for the states of Pahang, Negeri Sembilan, Melaka and Johor until Jan 3.

Johor saw more than 1,000 victims relocated on Saturday, while the number of evacuees in Sabah, Negeri Sembilan, Kelantan and Terengganu also continued to rise.

In Sabah, the number of flood victims rose to over 500 on Saturday morning.