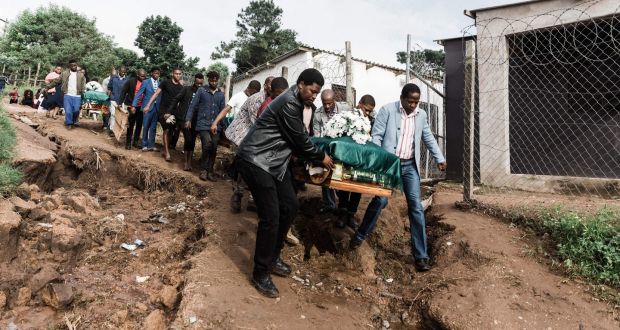 Four children’s coffins and that of an adult, from a single family who drowned following floods and mudslides in Kwa-Zulu Natal province. Photograph: Rajesh Jantilal/AFP via Getty

As KwaZulu-Natal struggles to rebuild after the deadly floods that decimated the province this month, understanding the cause of the weather-related disaster has become a major concern for its beleaguered residents.

The subtropical region has been subjected to increasingly destructive flooding in the past decade – in 2016, 2017, 2019 and 2022 – and the death toll and damage caused to property and infrastructure has worsened with each new catastrophe.

The latest flooding in KZN, which occurred after the heaviest rains the coastal province has experienced in living memory, has left more than 400 people dead so far. But the number of victims seems likely to rise as dozens more are still missing.

On April 11th alone the storms dumped more than 300mm of rain on the affected areas – the highest volume of rainfall ever recorded in the region in a 24-hour period.

The province is mostly governed by the ruling African National Congress (ANC) party, and its local politicians have been quick to blame global warming for the intensity of the week-long deluge that gave rise to the floods.

Indeed, South African president Cyril Ramaphosa told reporters while touring flood-affected areas that “we no longer can postpone what we need to do to deal with climate change. It is here, and our disaster management capability needs to be at a higher level.” 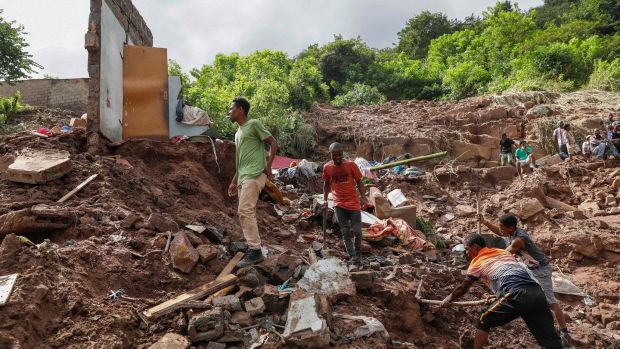 Family members assist with clearing debris during efforts to locate 10 people unaccounted for from a township outside Durban. Photograph: Phill Magakoe/AFP via Getty

However, many KZN locals suspect municipalities’ poorly maintained infrastructure and inadequate spatial planning are equally responsible for the scale and severity of the floods, and that the ruling party is trying to avoid responsibility for the disaster by blaming climate change.

So, what do the weather experts think was behind the unprecedented flooding?

The South African Weather Service said in a press release that the rainfall in KZN that led to it was “of the order of values normally associated with tropical cyclones; however, SAWS must strongly emphasise that this system is not tropical in nature, nor is it a tropical cyclone”.

The weather service maintained its scientists could not blame climate change for the KZN disaster, as “we cannot attribute individual weather events occurring on short timescales to longer-term events, occurring over years or decades”.

It added that what it could say “with confidence” was that severe and extreme weather events were becoming more extreme globally as a direct result of global warming. Consequently, the type of rainfall that KZN experienced in April could be expected to “recur in the future and with increasing frequency”.

“From the data the country has, what we are seeing is an overall trend that shows heavy rain events are increasing”

Prof Mark New, the director of the African Climate and Development Initiative at the University of Cape Town, says to provide certainty around whether climate change is the cause of the KZN floods, 30-40 years of accurately measured rainfall is needed.

“Here in South Africa, we have a reasonably good network of weather measurement stations, but it is still fairly sparse,” he said. “But from the data the country has, what we are seeing in KZN, Limpopo and Mpumalanga [provinces] is an overall trend that shows heavy rain events are increasing.” 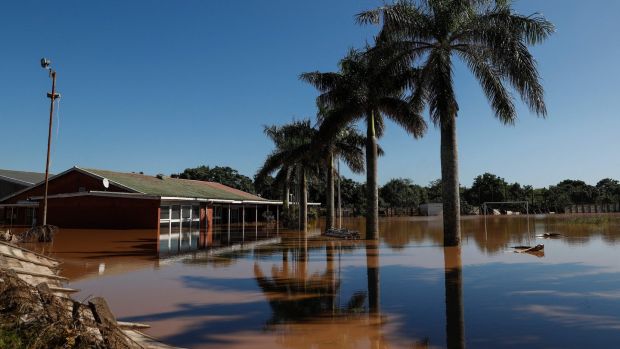 He went on to say that rather than blaming climate change or poorly maintained infrastructure for the floods, it was when these and other factors were combined that a “perfect storm” event occurred.

For instance, the Durban area is hilly and divided by gorges and rivers, which according to experts is the type of topography that is susceptible to landslides during extreme rainfall events.

In addition, many of the buildings that were damaged or destroyed were very poorly built and located along riverbanks, which made the exposed communities far more sensitive to the rainfall event, New said.

Hope Magidimisha-Chipungu, the University of KwaZulu-Natal’s associate professor for urban planning, says about a quarter of South Africa’s urban dwellers live in informal settlements that are built wherever people find open ground near to economic opportunities.

On April 14th she wrote in online academic journal the Conversation that the more recently developed informal settlements around Durban were built on risky areas that are prone to flooding and landslides, which makes them vulnerable to climate change events.

“They lack basic amenities and infrastructure, including proper roads and storm-water drainage systems. This leaves their residents most vulnerable to the effects of climate change and changing weather patterns, such as floods,” Magidimisha-Chipungu said.

Prof New said that looking to the future, there were many interventions that could be introduced to help KZN communities vulnerable to climate change. These include undertaking robust infrastructure maintenance and urban and peri-urban landscape management, and increasing the government’s rate of social housing development.

But although the government has developed a comprehensive national climate change adaptation strategy, Prof New said there were many challenges around implementing it effectively.

“Generating the investment needed is very difficult as it is hard to demonstrate a financial return on it,” he said. “In addition, South African municipalities have so many major issues to worry about that adapting to climate change can fall down the priority list.” 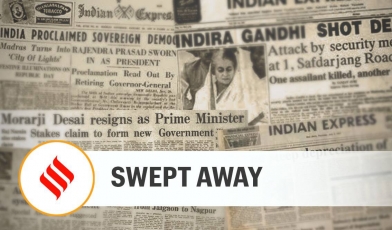