Subscribe successfully!
Over 900 killed by Pakistan monsoon rains and floods, including 326 children 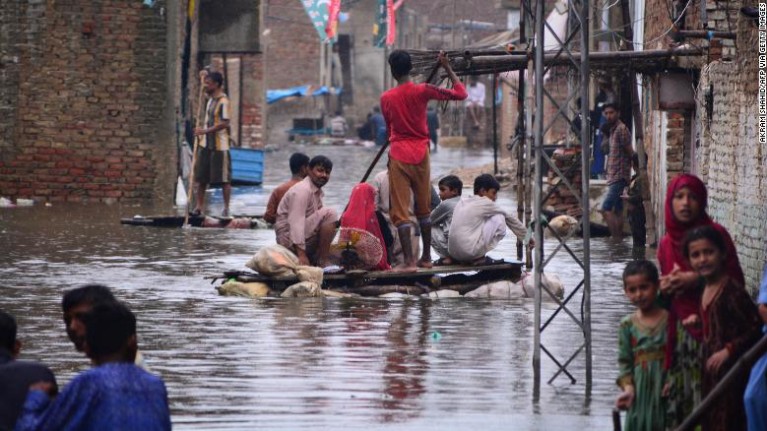 Islamabad, Pakistan (CNN) — At least 903 people have died in Pakistan from severe rains and flooding this summer, as the country sees its eighth cycle of monsoon rains, Pakistan's Minister for Climate Change told CNN Wednesday as the country appealed for international assistance.

She also tweeted that among the dead are 326 children. The government is utilizing all available resources to help the victims, she said.

Heavy monsoon rains and floods have affected 2.3 million people in Pakistan since mid-June, according to the United Nations' Office for the Coordination of Humanitarian Affairs (OCHA).

At least 95,350 homes have been destroyed, according to the humanitarian agency. The southeastern province of Sindh and the southwestern province of Balochistan are the two most "affected provinces in terms of human and infrastructural impact," OCHA wrote in a Tuesday press release. 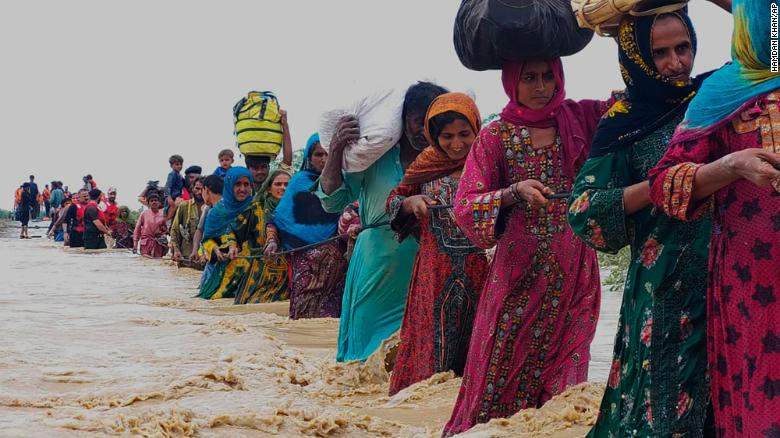 The southwestern province of Balochistan is one of the two most heavily affected areas.

More than 504,000 livestock have been killed, nearly all of them in Balochistan, while nearly 3,000 kilometers (1,864 miles) of roads and 129 bridges have been damaged, blocking access to flood-affected areas, OCHA writes. 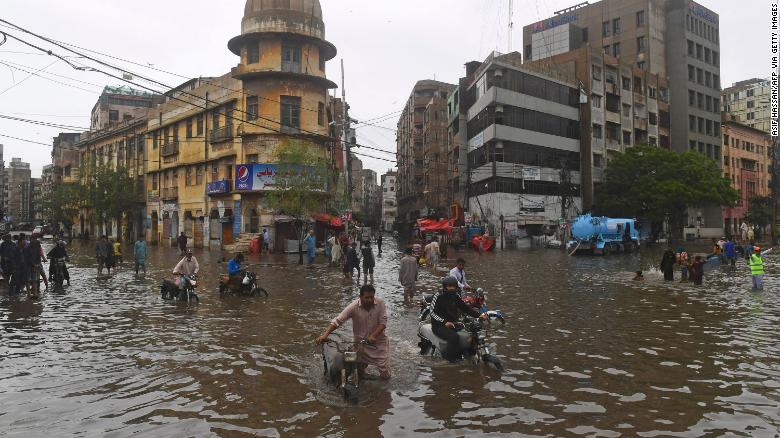 People wade across a flooded street after heavy monsoon rainfall in Karachi on July 25.

Pakistan has monsoon rains every year, but nothing has been as bad as the rains this summer, Rehman told CNN. Residents were caught unprepared, for instance, when 400 millimeters (about 15 inches) of rain poured down over the course of hours in Pakistan's largest city, Karachi, she said.

"No city is structured or geared up or that climate resilient that it can cope with this amount of water in such a short time," she said. "This is a torrential downpour of biblical proportions."

July was the wettest in three decades, with 133% more rain than the average for the past 30 years, the National Disaster Management Authority said earlier in August. Balochistan, which borders Iran and Afghanistan, received 305% more rain than the annual average, the disaster agency said.

Rehman, who was speaking at an NDMA briefing on Wednesday, likened the situation to record flooding in 2010 but said much of Balochistan, south Punjab, and 30 districts of the Sindh region were facing an "unprecedented humanitarian disaster."

"People are adrift, livestock and crops are damaged," Rehman said.

More heavy rain and flooding is expected, and schools in Balochistan and Sindh have been closed in anticipation of a fresh spell of monsoon rain expected towards the end of the week. 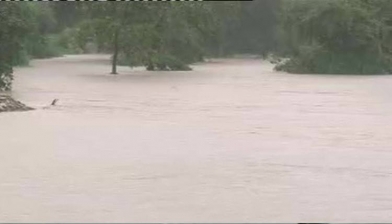 Over 20,000 Flood Victims Trapped In Thailand 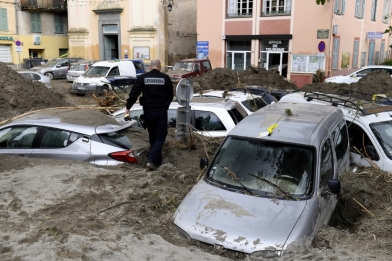 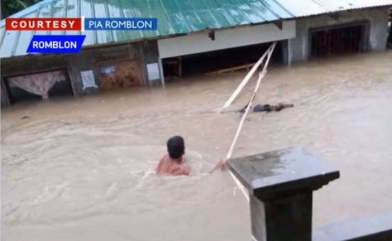 Residents dash to save property as Dante submerges Philippine villages