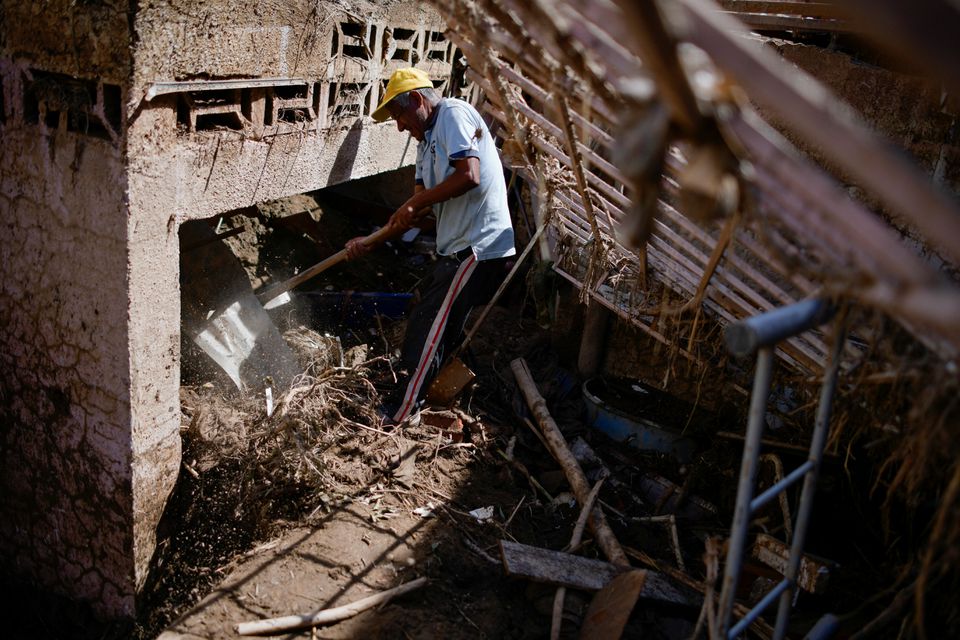 A resident removes mud inside a house after devastating floods swept through the town over the weekend, in Las Tejerias, Venezuela October 11, 2022. REUTERS/Gaby Oraa 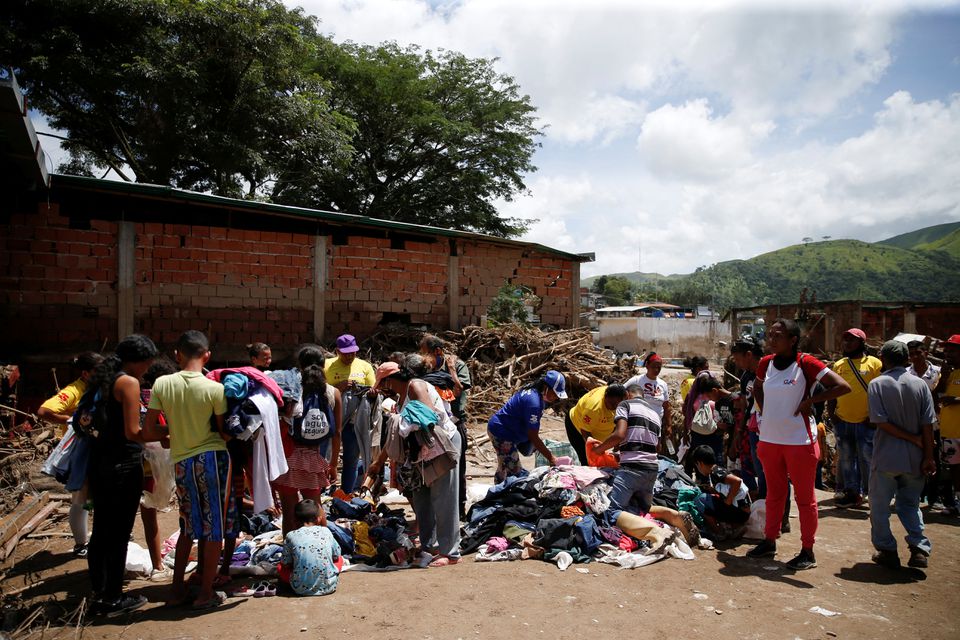 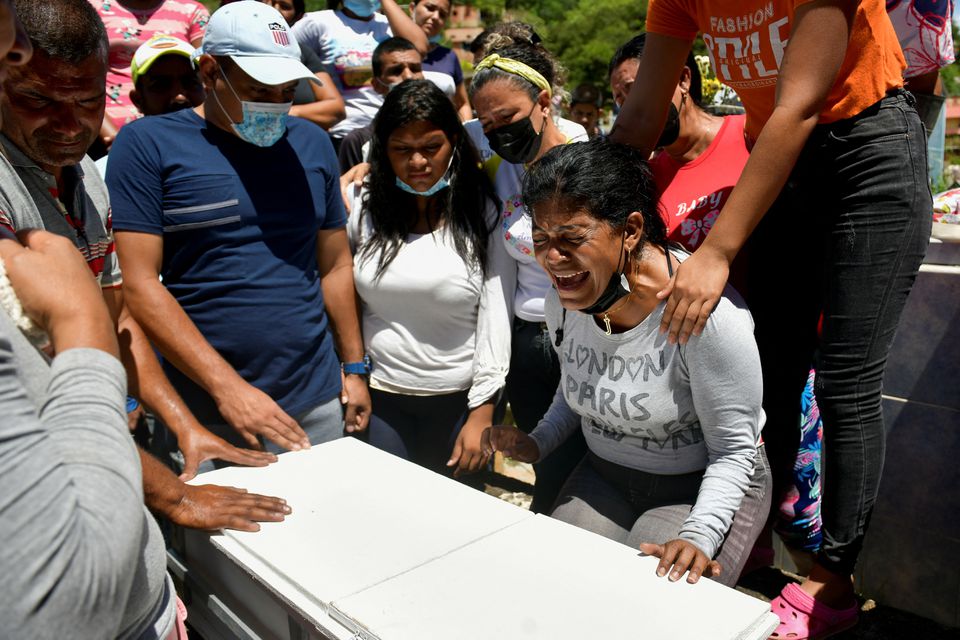 Jennifer Galindez mourns her granddaughter baby Damna Romero, who died during due to devastating floods that swept through the town over the weekend, in Las Tejerias, Venezuela October 11, 2022. REUTERS/Gaby Oraa

LAS TEJERIAS, Venezuela, Oct 11 (Reuters) - Hundreds of Venezuelans roamed the streets of Las Tejerias on Tuesday, digging and searching for missing relatives amid a rising death toll from devastating weekend floods that swept through the town, leaving many wondering where they will live.

"I want them to give me a house for my children because I was left homeless. I was left with nothing," said Yolismar Marin, 22, while sitting in a school serving as a shelter for victims of Saturday night's floods.

Venezuelan Vice President Delcy Rodriguez said 43 people had been confirmed killed in the disaster, while President Nicolas Maduro said earlier on state television as many as 100 may have died. Some 56 people were still reported missing, Maduro said.

Though electricity and cellphone coverage have been restored to the town of 73,000 people about 67 km (42 miles) southwest of the capital Caracas, it remains without running water, according to Reuters witnesses.

"We lost everything," said Marin, accompanied by her two children and husband Devis Manrique, 30. The floods carried mud, rocks, trees and other debris into the town in Venezuela's Aragua state, destroying houses and businesses.

Government officials who visited Las Tejerias promised to recover all the houses and businesses affected.

Also at the shelter was Gabriel Castillo, 32, who worked at a hairdressing salon. He told of his search for any sign of his mother in the destruction.

Castillo was saved after waking up to the noise of the flood, he said. He left home to see what was happening but his mother and aunt were still inside the house when it was buried by mud.

More than 1,000 homes were destroyed or damaged, officials said on Monday.

Galindez's husband, who had a leg amputated due to severe diabetes, remains missing.

"I felt like my world had collapsed," said Segovia, 28, a nurse. "There's no sign of my dad yet. We're going to continue searching."