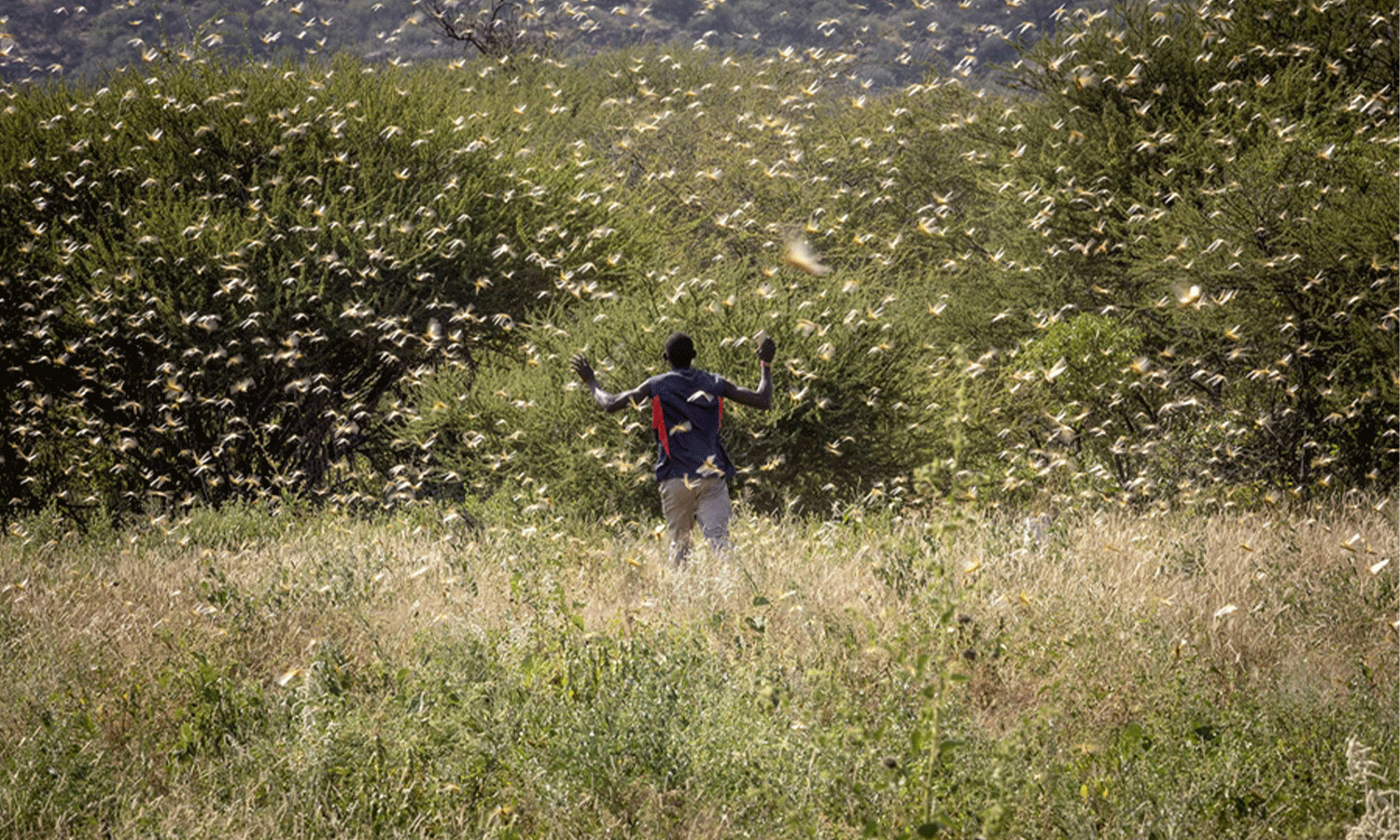 The COVID-19 and economic crises in the U.S. are fully occupying our lives these days. Of course, these are also global challenges—with the potential to cripple developing nations that have far fewer resources and medical facilities and many more people living in poverty. Eastern Africa is being hit by a particularly cruel trifecta of disasters right now: a second major locust infestation, massive flooding triggered by heavy rains, and the public health and economic fallout from COVID-19. This in a part of the world where millions of people suffer from severe food insecurity.

The National Oceanic and Atmospheric Administration’s (NOAA’s) Climate Prediction Center just released its Africa Hazards Outlook for May 14-20, 2020 and it highlights two major disasters underway: “Ongoing heavy rains in East Africa continue to cause deadly flash flooding and river flooding in many areas. Locusts remain a serious threat in the east and could spread into the Sahel over the coming months.”

This recent infographic from the UN Office for the Coordination of Humanitarian Affairs (OCHA) captures a snapshot of what people in countries like Djibouti, Eritrea, Ethiopia, Kenya, Somalia, and South Sudan are facing right now.

Of course, none of this happened overnight. The Food and Agriculture Organization (FAO) of the United Nations and other experts have been sounding the alarm about the locust crisis for months now, warning that if aid did not come quickly the swarms would rapidly multiply when the seasonal rains came. Now those rains are here and, what’s more, they have triggered massive flooding and landslides.

Climate change is contributing to both increased rainfall (and paradoxically also increased drought conditions) in the region, as well as a multi-year cycle of warm and wet conditions that fueled the locust infestation. Together these factors are raising the specter of catastrophic food shortages in places where people already suffer from food insecurity, malnutrition and hunger.

The COVID-19 situation in the Horn of Africa is still unfolding, with relatively few identified cases and deaths thus far—partly because of a severe lack of testing. Countries are doing their utmost to prevent and control infections. They know they simply do not have the medical resources to cope with a major outbreak.

People in places like South Sudan and Somalia are already at risk as they endure or try to flee the impacts of years of conflict and unrest. Ethiopia and Kenya are the leading refugee-hosting countries in Africa, with many of these refugees fleeing fighting and instability in neighboring countries including Eritrea, Sudan, South Sudan and Somalia. Significant efforts are underway to prevent and control infections in refugee camps, where the impact could be particularly devastating since there is no ability to practice social distancing and access to water for hand washing and cleaning is limited.

The growing global economic crisis precipitated by COVID-19 will of course fall hardest on low-income people and people who live in poverty around the world. In developing countries like Ethiopia, it threatens to upend hard-won economic progress over the last few years, pushing many people back into poverty. How tragic to see this happen mere months after Prime Minister Abiy Ahmad won the 2019 Nobel Peace Prize for his work in building democracy and contributing to peace and reconciliation with neighboring Eritrea.

Back in February, the FAO made an urgent appeal for $138 million to help countries cope with the locust crisis, which it subsequently raised to $153.2 million in March. The good news is that $130 million has been received from donors (including $19 million from the U.S.), and that allowed the FAO and countries to take important measures to try to limit the scale of the first round of the locust outbreak.

The FAO recently released a report outlining progress in fighting the locust outbreak. On the plus side, the FAO said that its preliminary estimates showed that “720, 000 tonnes of cereal, enough to feed five million people a year, have been saved in ten countries.”

However, much more is needed now to help limit the second wave of locusts and protect food supplies and livelihoods. COVID-19 is also complicating efforts to eradicate the locusts because it is interfering with movement of personnel, pesticide supplies and aircraft.

The humanitarian food crisis in the region is likely to peak between June and September, although food assistance needs will persist for at least the rest of 2020, according to the Famine Early Warning Systems Network (FEWS NET)

The locust crisis is growing and expanding in scope, with risks extending all the way to the Indo-Pakistan border, as the latest forecast from the FAO shows. 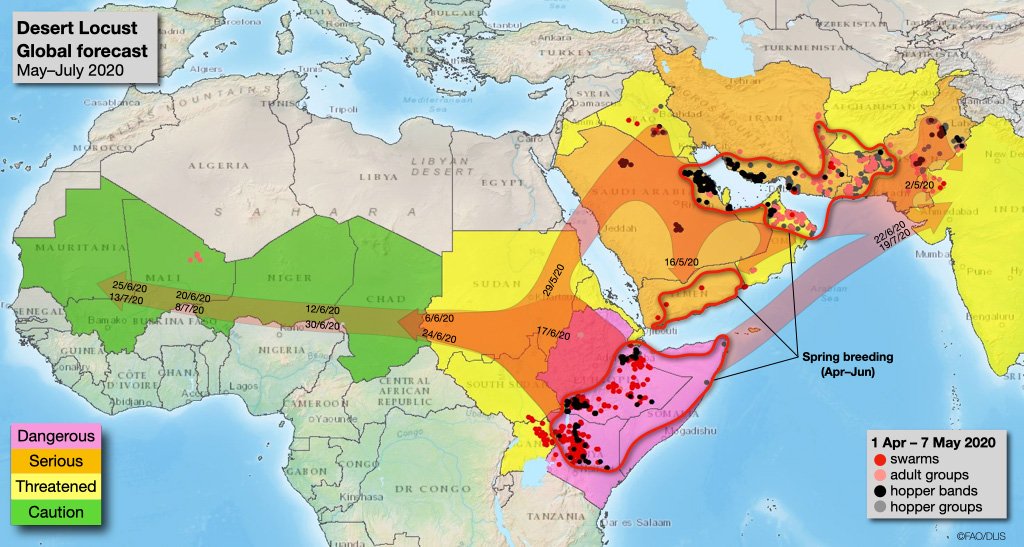 “We can and must protect vulnerable people from the impact of multiple crises: conflicts, climate extremes, desert locusts and COVID-19, which threaten to cause a further dramatic deterioration in their food security.”

“To do this, we need to intensify our efforts further and focus not just on controls but on supporting the livelihoods of farmers and pastoralists so they can get through this.”

What’s our role in a global crisis?

Understandably, our focus is on the health and welfare of the people in our nation. There is a lot to fix right here at home as we watch the number of deaths from COVID-19 grow rapidly and the unemployment figures also skyrocket.

But I hope we’ll also see the common humanity of people halfway around the world struggling with significant challenges. I hope we’ll recognize that providing humanitarian aid in their hour of need is vital. Nations in Eastern Africa need immediate help to beat back the locusts, build back from floods and ensure people have access to food. And ultimately, we know that we cannot beat the COVID-19 virus if we only fight it on the home front.

Working together with experts on the ground and other international organizations like the World Health Organization (WHO) and the FAO, US scientists are making crucial contributions to projections on climate, extreme weather, health risks and other hazards in Africa. We are seeing in real time how invaluable this international cooperation is—how literally lifesaving it can be.

And we can and must do more in the months ahead, as needs increase.

Even as we face crises on the home front, let’s not turn our backs on the rest of the world. Quite the opposite—we need to do more to ramp up our collaborative efforts to address global challenges like COVID-19 and climate change. 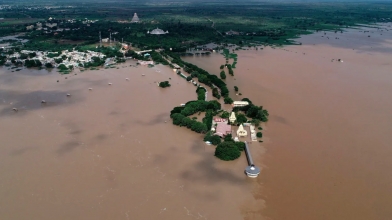 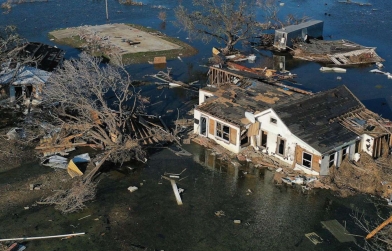 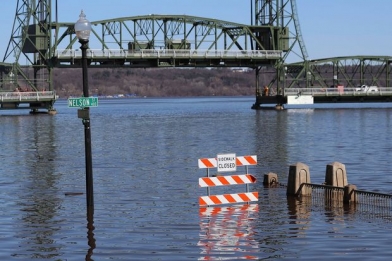