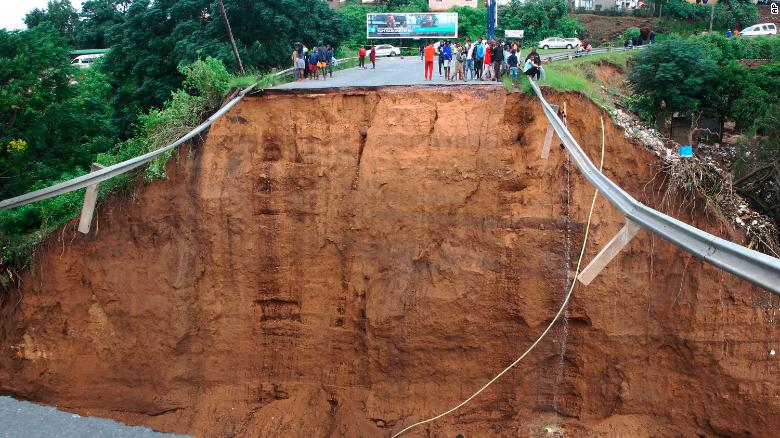 The tragedy marked "one of the darkest moments in the history" of the KwaZulu-Natal province, the regional government said in a tweet.

"We join the families in mourning the lives that we have lost as a result of the heavy rains," the government wrote. "We wish to commend disaster management teams for the tireless work they have been doing to evacuate affected communities."

A bridge near Durban was swept away, leaving people stranded on either side. 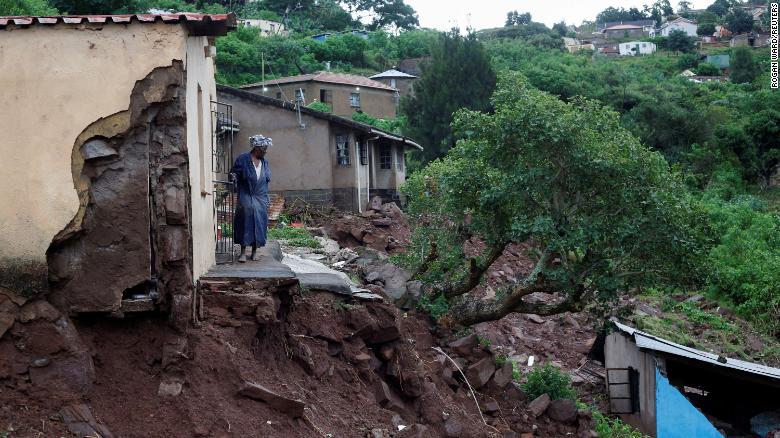 A woman stands at her front door after heavy rains caused flood damage in Durban, South Africa, on Tuesday, April 12. 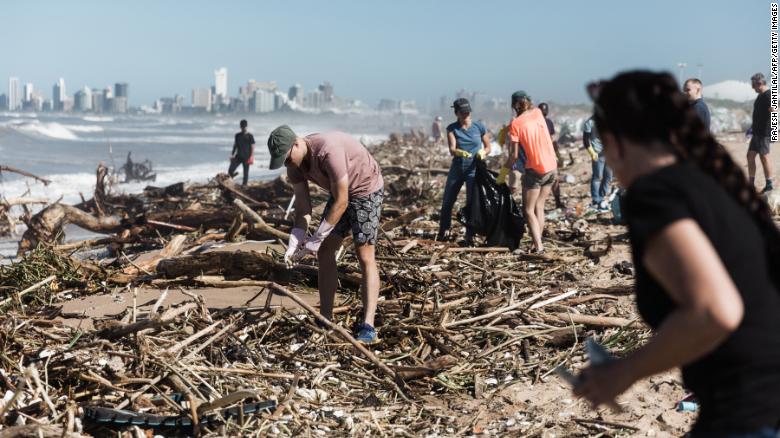 Volunteers work to clean up debris at the Blue Lagoon beach in Durban on April 14. 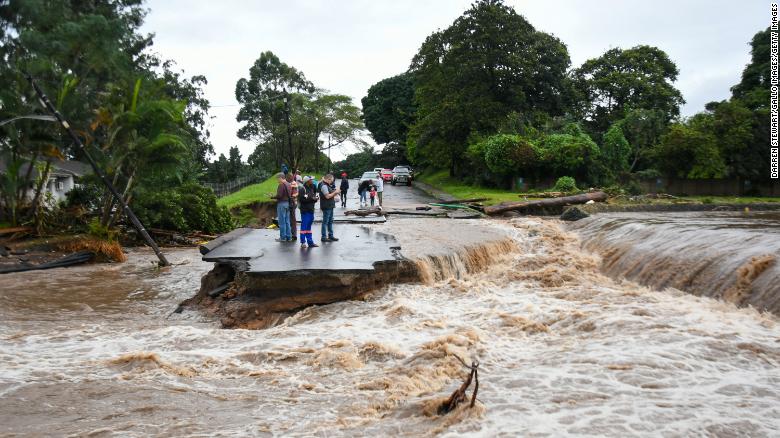 A road in Pinetown was washed away by floodwaters on April 12.

KwaZulu-Natal has experienced extreme rainfall since Monday in what the provincial government called "one of the worst weather storms in the history of our country" in a statement posted to Facebook.

"The heavy rainfall that has descended on our land over the past few days, has wreaked untold havoc and unleashed massive damage to lives and infrastructure," it said.

The flooding is a result of slow-moving storm Issa, which has dumped several months' worth of rain over Durban and surrounding cities since Monday. As much as 450 mm (nearly 18 inches) has been recorded along the coast of KwaZulu-Natal in that time. In Durban, 307 mm (nearly 12 inches) fell in only 24 hours, which is more than four times the normal amount for the entire month of April.

After a brief rain-free respite Thursday, rain is set to return to the same areas on Friday and will persist off and on through the weekend, as a cold front stalls over the country's east. 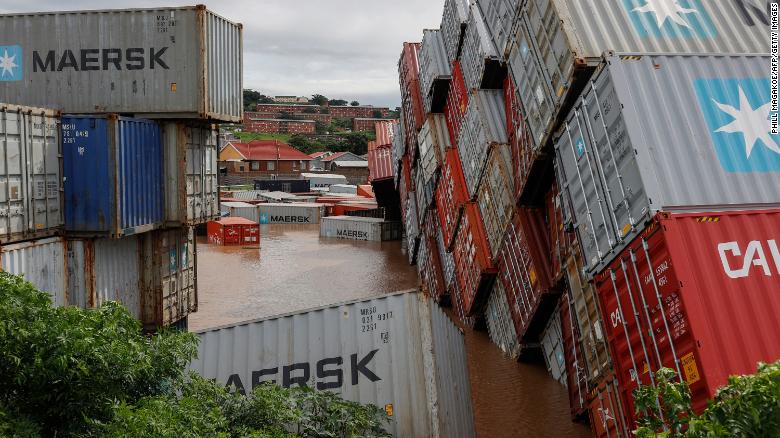 Shipping containers fell over in the heavy rains and winds in Durban.

Teams worked to evacuate people in areas that experienced "mudslides, flooding and structural collapses of buildings and roads," Sipho Hlomuka, a member of the Executive Council for Co-operative Governance and Traditional Affairs in KwaZulu-Natal, said on Twitter Tuesday.

"The heavy rains have affected power lines in many municipalities with technical teams working around the clock to restore power," Hlomuka added.

The local government asked private and religious institutions to assist with emergency relief operations, and have requested help from the South African National Defense Force to provide aerial support, he said. 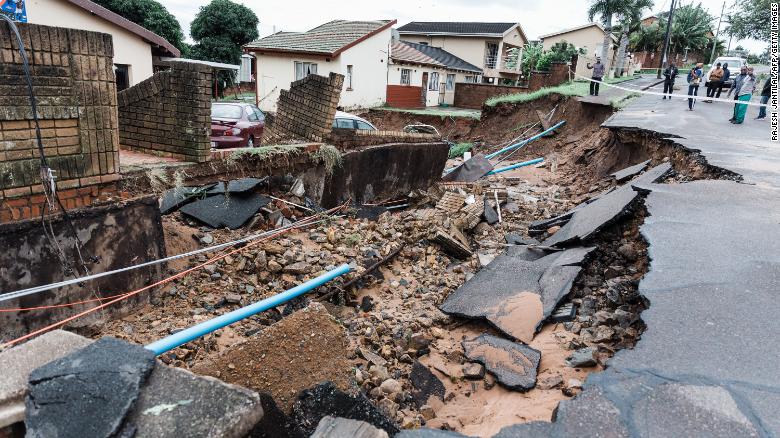 A severely damaged road and home following heavy rains in Durban on Tuesday.

The extreme weather comes just months after heavy rainfall and floods hit other parts of southern Africa, with three tropical cyclones and two tropical storms over just six weeks from late January. There were 230 reported deaths and 1 million people affected.

Scientists from the World Weather Attribution (WWA) project -- which analyzes how much the climate crisis may have contributed to an extreme weather event -- found that climate change made those events more likely.

"Again we are seeing how the people with the least responsibility for climate change are bearing the brunt of the impacts," WWA's Friederike Otto, from the Grantham Institute for Climate Change and the Environment at Imperial College London, said Tuesday, referring to the earlier storms in southern Africa.

"Rich countries should honor their commitments and increase much-needed funding for adaptation, and for compensating the victims of extreme events driven by climate change with loss and damage payments," she added.

This is expected to be a major sticking point at the next international climate negotiations, the COP27 conference in Sharm el-Sheikh, Egypt, in November.

Scientists have warned that the world must try to cap global warming to 1.5 degrees Celsius above temperatures before industrialization, around 200 years ago, to stave off some irreversible impacts of climate change. The Earth is already around 1.2 degrees warmer. 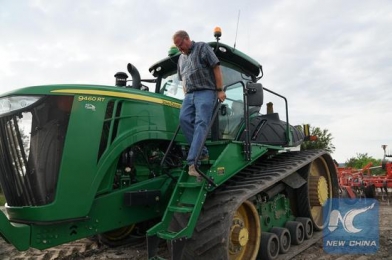 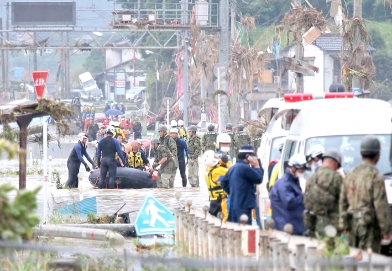 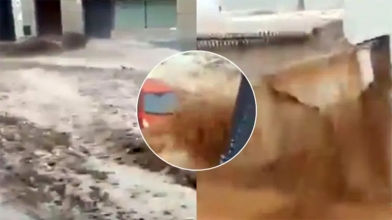