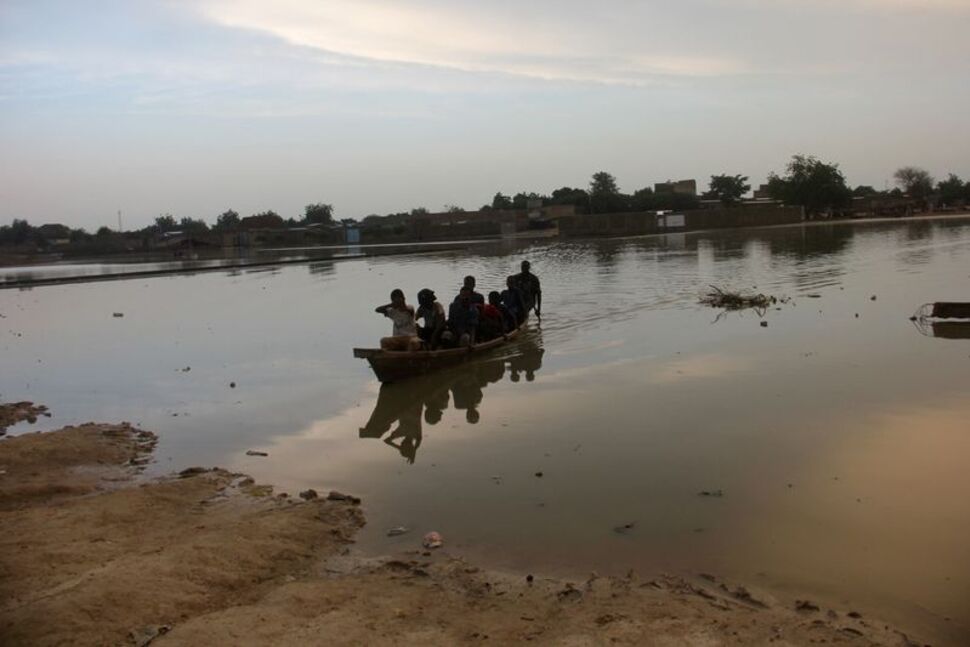 N'DJAMENA (Reuters) - Chad's heaviest seasonal rainfall in over 30 years has left parts of the capital N'Djamena navigable only by boat and forced thousands to flee their flooded homes over the past month, according to aid groups and the state weather agency.

In N'Djamena's eighth district, families have piled into wooden boats to cross streets that have been awash with fetid flood water since the end of July.

Floods are not uncommon during the central African country's rainy season, which usually runs from May to October in its central and southern regions. But this time, the rains came early and were more abundant, quickly overwhelming drainage channels and ponds.

"None of the (eighth) district's neighbourhoods were spared by the floods this year, it's really sad to see so many people suffering," said resident Hassan Hissein Acheik, 38, standing by a vast stretch of riffling floodwater.

Across West and Central Africa from N'djamena to Dakar in Senegal, above-normal rainfall in several countries over the past month has left vast areas submerged under water.

In recent years, intense rainfall, land degradation and poor urban planning have led to more frequent flood disasters in the region, whose countries are among the most vulnerable to climate change, according to the Notre Dame Global Adaptation Initiative index.

"The country has not recorded such a quantity of rainwater since 1990," Idriss Abdallah Hassan, a senior official at the state weather agency told Reuters on Monday, describing the situation as catastrophic.

"Entire towns have found themselves under water," he said.

'AT THE MERCY OF MOSQUITOES'

Over 442,000 people in Chad had been affected by the floods as of the end of August, the latest figures from the U.N. humanitarian office (OCHA) show.

In N'Djamena, some residents have sought refuge on the grounds of a local school, pitching makeshift shelters out of sticks and bits of cloth that are inadequate defence against circling clouds of mosquitoes.

Forty-one-year-old widow Caroline Mossédé said she and her four children had been sleeping rough at the 9th district school with no money for the past three weeks, after their home collapsed in the flood.

"We are at the mercy of the mosquitoes. We have no food and some of us have malaria. Nobody is thinking of helping us, the authorities are watching us from afar as if we were migrating birds."

"But we are aware of the growing needs of our compatriots who are in difficult situations," he told Reuters on Monday. 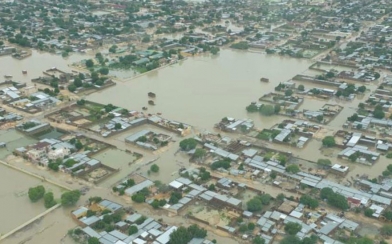