A dangerous storm system in South and Midwest USA has produced dozens of tornadoes, strong winds, hail and heavy rain since Monday 20 May, 2019. The states of Oklahoma, Kansas, Texas, Arkansas and Missouri have all been affected, with major flooding reported in parts of Oklahoma and Missouri.

The heavy rain is expected to increase river levels, many of which have been high since March this year. As of 22 May, rivers were above flood stage in 370 locations across the South and Midwest.

Missouri Governor Mike Parson declared a state of emergency in response to flash flooding, strong winds, heavy rain and hail. Associated Press said that the heavy rain was called a contributing factor in the deaths of two people in a traffic accident Tuesday near Springfield, Missouri.

In a statement of 21 May, the governor said:

“We are experiencing a very dangerous severe storm system with multiple threats that must be taken seriously. The very heavy rainfall yesterday and today, combined with saturated soil and very high water levels on many rivers and streams have created dangerous conditions around the state.”

There have been numerous instances of flash flooding in urban areas and along rivers, creeks since Monday, 20 May. First responders performed water rescues due to flash flooding in Jasper and Newton counties. Wind damage left at least 4 campers injured when a severe storm hit Wheatland, in Hickory County.

The governor added; “I urge all Missourians to closely follow their local weather forecasts, take storm warnings seriously, and quickly act to protect themselves and their families when necessary.”

Missouri State Emergency Management team is closely monitoring river levels on the Missouri and Mississippi rivers and tributaries, which are expected to rise again through the weekend.

The state has been battling flooding since March this year. On 20 May President Donald Trump approved a major disaster declaration request by the Missouri Governor. The funds will help pay for infrastructure repair and emergency response costs associated with storms and flooding that swept through parts of the state 11 March to 16 April, 2019.

Parts of Oklahoma have received as much as 200mm (around 8 inches) of rain since Monday, 20 May.

At least 11 people have been injured and dozens of homes damaged. The State Emergency Operations Center was activated as a result of severe weather and flooding impacts across the state.

Oklahoma Department of Emergency Management reported on 21 May that flooding had forced around 300 people to evacuate their homes in El Reno in Canadian County and Osage County. Dozens of flood water rescues were also carried out in Stillwater in Payne County and Washington County.

Around 20 roads across the state have been closed and homes have been damaged in parts of Tulsa, as well as Pottawatomie, Cherokee and Delaware counties.

The U.S. Army Corps of Engineers reports many area lakes and reservoirs are at high levels due to recent rainfall. Controlled releases of at least 160,000 cubic feet per second are expected at Keystone Dam in the north east of the state.

The department added, “This may cause flooding in areas below Kerr Dam on Lake Hudson near Locust Grove and below Pensacola Dam near Langley. Residents in these areas should monitor local water levels and be prepared to evacuate. A flash flood warning is in effect for south central Mayes County/east central Wagoner County as well as northeastern Mayes County as a result of the releases.”

A State of Emergency remains in effect for 66 Oklahoma counties due to severe storms, tornadoes, straight-line winds, and flooding that began in April this year.

Some crazy flooding in Stillwater! Be safe! pic.twitter.com/UZtQ3Fk4NB

I call this Lake Western and 19th #flooding #Stillwater pic.twitter.com/nbX8lOx13Y

MAJOR FLOODING IN EL RENO AREA WOW… look at all that water! Sky 5 flies over heavy-flooded areas near El Reno in Canadian County. Residents there are urged to avoid travel. #KOCO5#weather #flooding #storms

That's the INTERSTATE…. I repeat. I-40 in El Reno under water.#okwx #floodingpic.twitter.com/Hle6sdcqMl 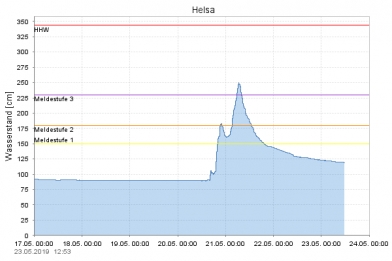 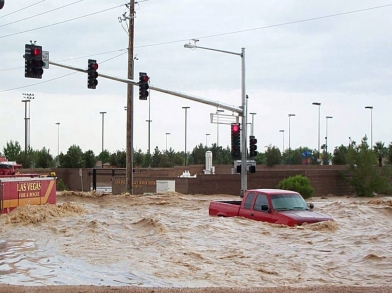