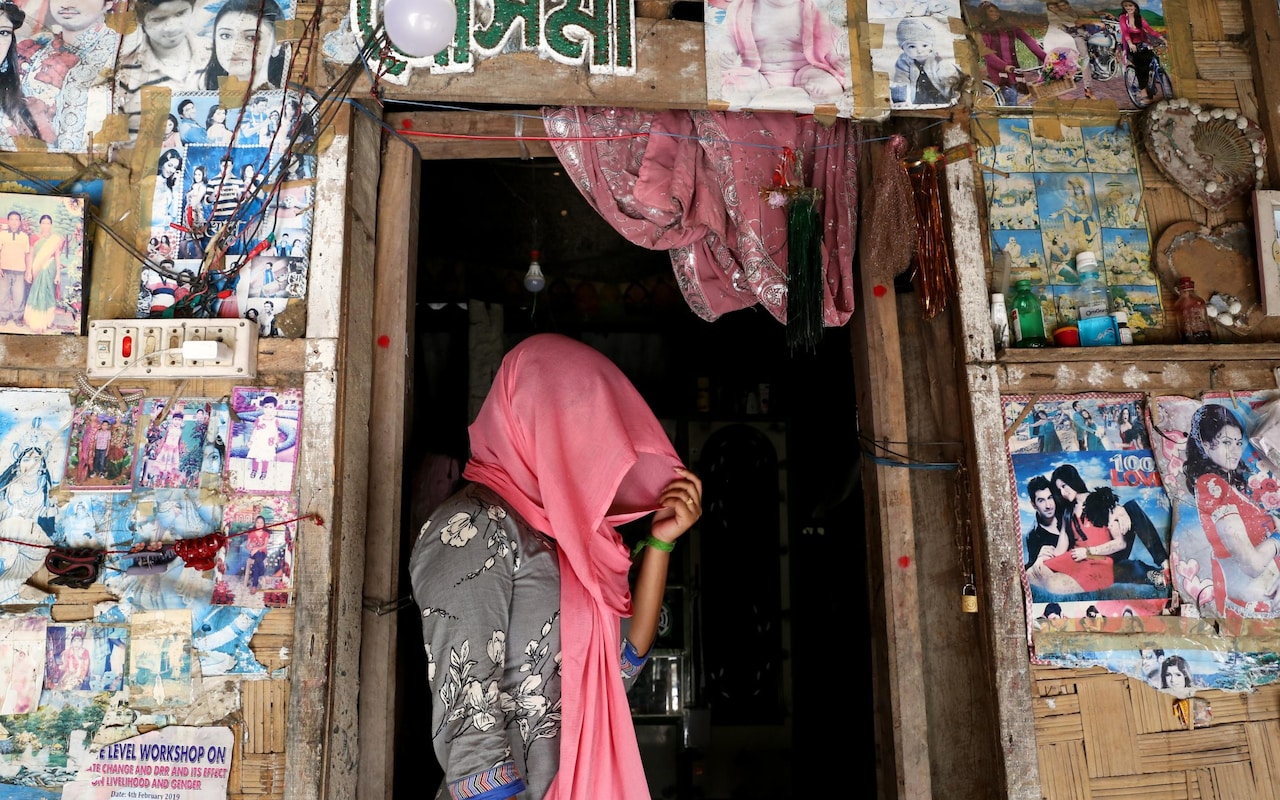 Anu, 18, was trafficked at the age of 11 after a flood destroyed the family's livelihood. She now works with Badhan Mukti, a trafficking survivors collective | CREDIT: Catherine Davison

The flood came first, washing away everything in its path. A few months later a stranger appeared in the village.

By that time, Rumana* had been sleeping under a piece of tarpaulin on the side of the road for six months. It was 2010 and Cyclone Aila had destroyed most of the houses in Goran Bose, the village in eastern India where the 14-year-old lived.

Her father had left almost immediately after the disaster to find work in the city, but the money he sent home wasn’t enough, and the family often had to resort to begging. Rumana’s predominant memory of that time is of “poverty and hunger”.

So when the stranger offered her work in a garment factory 100km away in Kolkata, she didn’t hesitate.

But there was no exciting new job in the city. Instead, the man sold her to a brothel in Kolkata’s infamous red light district, where she spent the next three years in forced prostitution. 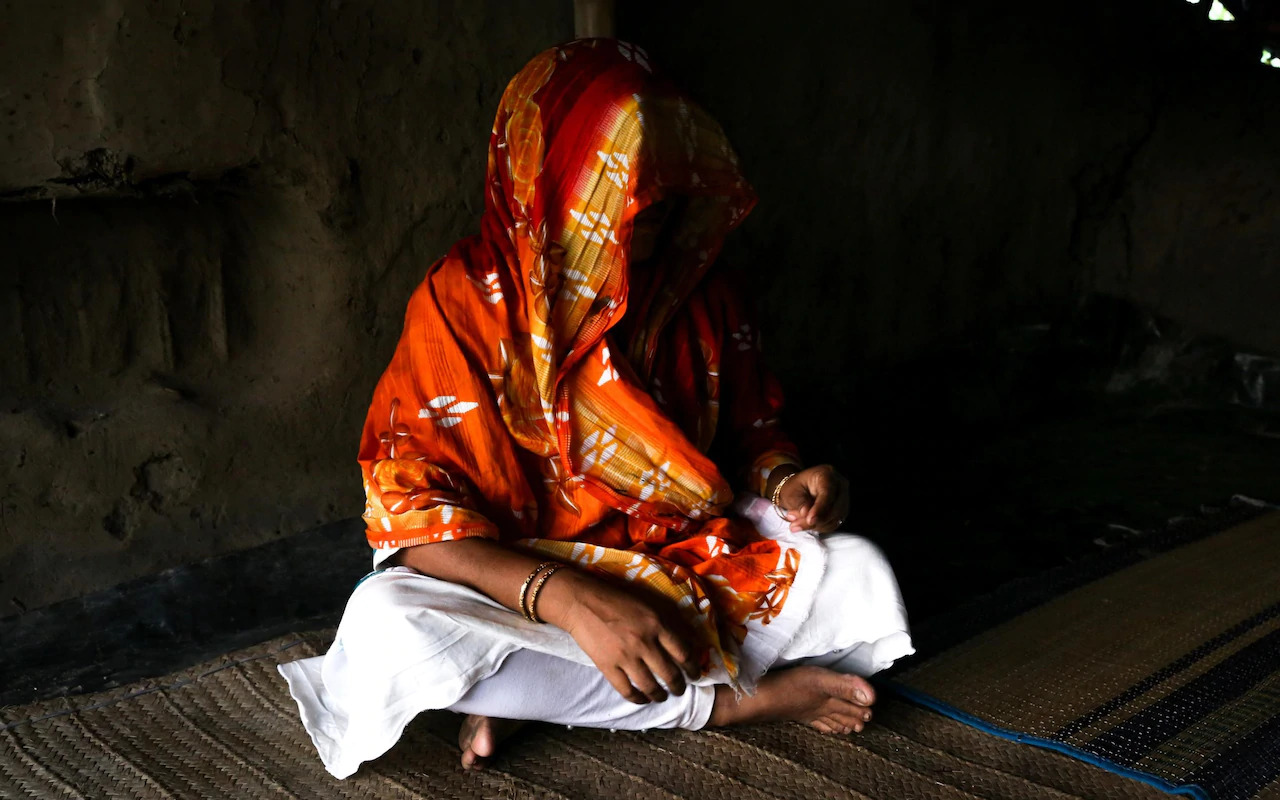 Rumana, 24, was trafficked at the age of 14 after Cyclone Aila destroyed her family home CREDIT: Catherine Davison

“I had this dream of earning an income,” she says. “Then I realised it was only a dream – it will never be fulfilled.”

Her story is sadly not unusual in the Sundarbans, a delta region between India and Bangladesh where poverty, proximity to the border and vulnerability to cyclones and coastal erosion have for years converged to create a human trafficking hotspot.

But the twin crises of climate change and coronavirus are adding to the mix and activists now fear that thousands of women and girls in the region may be at increased risk of human trafficking in the coming months.

In May, Cyclone Amphan, the strongest cyclonic storm to hit the region in over two decades, left thousands without shelter or livelihoods. Travel restrictions in the wake of Covid-19 have complicated the disaster response and humanitarian organisations have reported difficulty delivering emergency supplies such as food parcels, medical equipment and materials for rebuilding houses. They fear this may prolong the impact of the disaster. 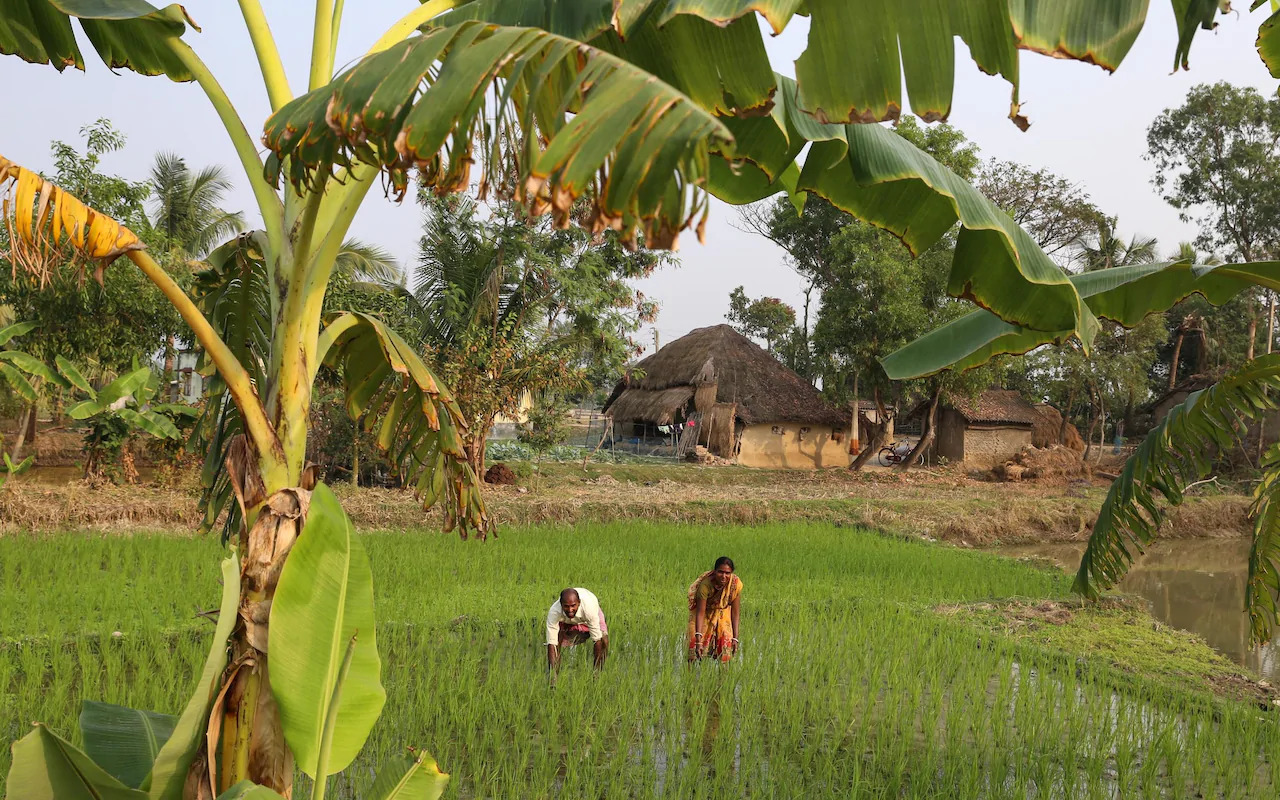 A husband and wife working in a rice paddy field in the Sundarbans, an area which flooded in the storm surge caused by Cyclone Amphan in May | CREDIT: Catherine Davison

“We may be facing the largest historical crisis in terms of trafficking in this country,” he adds. “We need to pay attention.”

The region is almost entirely agricultural, and when land is flooded it can remain saline and infertile for up to five years, plunging families without a safety net into poverty.

People are often forced to leave their communities to look for work after a natural disaster but for women this can often mean they end up being trafficked.

A report from the International Organisation for Migration found an increased rate of trafficking after Cyclone Aila in 2009. 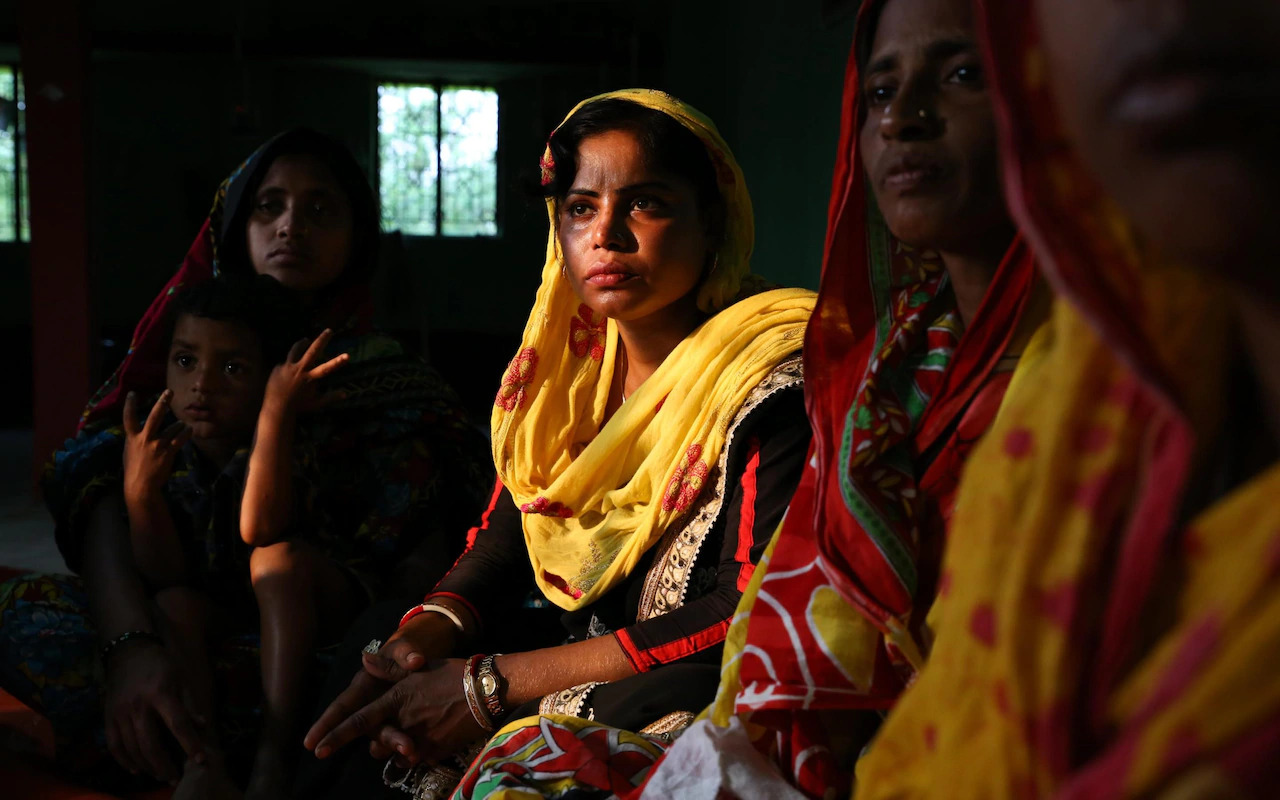 Rumana sees a direct link between the cyclone and her ordeal.

“If it weren’t for the flood, I would not have had to migrate,” she says. “If we could tend our land, if we could support our family with an income, then there would be no reason to leave. But there are no options here.”

It is estimated that around one in five families in the region receive remittances from a family member who has left the region to find work but Mr Macwan says that when women leave in response to a sudden disaster it is “distress migration, not safe migration,” creating opportunity for exploitation. “The way it happens is mostly deceit – you go for domestic work but you end up in a brothel,” he says.

Lockdown saw an exodus of migrant workers from the cities, but the easing of restrictions has also created a “huge demand right now from various businesses, including trafficking of girls for sex,” he adds. 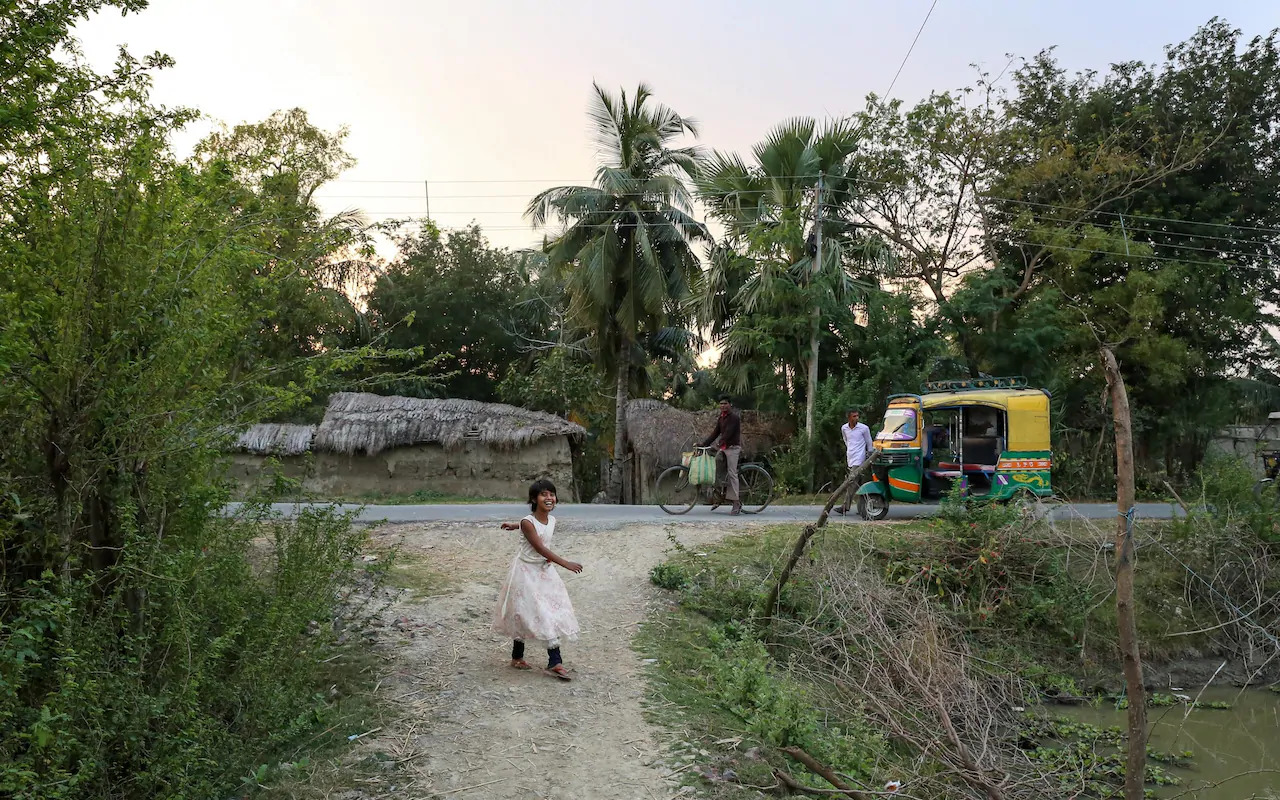 The organisation has already received increased reports of traffickers working in the region.

Many are locals, “normal people,” says Mr Macwan, drawn into trafficking after a disaster by the same poverty that forces people to migrate. Trafficking can be a lucrative business, with agents earning anywhere from 1000 rupees – the average monthly income in the region – up to 50,000 rupees for each girl they traffic.

NGOs also fear an increase in child marriage in response to the current crisis.

Subhasree Raptan is the programme director of GGBK, an NGO based in the Sundarbans which focuses on human trafficking prevention and rehabilitation.

“If a girl gets a proposal for marriage, the parents think at least my children will be safe there, at least they will get food there, because they cannot even provide that,” she says. 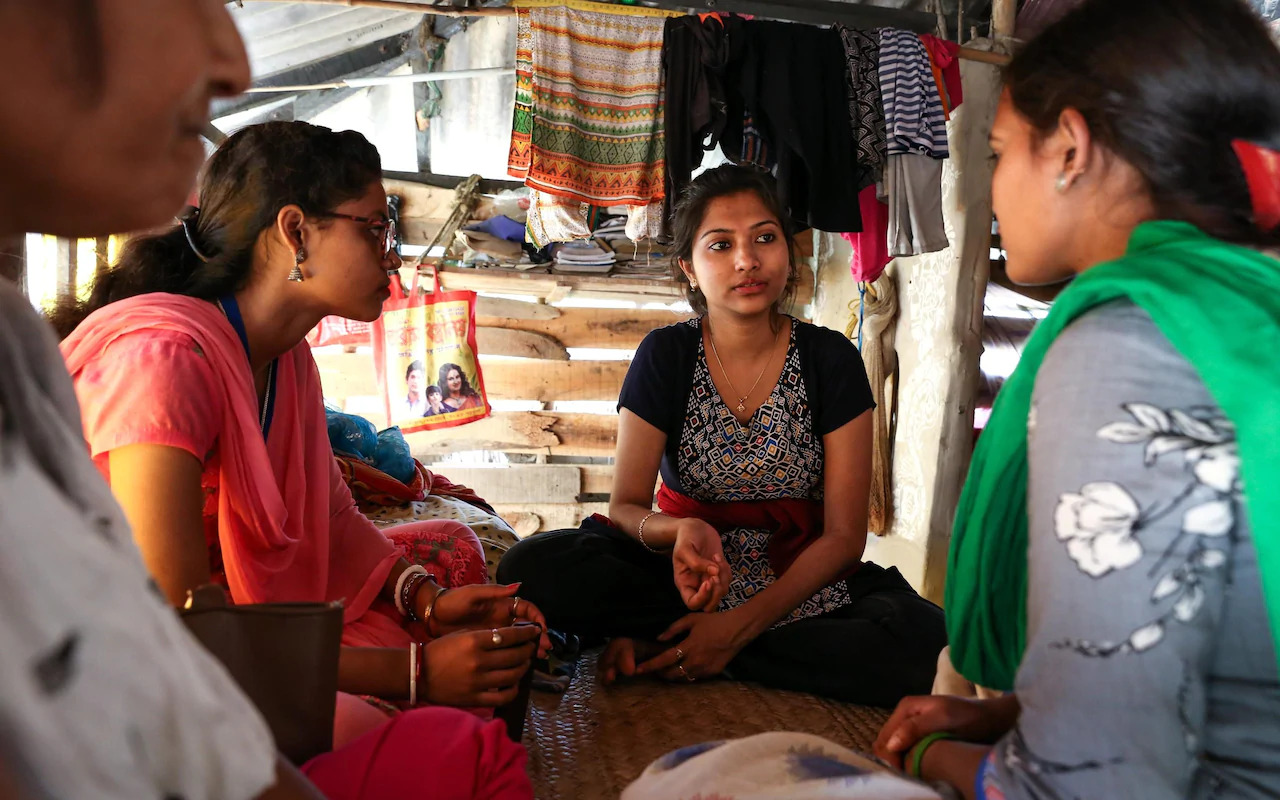 Child marriage often increases  in times of economic distress, Ms Raptan says, putting young girls at risk. “There are cases where the girl was taken in the name of marriage, but actually she was sold to a brothel. This is how the vulnerability is exploited.”

Afsana knows only too well how child marriage can lead to trafficking. She was married to a friend of her father’s at the age of 16, a year after a flood in 2010 which killed all of the prawns in her family’s fish farm, leaving them with no income. “I had to get married due to poverty," she says. "My parents had eight girls. It was difficult for them to manage.”

But her husband was an alcoholic and when Afsana ran away to work as a maid in Kolkata, her brother-in-law drugged her and sold her to one of the largest brothels in Pune, a city on the other side of the country.

Afsana now works with GGBK to highlight the risks of trafficking in the region, as a member of a survivors’ collective called Bandhan Mukti. An important part of their work is teaching local schoolchildren about the dangers of trafficking. 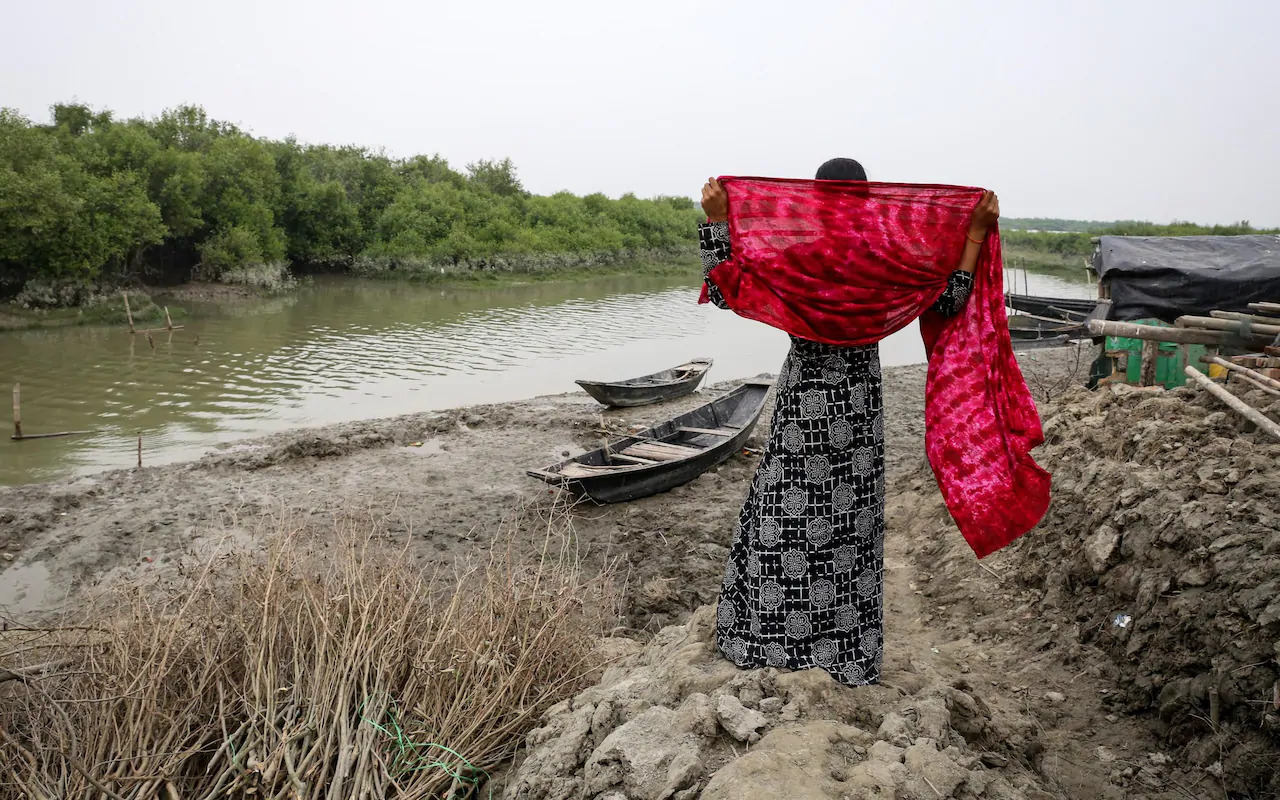 Afsana, 26, was married at the age of 16, a year after a flood left the family without a source of income, and was later trafficked | CREDIT: Catherine Davison

The key, Ms Raptan says, is to reduce stigma around trafficking and create awareness so that girls know how to spot suspicious behaviour. “We cannot stop migration,” she says. “But how are we promoting safe migration?”

As a result, many members of Bandhan Mukti have reported girls coming to them for help in preventing child marriages or potential trafficking cases. “People see us as victims, but we are also leaders,” explains Anu, a Bandhan Mukti survivor who was trafficked into forced prostitution for three years at the age of 11.

Nowadays, she feels less confident that the group can make a difference. The pandemic and destruction wrought by the cyclone mean that the women are currently unable to visit many of the most remote communities. “People cannot campaign easily like earlier,” she says. “Children and women are lacking a support system.”

And as climate change causes sea surface temperatures to rise, the frequency and severity of cyclones like the one earlier this year is set to increase. A decade on from the flood which washed away her family home, Rumana is rebuilding it once again. 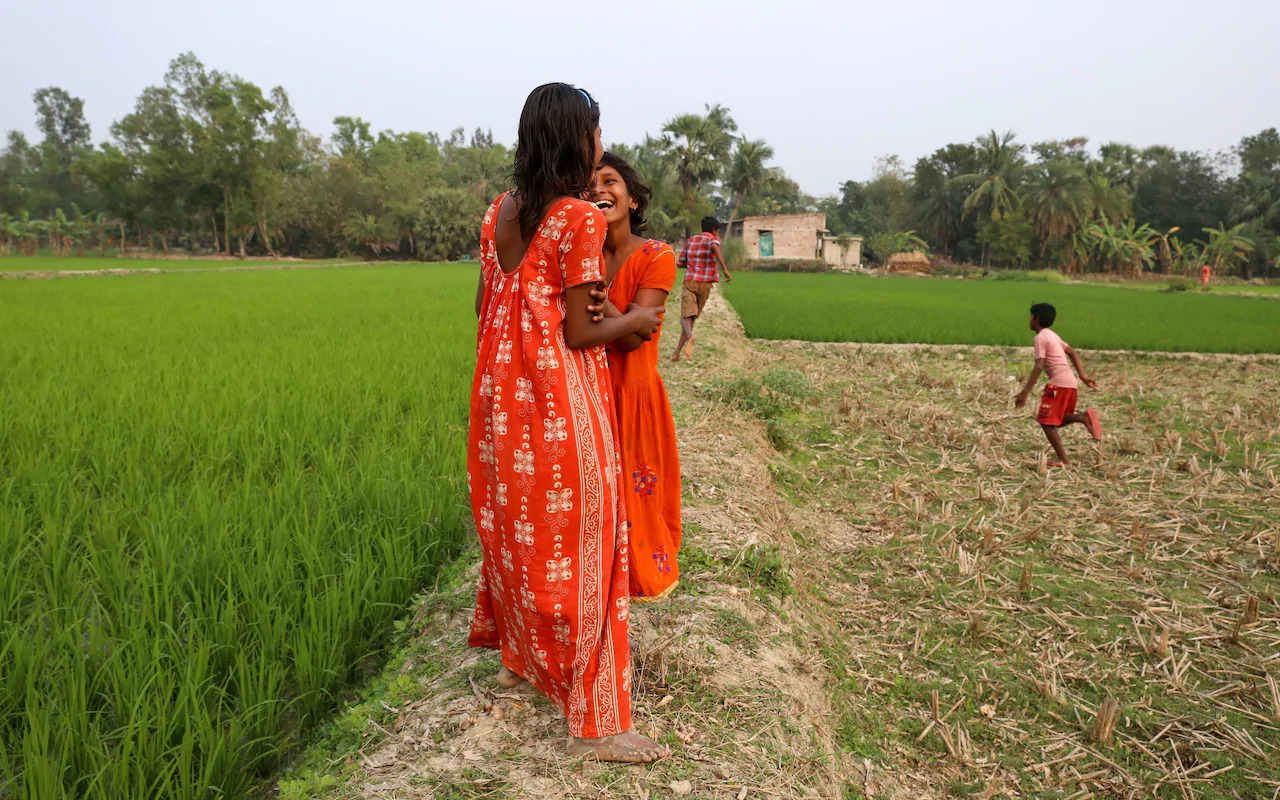 Climate disasters and coronavirus are increasing poverty in the region, leaving girls and young women at risk of child marriage and trafficking | CREDIT: Catherine Davison

“Every year it comes again, our houses are washed away, we build, again it is washed away,” she says, sounding exhausted. “It goes on and on and on.”

Mr Macwan thinks it will be some time before the full impact of the pandemic is clear. “You only measure the trend when the trend has already happened. You’re unable to see it while it’s happening,” he says. But he is not optimistic.

“Hunger and poverty are increasing. Overall our estimate is that the number of trafficking cases will go up.”

"Only time will tell by how much," he adds.

*Some names have been changed to protect identity 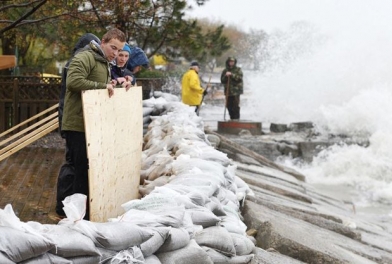 'More than one emergency': Durham prepares for floods during coronavirus 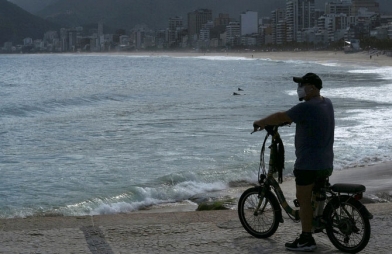 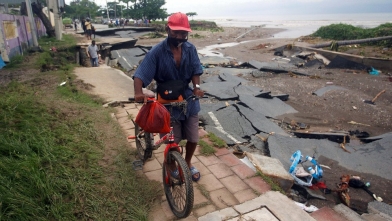