The Gulf Coast and southeastern United States endured the first significant impact of the 2021 hurricane season over the weekend in the form of Tropical Storm Claudette, which formed early Saturday morning after the system made landfall, then weakened to a depression, and regained tropical-storm-force over land again during the early morning hours on Monday.

Claudette turned deadly on Saturday when 10 people, including eight children, were killed in Alabama in a crash involving 15 vehicles, The Associated Press reported. The crash occurred on Interstate 65, about 35 miles south of Montgomery, Alabama. Three additional deaths were reported as a result of Claudette on Saturday. A 24-year-old man and a 3-year-old boy were killed when a tree fell on their house near Tuscaloosa, Alabama. A 23-year-old woman died when her car ran off the road into a swollen creek in DeKalb County, according to the AP.

After being named Potential Tropical Cyclone Three by the National Weather Service's National Hurricane Center (NHC) late on Thursday afternoon, the system further developed into Tropical Storm Claudette at 4 a.m. CDT, Saturday. By late Saturday afternoon, Claudette had been downgraded to a tropical depression with maximum sustained winds of 35 mph.

As of 5 a.m. EDT on Monday, Claudette was located 65 miles east-southeast of Raleigh, North Carolina, and was moving east-northeast at 25 mph.

On Saturday evening, a flash flood warning from the National Weather Service in Alabama was upgraded to "considerable," and the agency said it could be life-threatening.
"Flooding can be impossible to see at night. Move to higher ground if you live in a flood-prone area," the NWS in Birmingham, Alabama, tweeted. The NWS also confirmed that water rescues were ongoing overnight Saturday.

Several tornado warnings were issued on Saturday morning in parts of southern Alabama and the Florida panhandle as Claudette moved inland. 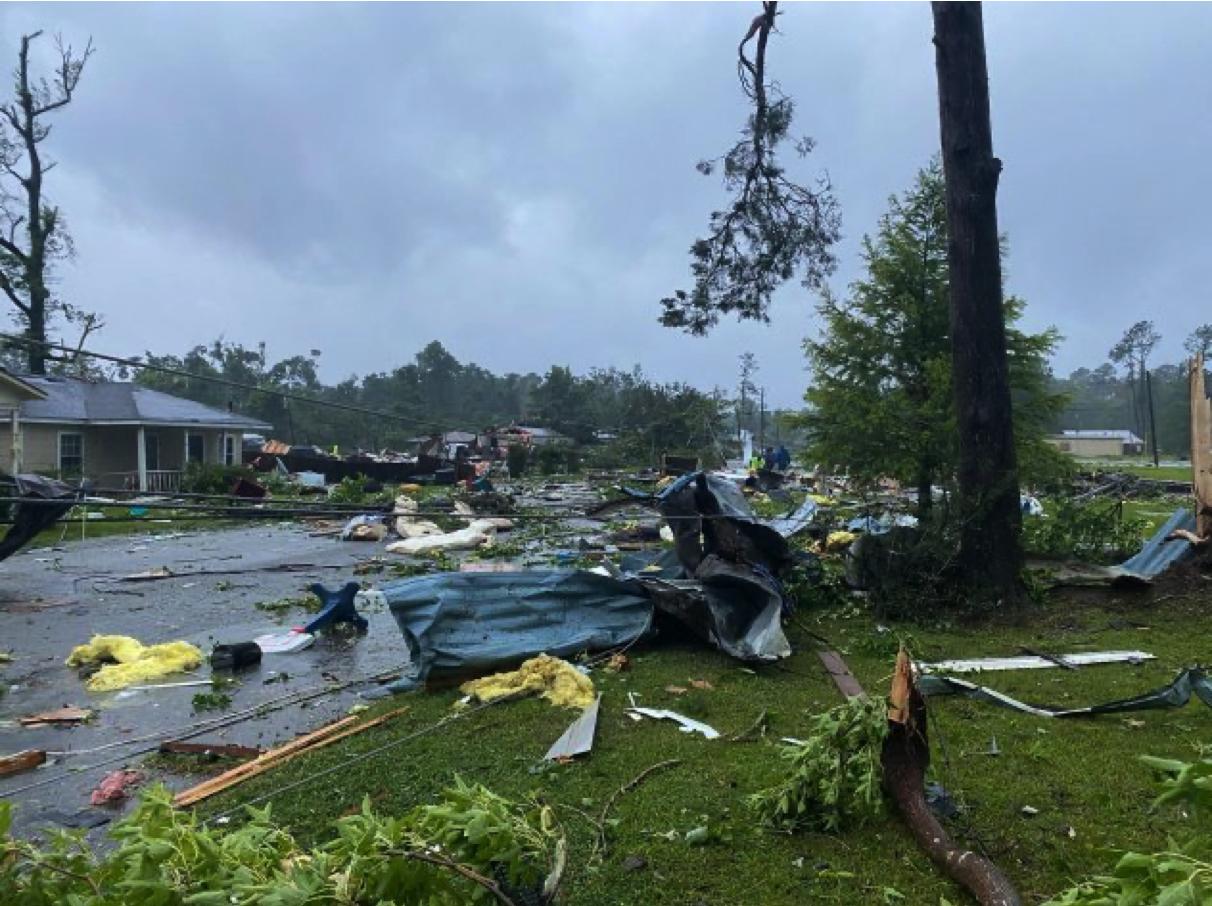 Storm damage was reported in East Brewton, Alabama, around 8:15 a.m. CDT after a tornado that was confirmed by the Escambia County Emergency Management Agency (EMA) tracked through the area. The now-confirmed EF2 tornado was one of several suspected tornadoes on Saturday morning. Damage and debris was scattered across some neighborhoods.

According to officials, the tornado resulted in damages to 30 to 40 structures in the town, AccuWeather's Kim Leoffler reported.

The National Weather Service reports that there were up to 20 injuries related to the tornado. While most were minor, two were confirmed to be serious.

A tornado in Kirkland, Alabama, was confirmed on radar, according to the National Weather Service. A trailer in Kirkland was flipped over, but no injuries were reported.

After pushing toward the central Gulf Coast Friday and Friday evening, in an unusual turn of events, Claudette formed inland over far southeastern Louisiana Saturday morning. At the time Claudette was named, the storm was packing maximum sustained winds of 45 mph -- well over the 39-mph threshold needed to be considered a tropical storm on the Saffir-Simpson Hurricane Wind Scale.

On Friday evening, AccuWeather's Bill Wadell reported that the winds in Biloxi, Mississippi, were "really starting to pick up." Boats had to be moved to the harbor to wait out the worst of the storm's impacts on the coast.

Leoffler reported that the winds in Biloxi, which reached up to 27 mph, began to stir up some waves along the coastline.

Red flags were out at Pensacola Beach in Florida on Friday evening, meaning no swimming or wading in the ocean is authorized.

"Please, please do not get in the Gulf of Mexico," Wes Moreno, Escambia County Public Works Director, Interim County Administrator, told AccuWeather's Emmy Victor. "The rip currents are there and they are strong."

Moreno said the biggest threats to the area from the storm are likely flooding and rip currents and said for the next 36 hours Emergency Management would have all hands on deck.

On Thursday, officials along the Gulf coast began to issue warnings ahead of the storm's arrival. A tropical storm warning was issued on Thursday that covered from just east of Morgan City, Louisiana, to the Okaloosa/Walton County line in the Florida Panhandle.

The New Orleans metropolitan area was covered under the warning as well. A tropical storm warning goes into effect when tropical storm conditions are expected somewhere in the area within the next 36 hours. 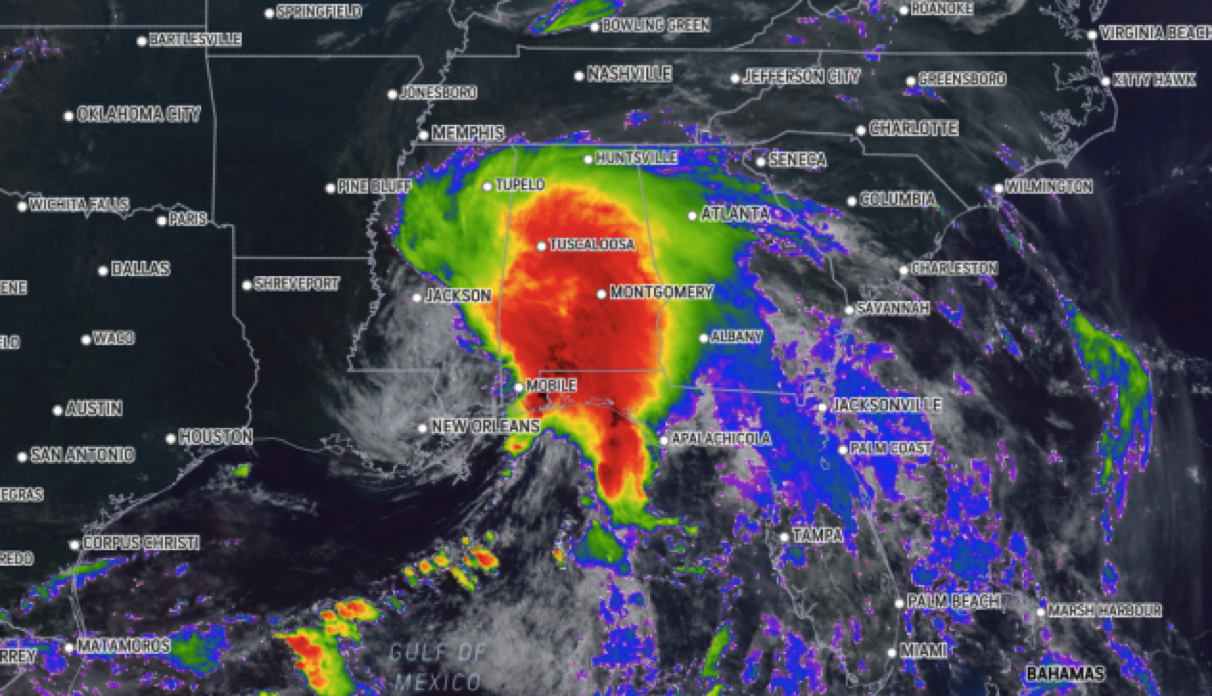 Lake Charles, Louisiana, still not fully recovered from the damages from last year's hurricane season, began preparation for Claudette. Mayor Nic Hunter posted to Facebook on Thursday that the city was requesting additional help from FEMA ahead of landfall.

"To my knowledge, FEMA has never dealt with one community that has endured four federally declared, natural disasters over the course of less than a year," Hunter wrote on social media. "The people who need FEMA’s help the most are the most vulnerable population, many of whom have endured multiple disasters with multiple applications for assistance."

As what would become Claudette approached the U.S. coast on Friday, winds really began to pick up just off the coast of Louisiana and rain continued to fall. 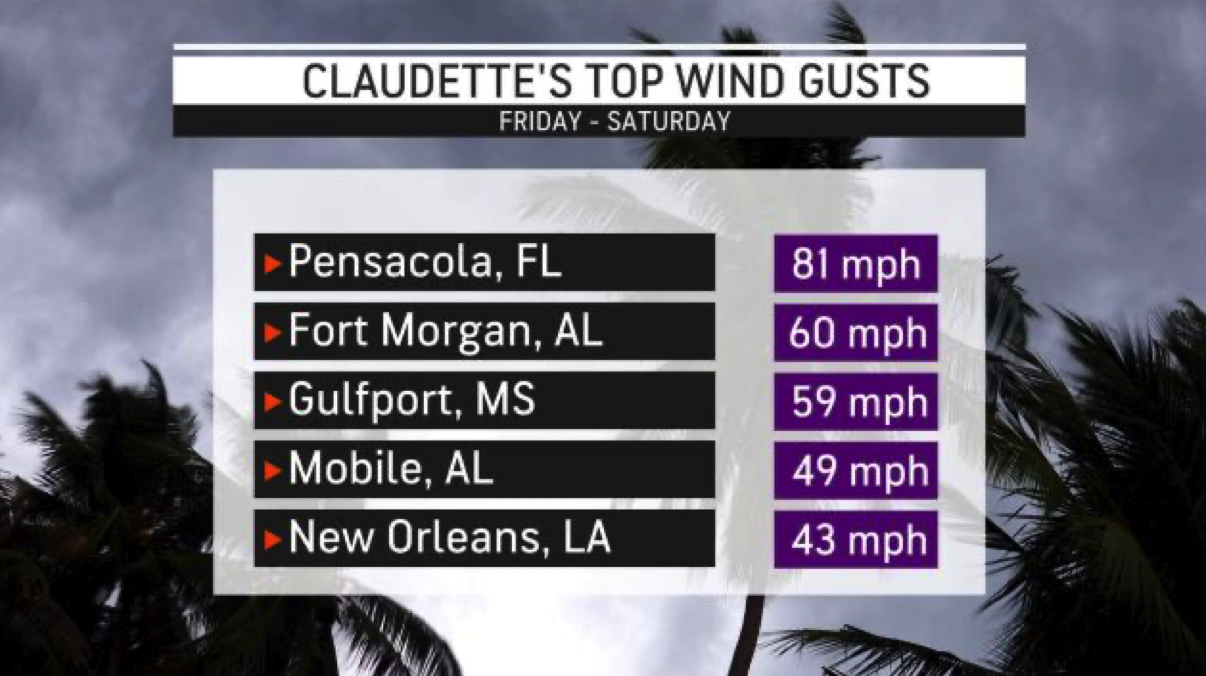 According to AccuWeather forecasters, some portions of southeastern Louisiana and southern Mississippi have already picked up more than eight inches of rain since Friday.
Ahead of the storm's arrival, the Mississippi Emergency Management Agency distributed 90,000 sandbags to residents in the southern and southeastern portions of the state to help redistribute flood water away from their homes.

With flooding being a major component of this storm for much of the affected areas, the EMA is reminding people of flood safety. If a roadway looks flooded, the agency says it is best to "turn around, don't drown."

"People drive through flooded roadways, but you can't see how deep it is or what's below, you're going in blind," Kelly Richards, Public Information Officer for the Mississippi Emergency Management Agency, told AccuWeather's Emmy Victor. "We really do urge everyone to turn around and find another way for you to encounter those flooded roadways." 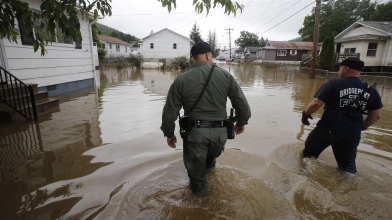 Some States Continue With Flood Resilience Planning Despite Coronavirus Challenges 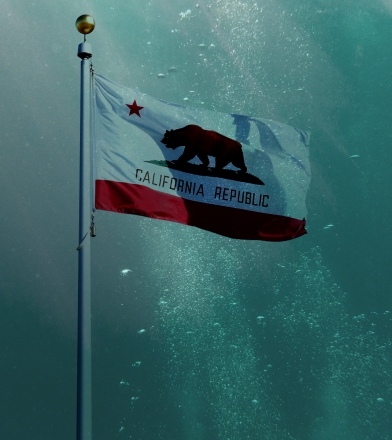 The Biblical Flood That Will Drown California 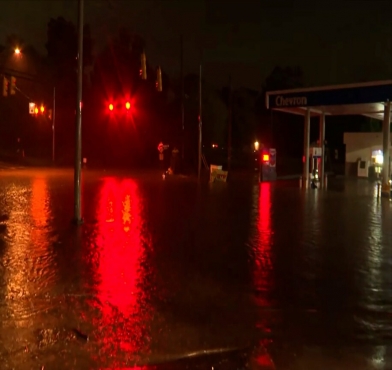