CROWN POINT, La. (AP) — Jason Kane rode out Hurricane Ida in Crown Point, south of New Orleans, and though no water entered his house, which is raised 8 feet (2 meters) off the ground, he did see metal roofs, fencing and other chunks of large debris flying through the air outside.

© Provided by The Canadian Press

“It was just nuts, man," Kane said. "I mean, nothing like I’ve ever experienced.”

Kane had parked his two vehicles on high ground away from the house. On Tuesday morning, he went to check on them, paddling a boat as far as he could, then walking the rest of the way. Both had flooded, and neither would start.

While New Orleans largely escaped catastrophic flooding during the storm, many smaller communities were not so lucky. About half of the properties in Grand Isle — a narrow barrier island town that bore the full power of Ida's winds on Sunday — were either heavily damaged or destroyed. The main roadway was nearly completely covered in sand that had been brought in by the tidal surge, and all of the utility poles were either leaning or had crashed down.

Grand Isle Police Chief Scooter Resweber took shelter with about a dozen fellow officers inside the police station Sunday as they watched buildings across the street be torn to pieces.

“When the roof started to come apart and the building trembled, we all got scared,” Resweber told The Associated Press. “We’re grown men but you do have fear in you, no matter what job you’re in, and we felt it."

Resweber and other officers ventured out early Monday to assess the damage and check on the nearly 100 residents who had decided to stay behind. Resweber said his home was among the hundreds destroyed by Ida.

“I’ve ridden out other hurricanes — Hurricane Isaac, Katrina, Gustav, Ike — and this is no comparison whatsoever," he said. "This is the worst. … It’s just amazing that no one (here) was killed or even seriously injured.”

Residents in LaPlace, located along the west side of Lake Pontchartrain near New Orleans, retreated to their second floors or attics and took to social media to plead for boat rescues as the water rose around them.

An AP reporter who flew over the city with Gov. John Bel Edwards on Tuesday saw a scene of complete devastation: uprooted and splintered trees lying on houses, buildings with collapsed ceilings and no roofs, streets flooded with water and the contents of houses strewn across yards.

Trucks and boats on trailers began arriving on Monday to take people to safety. Among those rescued by boat were Debbie Greco and her family, including her elderly parents, all of whom had cowered on a stairway landing as Ida sent 4 feet (1.2 meters) of muddy water rushing into her home.

“God blessed us that we all survived,” she said.

Other residents got to dry ground by wading through knee-deep water carrying pets and other belongings.

Robert “T-Bob” Dampier, of Marrero, was among the local volunteers with boats offering to help with search and rescue efforts Tuesday.

“They’re down here at the top of their house, on the roof or wherever,” he said. “I got a boat. I’m willing. ... I mean, if it was the other way around, you know you’d hope they'd do the same for you.”

Vincent Ochello and Evan Michel have been checking on neighbors by boat in Lafitte, a small community 25 miles (40 kilometers) from New Orleans.

The pair is going door to door to see how those who stayed behind and did not evacuate are doing. Michel is driving his boat through the flooded roads, and Ochello is broadcasting on Facebook.

New Orleans’ levee system — overhauled at a cost of billions of dollars after Hurricane Katrina breached it — held up against Ida’s rampage.

But in LaPlace, work only recently began on a long-awaited levee project that isn’t expected to be completed until 2024.

In Lafitte, a small community south of Crown Point, even homes on stilts were flooded and residents had to use boats to navigate the submerged streets. And in Houma, a city of about 30,000 people southwest of New Orleans, entire neighborhoods were shattered, with homes in some places reduced to splinters. Boats that had been tossed from their docking locations were piled on top of each other.

It’s too soon to determine the full scale of Ida’s wrath in Lafourche Parish, where the hurricane came ashore, said sheriff’s office Capt. Brennan Matherne. The narrow parish with 96,000 people stretches 70 miles (nearly 115 kilometers) from Thibodaux to the Gulf of Mexico.

“Pretty much every home has damage. ... It just gets worse as you go down,” Matherne said.

Ida made landfall just to the west of Grand Isle with a wind gust recorded at 172 mph (277 kph) and seawater swamped the island.

Many homes that did not flood or suffer other damage were still without electricity, and officials warned it could be weeks before the power grid is repaired.

More than 1 million customers in Louisiana and Mississippi — including all of New Orleans — were left in the dark. With water treatment plants overwhelmed by floodwaters or crippled by power outages, some places were also facing shortages of drinking water. About 441,000 people in 17 parishes had no water, and an additional 319,000 were under boil-water advisories, federal officials said.

Edwards urged evacuees not to try to return home, citing the widespread power outages, road closures and other dangerous conditions.

“The schools are not open. The businesses are not open. The hospitals are slammed. There’s not water in your home and there is not going to be electricity,” he said on Tuesday after touring LaPlace in hard-hit suburban St. John the Baptist Parish, where 80% of rescues took place. “So let’s get you where you can be safe and somewhat comfortable.”

Some residents vowed to rebuild after the storm, but Greco and her father, 85-year-old Fred Carmouche, said they are tired of the constant hurricane fears on the Gulf Coast.

“When I rebuild this I’m out of here. I’m done with Louisiana,” Carmouche said. 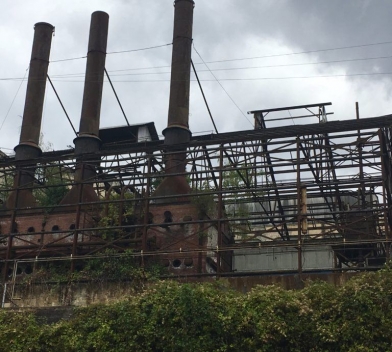 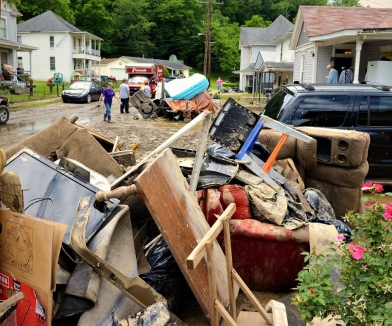 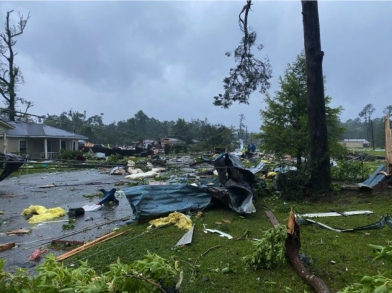